In 1846, a man named Boniface Wimmer brought 18 of his followers with him into the Pennsylvania wilderness with the hopes of building a Benedictine monastic order to minister to the German speaking population of the state. In the winter of 1848, the struggling Wimmer lamented, “We have had no vegetables other than beans. (The potatoes rotted and cabbage was scarce.) The bread was two-thirds corn meal and was stone hard. One has to have a healthy stomach for it so as not to burst.” He also noted that the lack of “that nutritious beverage,” beer combined with poor food made existence almost unbearable. Wimmer hoped one day to build a brewery at Saint Vincent to produce beer for monastic consumption. Several years later Wimmer’s desire to construct a brewery and the subsequent manufacture of monastic beer led to a struggle with the Diocese of Pittsburgh and Catholic temperance advocates that would last more than half a century and be debated in Rome. The Saint Vincent Brewery first opened in 1860 and stood next to the Gristmill until its demise on January 13, 1926 when a mysterious fire burned the building to the ground.

Saint Vincent brewery after the fire 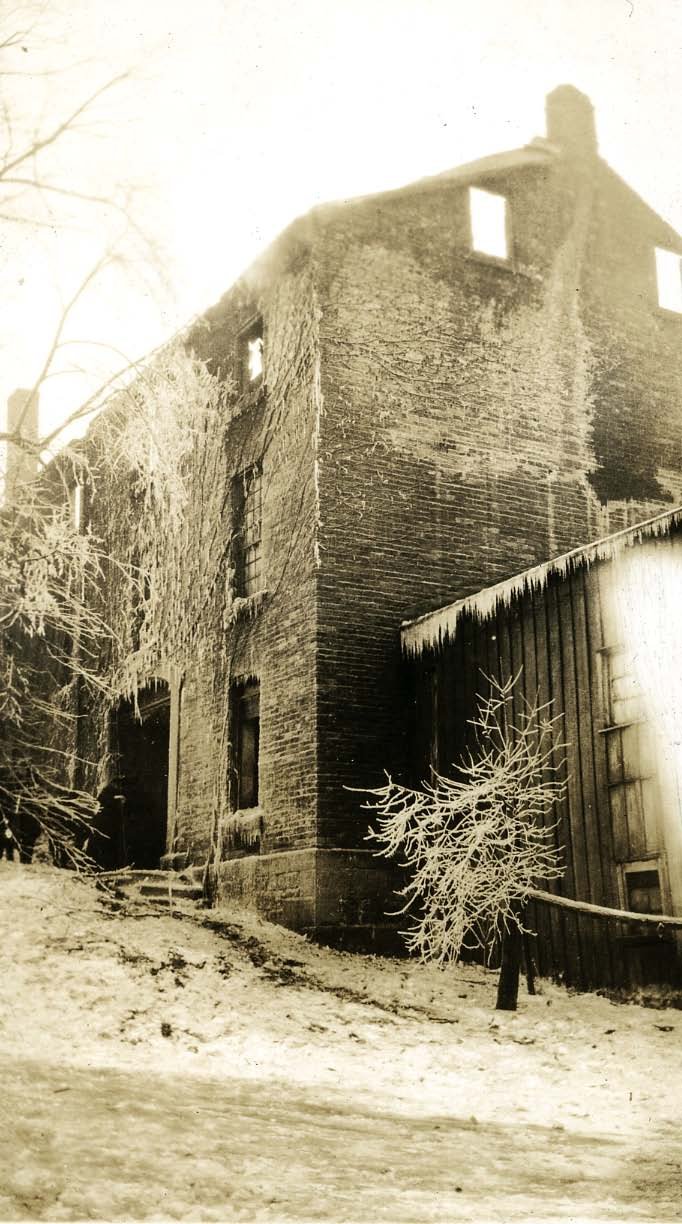 Breweries were common structures in German monasteries in Europe and often contributed to the self-sufficiency of a monastery and created a valuable source of revenue if the monastery chose to sell their beer to the public. For Wimmer, a brewery seemed like a natural decision and one that was in perfect agreement with Bavarian and monastic tradition as “the Benedictines were Germans accustomed to beer in their own country, where cold water is principally used for washing and cooking purposes.”[1] In 1849, Wimmer purchased the first brewery associated with Saint Vincent after disastrous incident with his nephew. The nephew arrived in America with 1,000 florins that he was to bring to his uncle, Boniface Wimmer. Instead of delivering the money, he embezzled it and was promptly discovered. Wimmer wrote, “Since he no longer had it [the money], I could not get it from him. He bought a brewery in the expectation of a good marriage. It fell through. I loaned him money in order to make it possible for him to pay the 1,000 florins or be able to pay it myself. Since he again displayed an inclination to seek his own advantage rather than mine, I threw him off the premises and kept the brewery for myself.”[2] Wimmer hoped that the funds raised from the brewery, located in Indiana, Pennsylvania, would allow him to recuperate the debt from his nephew.

When the Bishop of Pittsburgh and avid temperance advocate Michael O’Conner learned of Wimmer’s Indiana brewery, he demanded that the monks shut it down immediately. Wimmer argued that it would be impossible to do this without incurring a considerable financial loss and he refused the bishop’s order to cease production. When he heard nothing further from O’Conner, Wimmer assumed the incident had blown over. However, O’Conner was not ready to concede to Wimmer and escalated the argument by refusing to canonically raise the monastery at Saint Vincent to the rank of priory.[3] Wimmer attempted to have Italian Cardinal Cardinal Filippe Fransoni intervene on his behalf but the pope stated there would