This trail is near the John Gordon House and is the site of Gordon's Duck River Ferry. This was also within Chickasaw Nation boundary, so Gordon entered into a partnership with one of them, George Colbert. The ferry actually was operating longer than the Natchez Trace as a trade and commerce trail. It was replaced by a bridge in 1896. The general store near the Gordon House had a famous employee, the future U.S. senator from Tennessee, Thomas Hart Benton.

The trail leads down to Duck River, where the ferry might have been (no actual location is given). Photo courtesy Steven L. Markos. 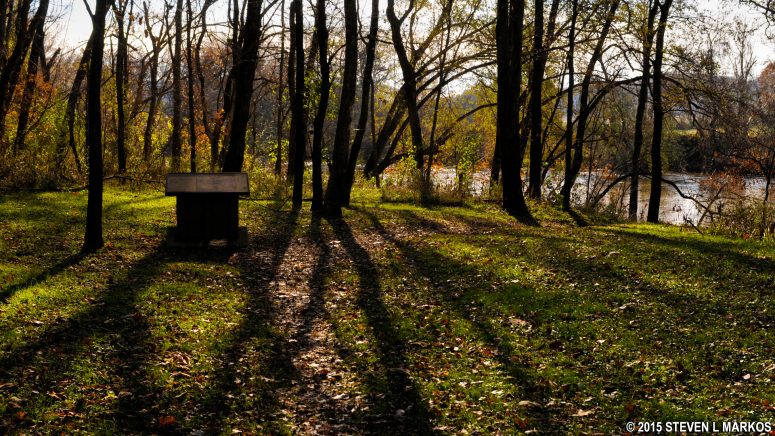 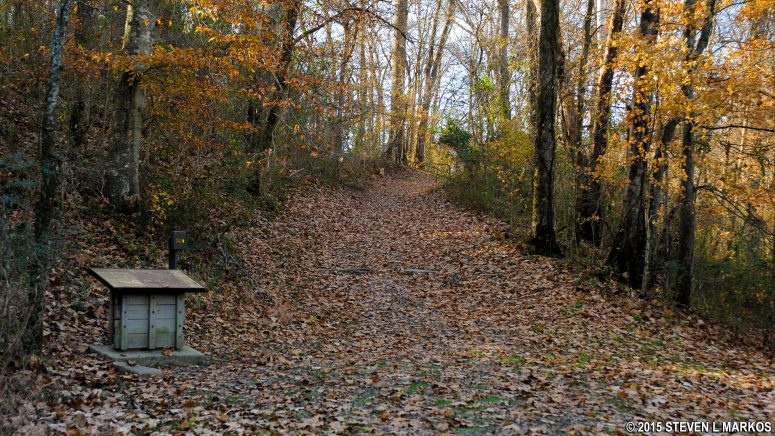 This trail leads to the Duck River's edge. Be careful! You could wind up in the river if you slip on the trail when it is wet. Photo: Steven L. Markos. 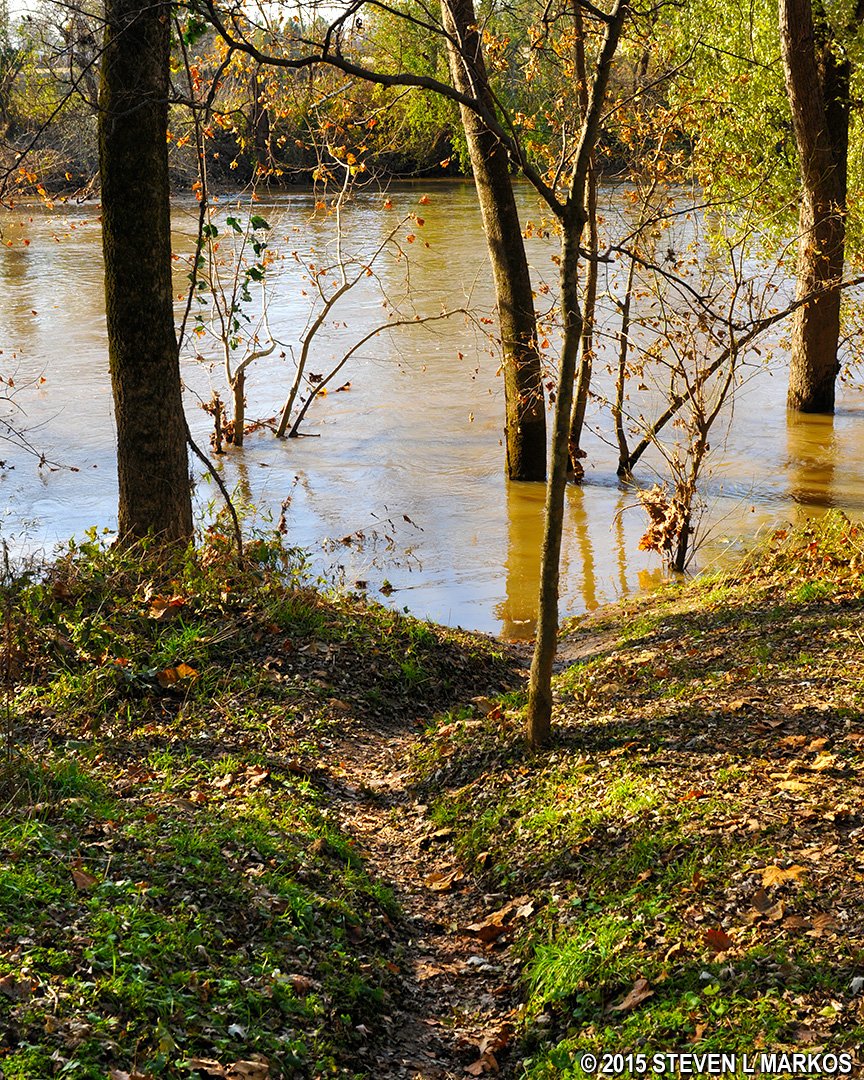 The Gordon Ferry Trail is about a half-a-mile round trip with a stop at the Gordon House. It takes about 30 minutes to walk it and also visit the Gordon House. One can hike a part of the old Natchez Trace, by going down a hill and going left across a field. Not far after that, one will encounter a footbridge crossing the Flatt Bread Branch (creek). On a cold day, be careful because ice can form on the bridge and is impossible to see. After going past the bridge, one will be walking on the Old Natchez Trace, going up a minor hill along a gravel road and then following a narrow footpath down towards the river.
On that path, it is advised not to walk close to the Duck River's edge, as the possibility of slipping and falling is real when the path is wet and one could wind up in the river. One can return to the Gordon House the same way they came to the Ferry.
The Gordon Ferry is part of the enterprise John Gordon and Chickasaw Indian chief George Colbert. It also included the general store and the Gordon House was also located there. It crossed the Natchez Trace, which runs between Natchez, Mississippi and Nashville, Tennessee, fifty miles away south of Nashville. The general store had a boy working there named Thomas Hart Benton, who would wind up becoming a United States Senator from Tennessee.
Gordon started in Nashville and had several business holdings, including a 505-acre farm just southwest of a growing community. Gordon started showing some interest in the area around Duck River in Tennessee. Gordon is said to have been living in the Duck River area, ultimately called Gordon's Ferry, in 1802. The State of Tennessee granted him 640 acres at the site, and he wound up with a total of 1,514 acres in the area. The ferry would outlast the Natchez Trace, which finally ceased operations in 1896 when a bridge was built across the Duck River.