One of only two original houses left on the Natchez Trace Parkway, this Federal-style house was built in 1818 and was the home of John Gordon, a settler who earned a reputation as a fierce frontiersman during the era when Native tribes challenged the encroachment of settlers of European descent in this region. Gordon was also a local farmer who also operated the Duck River Ferry. Gordon died in 1819 and the home and business was operated by his widow, Dolly Gordon, until her death in 1859. The location of that ferry is accessible from this location via a short trail. The Gordon family also earned money by selling goods and boarding travelers along the Natchez Trace. 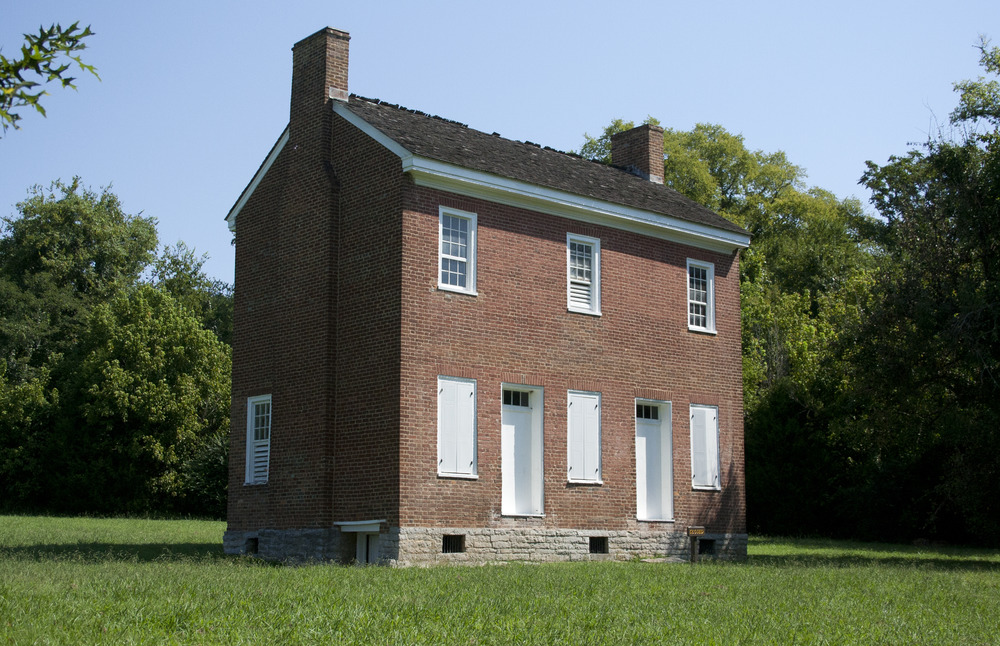 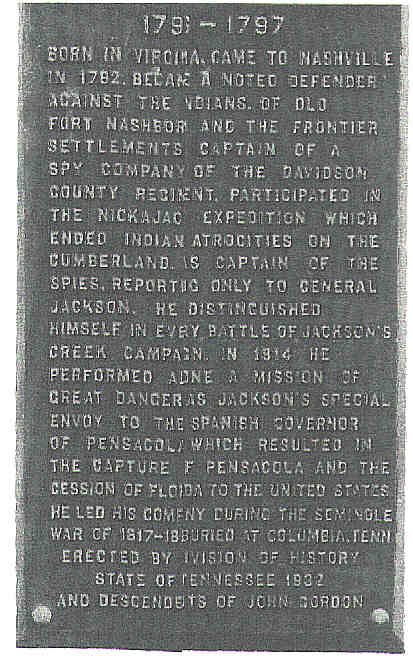 John Gordon was a local farmer who also operated the Duck River F which was located near this home. This house was built within the Chickasaw Nation Boundary, and Gordon was able to live in the area only owing to an agreement with the leaders of the tribe who hoped to acquire trade items. Gordon came to the area in the early 1800s as the army was clearing and widening the Natchez Trace.

There are also several places along the Trace where Gordon did business. Not long after the house was built, Captain Gordon joined Andrew Jackson's army in the Creek and Seminole wars. In 1819, Gordon died of pneumonia and his wife Dolly assumed ownership of the home and lived here until her death in 1859, at 80 years old. After that, the home had a succession of owners until the National Park Service purchased the property in 1973. Unlike many other homes, this home was preserved and the exterior was restored. Visitors are required to stay outside the building as the interior has not been restored.
John Gordon earned a reputation as a fierce "Indian fighter" owing to his involvement in many of the wars and conflicts between Native tribes and settlers of European descent in the American South. He was involved in several wars in the late 18th century that led to Native Americans agreeing to an 1805 treaty ceding lands in this area to the United States government. Gordon received 640 acres of land along the Duck River from the Tennessee General Assembly in 1806. Gordon also joined US forces in the Creek Indian Campaign of 1813-14. During that conflict, Gordon led a group of "spies" under Andrew Jackson's command. He would also fight in the Seminole Campaign in 1818, the same time period when house was built.
In 1978, the National Park Service performed initial stabilization and rehabilitation of the Gordon House. And at that time, the Park Service also removed a framed front porch and framed outbuildings that were from around 1900. Plans for the restoration of the house included restoring and maintaining the exterior of the house to their 1818-19 appearance as much as possible.