Established in 1950, the Boca Raton Museum of Art is one of the more important cultural institutions in the area, attracting 200,000 visitors per year. It houses a fine collection of 4,500 works of art consisting of modern and contemporary art (including works by modern masters such as Degas and Picasso); masks and figures from Ivory Coast, Liberia, Nigeria, and Zaire; a 1,500-work photography collection; Pre-Columbian art; and large sculptures, which are displayed in the museum gardens. In addition to its collection, the museum also operates an art school (in its old location on Palmetto Park Road) and offers educational programming, lectures, film showings, docent-led tours, and art classes for children.

The Boca Raton Museum of Art houses a collection of 4,500 works of art ranging from Pre-Columbian art to modern and contemporary art. 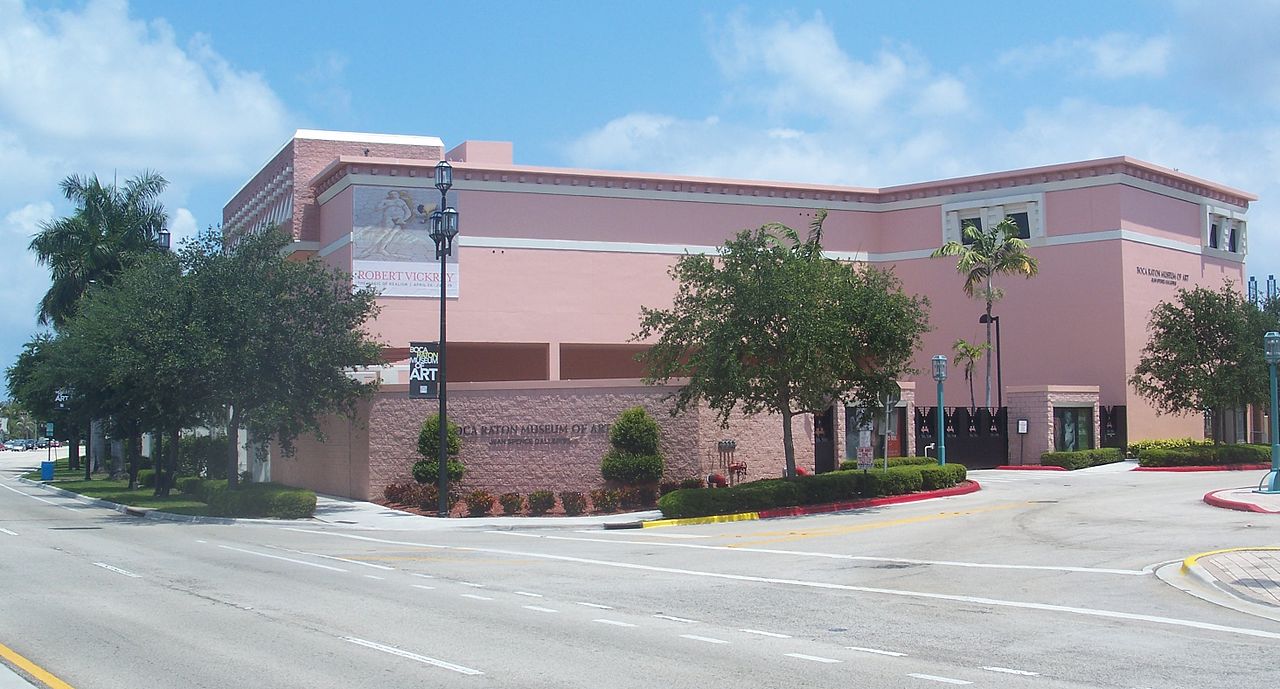 The idea for the museum originated in the late 1940s when a group of women founded an organization called the Library Association. They hoped to open a small library and promoted the idea during an open house, which attracted around 1,000 people. The event included paintings on display, which garnered great interest from the visitors. As a result, in 1950 the women decided to establish the Art Guild of Boca Raton to foster this interest. The Guild finally moved into its first building in 1962 on Palmetto Park Road, which now houses the museum's art school. In 1985, the museum changed its name to the current one. The museum outgrew its original building and moved into its current building in early 2001.