The decade of the 1960s is often referred to as the "Golden Age" of air travel as spacious wide-body jet airliners such as the Boeing 747 were attracting record numbers of fliers and airlines were known for service. Pan American World Airways, Trans World Airlines, and Continental Airlines were growing and this building reflected that optimism and connection between flying and opulence. For over 20 years, Continental Airlines had been headquartered at Denver's Stapleton International Airport. That changed when the president and CEO, Robert F. Six, decided to move the airline to the burgeoning city of Los Angeles in 1963. For the next twenty years, Los Angeles International Airport (LAX) would serve as home to the general offices of Continental Airlines. With its headquarters in L.A., Continental attracted a large clientele of celebrities and earned a reputation for being one of the more reliable and affordable airlines in the country. By the early 1980s, deregulation had taken effect and Continental was deep in debt. In 1981, the president who succeeded Six, Al Feldman, took his life in his office at LAX. Continental was then taken over by Texas International Airlines and the headquarters moved to Houston. The general offices that once proudly bore Continental's "Free Form of Future Flight" emblem is now bare, dilapidated, and facing possible demolition.

The Continental Airlines General Offices, bearing the classic "Eagle" emblem, at Los Angeles International Airport as it looked when it was completed in 1963 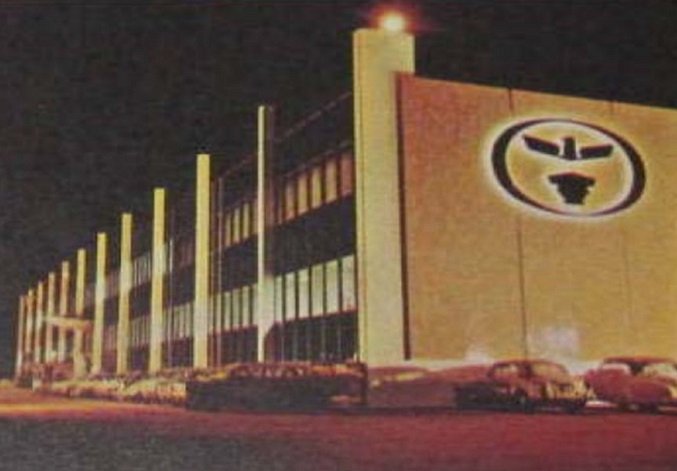 The vacant general offices building in 2016 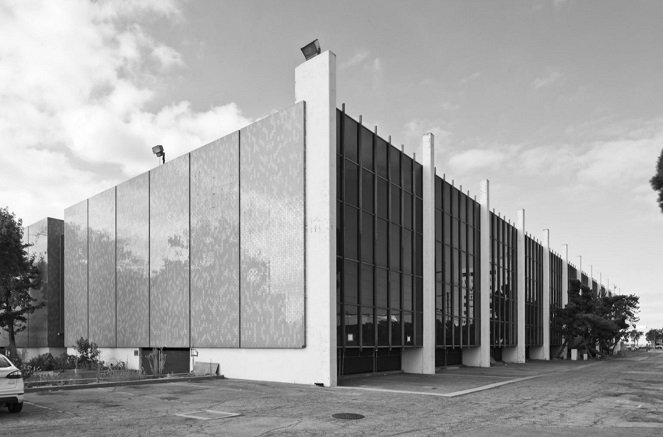 The front of the abandoned offices as it appeared in 2017 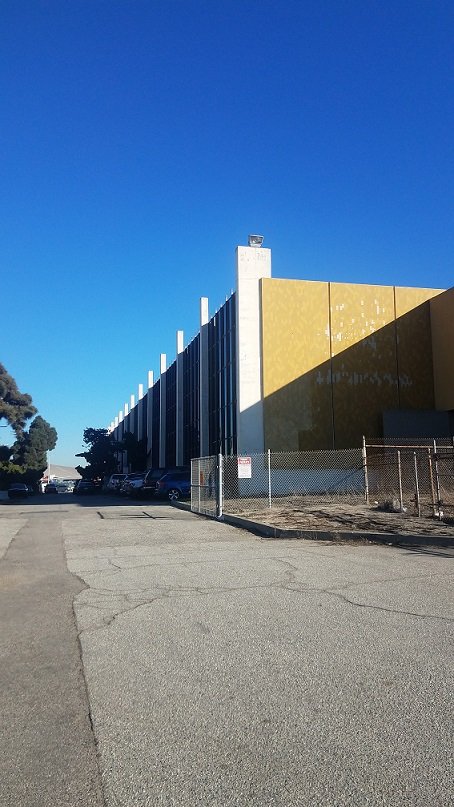 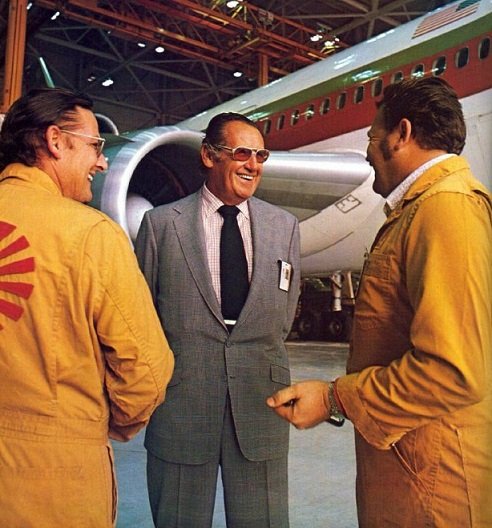 Robert F. Six with his wife, actress Audrey Meadows, and Continental Airlines flight attendants at the dedication of Continental's Boeing 747 named after Six, 1971 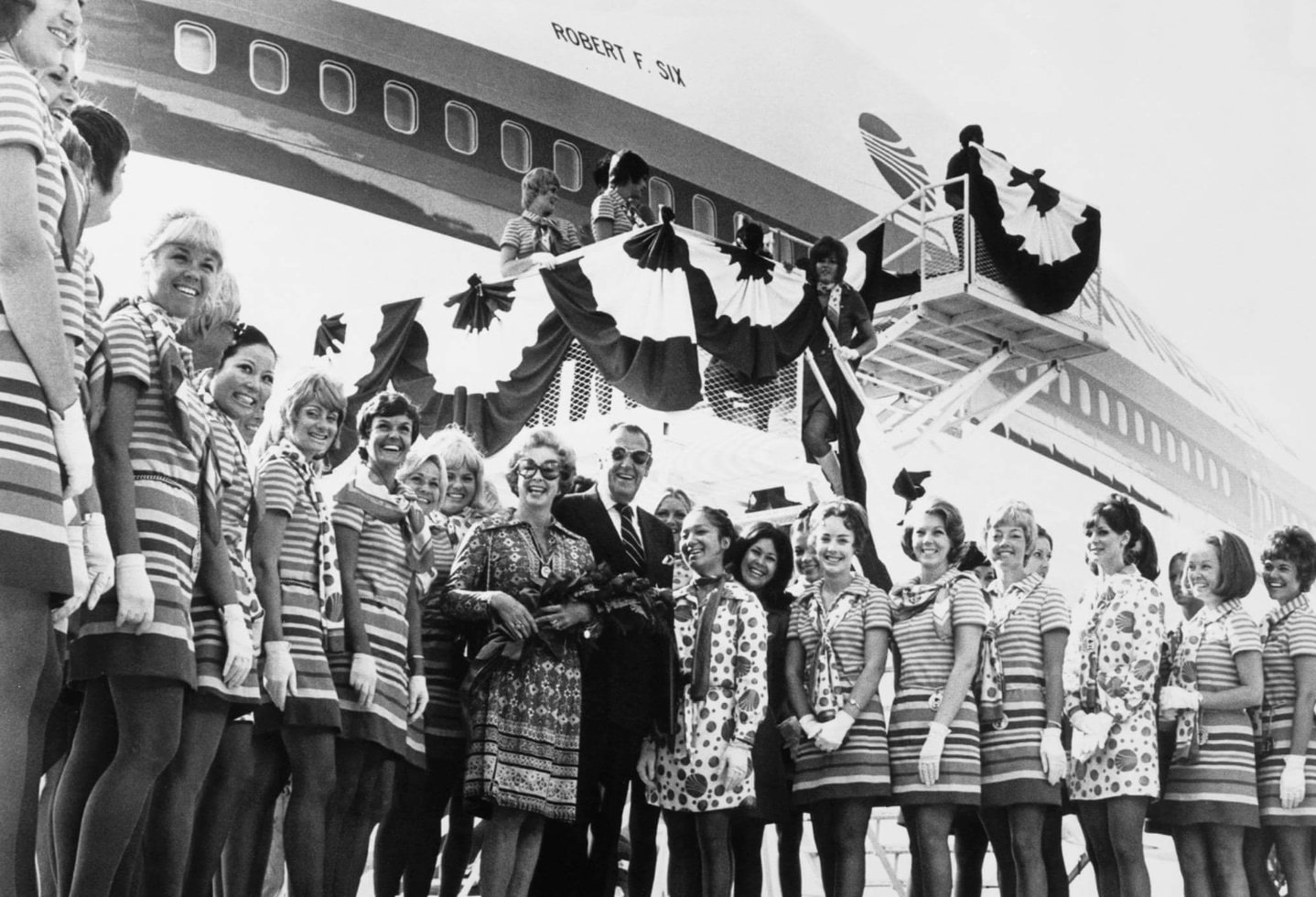 Los Angeles in the early 1960s was a booming industrial town that big industries were flocking too, and Continental Airlines was no exception. Robert F. Six was named president of Varney Speed Lines, an airline consisting of just sixteen employees, in 1938. He changed the name to Continental Airlines and moved the airline to Denver. Over the next 25 years, Six took a three single-engine plane airline and made it one of the top airlines in the United States. By the early 1960s, Six was planning on moving the airline to the newly designed Los Angeles International Airport (LAX), which was Continental's second largest base. In addition, Six, who was married to actress Audrey Meadows, saw the social and business contacts in Los Angeles as a draw. The move proved to be smart and successful because in the first year Continental's sales increased by 20%.

The increase in sales was what covered Continental's new general offices building at LAX, which the airline paid a bargain rate of $20 per square foot, coming to a total of $2 million dollars. The mid-century modern architect Edward "Ted" Grenzbach was hired to design the 100,000 square foot office building located on 35 acres leased by Continental at LAX for 40 years. Six requested that the building not only include offices, but also the hostess and pilot training facilities. Within two years Continental had grown so exponentially a new training center was constructed on the same lot. By July 15, 1963, Six and 335 members of his executive and administrative staff made the move from Denver to Los Angeles and soon there were 1,500 Continental staff employed at the LAX headquarters.

The front of the general offices building bore a bronze canopy sculpture of artist Russell Holmes' "Free Form of Future Flight" and featured Continental's signature colors of white, gold, and Black. In addition to the 100,000 square foot office space, Grenzbach designed a 7,800 square foot cafeteria on the first level. Through the 1960s and 70s, Bob Six, along with executives and crew, turned Continental Airlines into a major transcontinental and international airline. Due to the headquarters being located in Los Angeles, Continental became the preferred airline for movie stars such as Henry Fonda and John Wayne. As the wife of the president, Audrey Meadows designed Continental's chic flight attendant uniforms in the "Swinging Sixties," as well as the interior of Boeing 747s and the DC-10.

During the 1970s, Continental continued to turn profits and expand routes, despite the recession that deeply effected other airlines. Towards the end of the decade, that picture had changed due to airline deregulation and increase in competition. In 1980, Robert Six stepped down as president and handed the position over to Alvin Feldman. The airline continued to struggle and was facing take-over by Texas Air Corporation when Feldman took his life in his office at LAX. Continental was acquired by Texas International Airlines and in 1982 the airline's headquarters moved to Houston.

By 1995, the general office building at LAX was completely vacated, with the exception of one office that continued to be occupied until 2001. The general office building that once served as base to the longest serving airline executive in aviation history and over a thousand Continental Airlines employees is now completely vacant and unsafe to occupy. The future of the building is uncertain, but the growth of Continental Airlines from a national to international carrier took place on this property during the "jet age" of aviation. Continental merged with United Airlines in 2010. The building holds a reminder of Continental- its iconic logo known as "The Proud Bird with the Golden Tail," although the logo's gold paint is vanishing.