The Addison is a modern event venue housed in two historic buildings listed on the National Register of Historic Places and designed by architect Addison Mizner (1872-1933). The buildings were completed in 1925 and are significant as architectural models of Mizner's interpretation of the Spanish and Mediterranean Revival styles. The buildings also reflect Mizner's plan to build a resort city that would have included a 1,000-room hotel (the sales and administration office for his organization called Mizner Development Corporation were housed in the buildings). The plan never materialized but the buildings serve as a reminder of his vision and reflect the tremendous impact he had on South Florida architecture. The Addison opened in 2018.

The Addison opened as a wedding and event venue in 2018 within two historic buildings designed by Addison Mizner. 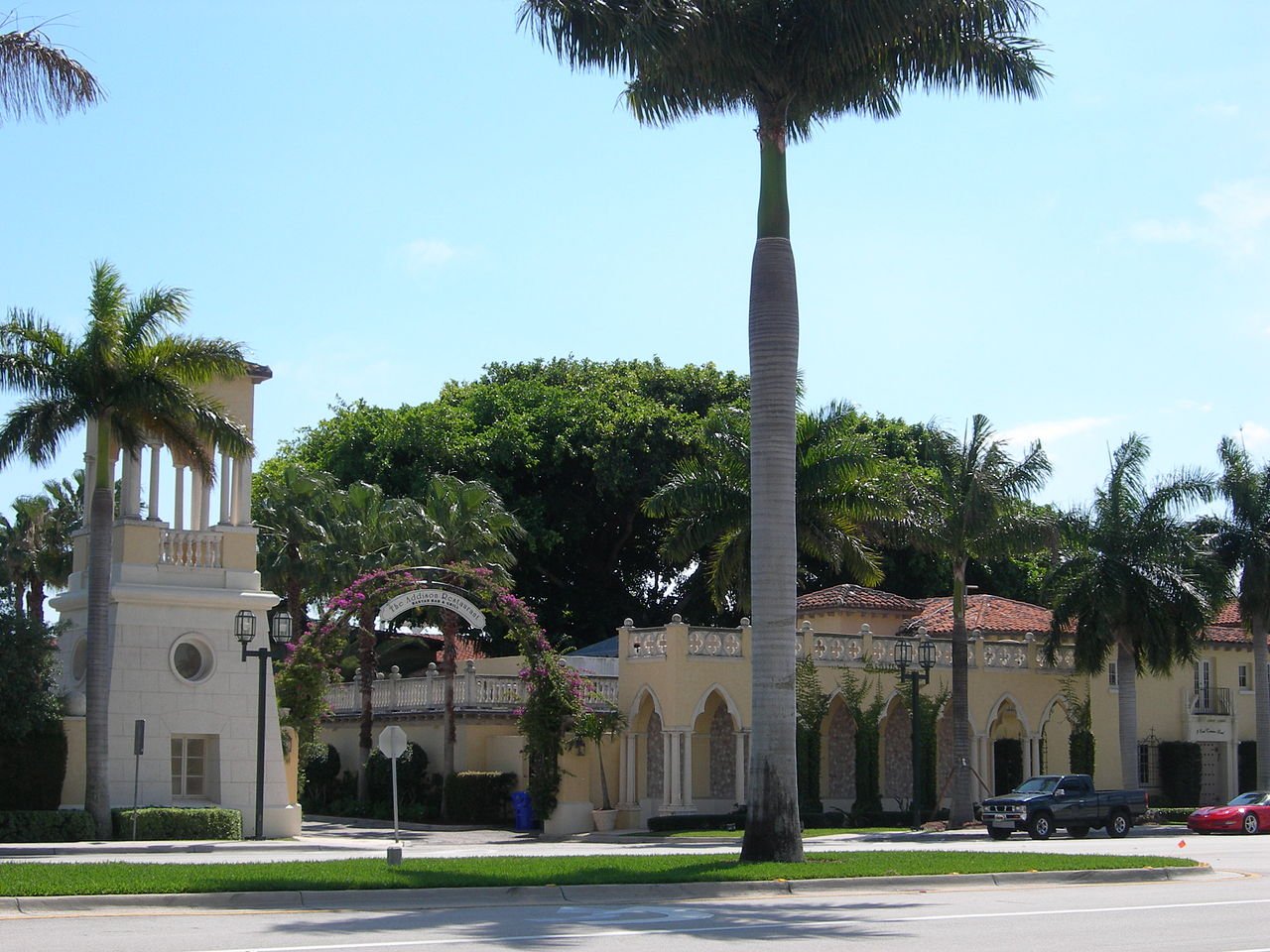 Mizner was born in Benicia, California in 1872. His father was a lawyer and prominent politician, serving as a state senator and as U.S. ambassador to Central America, where he was based in Guatemala. It was there that Addison's love for Spanish culture and architecture began. He never received formal architecture training but managed to get an apprenticeship with San Francisco architect Willis Polk. He then opened an office in New York City in 1904. His first important commission was to build a townhouse for the then governor of the New York Stock Exchange.

He made his way to Florida by 1918, hoping that the warm climate would improve his health. The first building he designed was the Everglades Club, which was built in 1919 and still stands today as an exclusive social club. It was actually intended to be a hospital for WWI soldiers but the war ended not long after construction began. During the first half of the 1920s, Mizner designed almost 40 large villas for wealthy clients. By 1925 the Florida land boom ended, dashing Mizner's dream of building a resort city.