A scene inside the Timberland Park. Photo courtesy of Lindsay Ferrier, Suburban Turmoil. 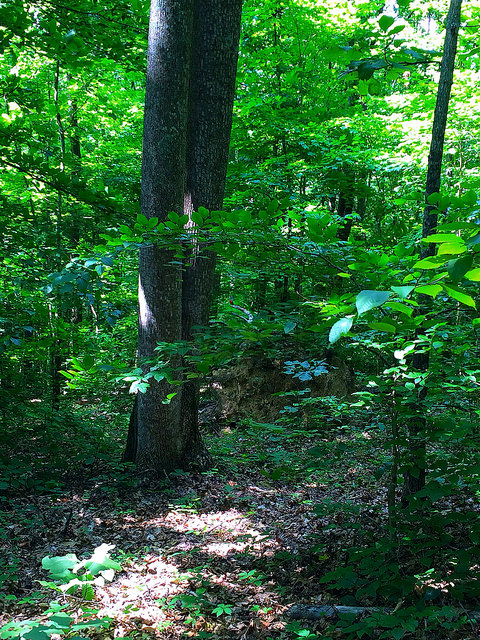 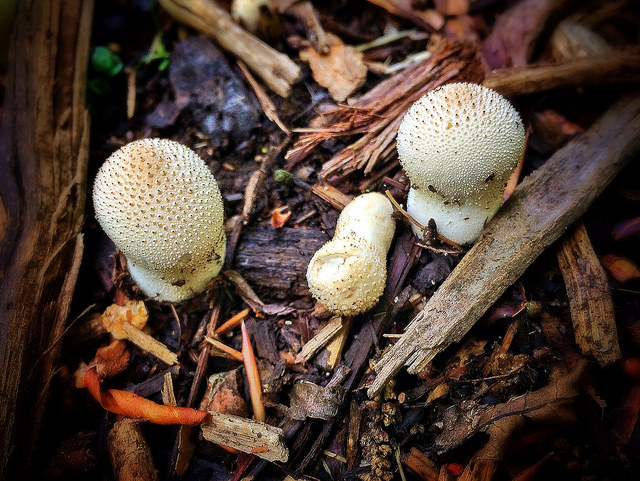 Timberland Park is located along a former logging road that dates back to the 19th century. Loggers cut trees by hand at this time and moved the logs by wagons pulled by horses and mules. Wood from these logs were used to build several of Franklin's famous homes.

The State of Tennessee took control of the property which was later acquired by Williamson County Parks and Recreation. The park was opened in late 2014 and makes use of sustainable techniques and resources. for example, the park's Interpretive Center uses solar panels for electricity and rainwater is used for irrigation. Propane is used for a fireplace, and a septic system is used for waste.
Visitors to the park can enjoy hiking, birdwatching, observation of wildlife (deer, raccoon, fox, wild turkey and squirrel). Hikers can also use walking sticks made from trees inside the park. And there is an Americans With Disabilities accessible trail.