The Charles C. Wise Library is located on the downtown campus of West Virginia University. The library gets its name from Charles Wise Jr., a lawyer and former WVU student body president who donated 4.260 acres of land to the WVU Foundation. Today, the Wise Library is connected to the newer Downtown Campus Library. It houses art, historical archives, and rare book collections. Many of the newer exhibits in Wise are affiliated with West Virginia culture, and each room has an Appalachian flavor.

One of Betty Rivard's landscape photographs in the collection of WVU Libraries. 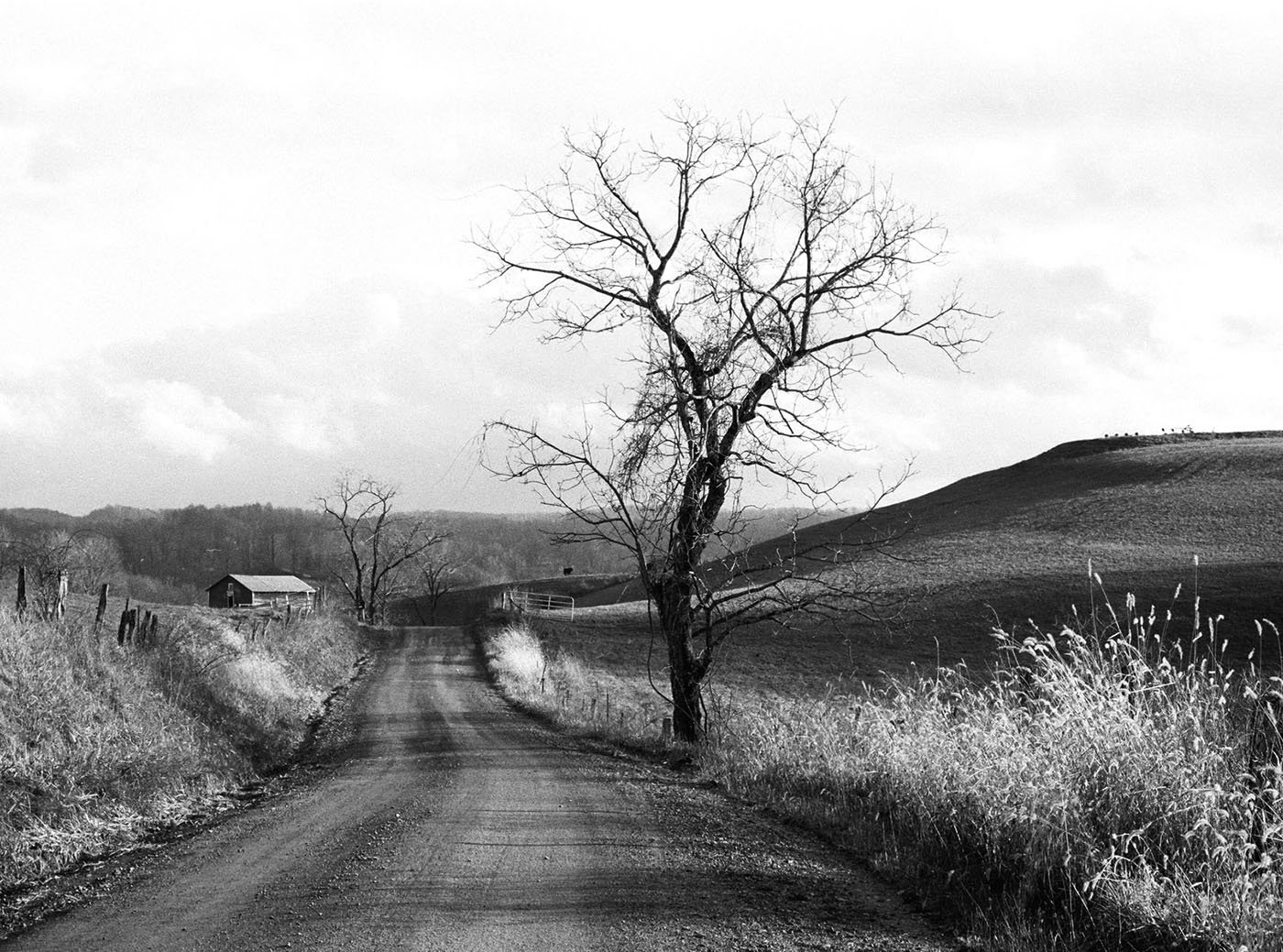 The entrance to the Charles C. Wise Library before the addition on the Downtown Library in front of it. 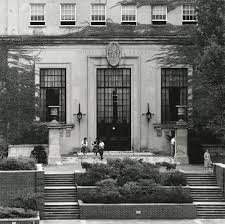 The Charles C. Wise Library after the first structural addition, circa 1960. 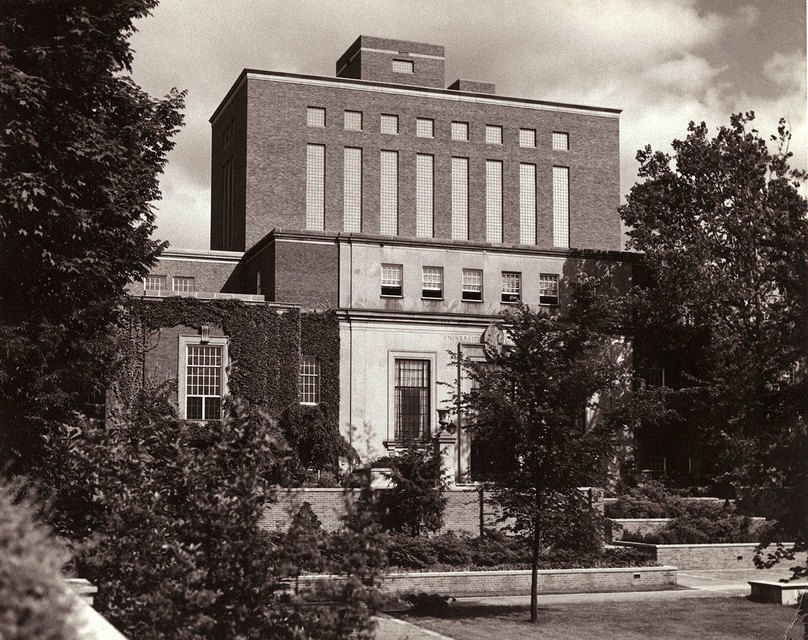 1959 photo of a commissioned Florentine bust of Dante Alighieri given as a gift from Thoney Pietro. 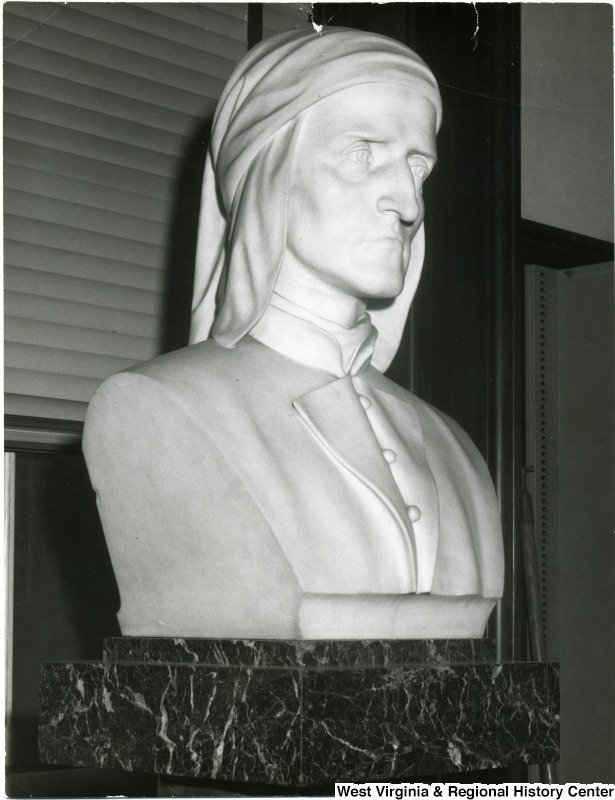 The modern library on the Downtown campus at WVU is built onto the front of the old Wise Library. Wikimedia Commons. 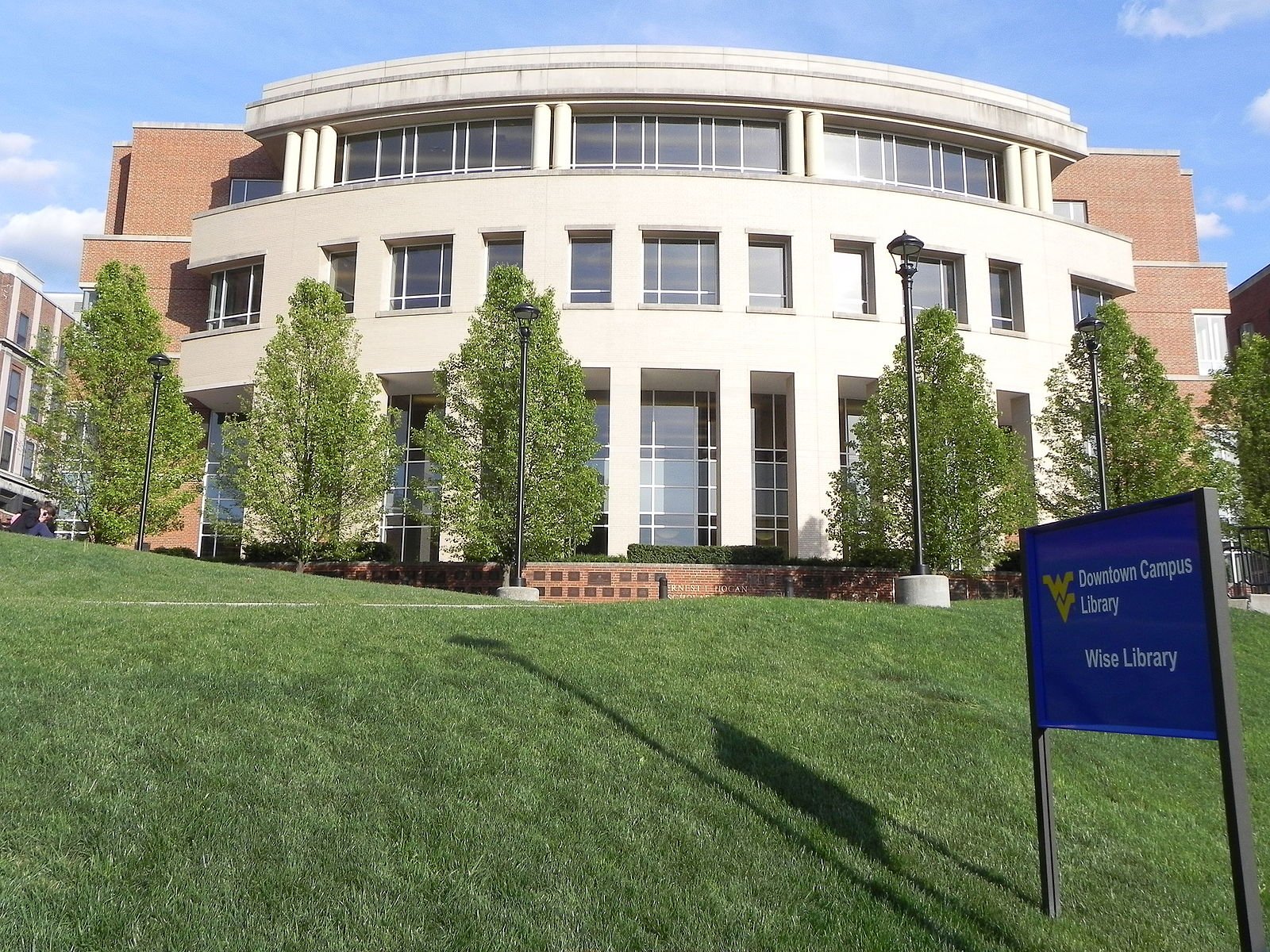 Seal of the printing house of Jacques Moderne of Lyons, France, with the Fleur de lis representing the complete work of this house 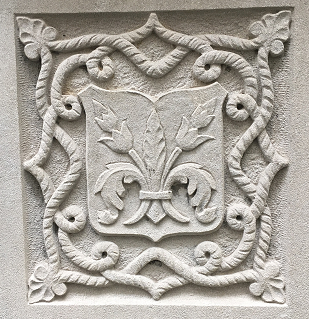 Seal of the Mortley Press, Ltd., London, England, with the design representing the rich borders and bookplates of this house. Located in the atrium at the front entrance to Wise Library. 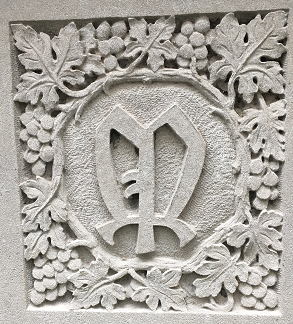 Seal of the librarian and printer Christoph Valdarfer of Milan, Italy around 1474, representing a medieval addition. Located in the atrium at the front entrance to Wise Library. 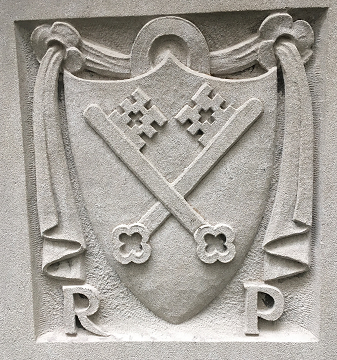 Seal of librarian Jean Saugrain of Lyons, France from about 1554-1574. Located in the atrium at the front entrance to Wise Library. 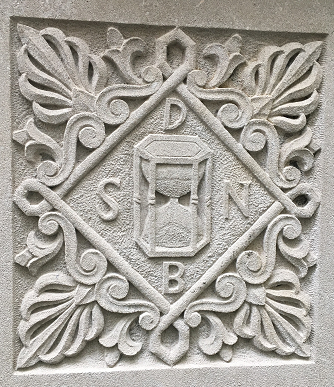 Seal of the House of Stephanus de Nebiis du Burgo Franco of Pavia, Italy from the year 1484. Located in the atrium at the front entrance to Wise Library. 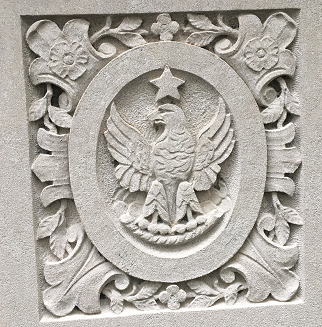 As early as 1929, University President John Roscoe Turner and other supporters saw the need for library improvements (the University library at that time was located in the building currently known as Stewart Hall). However, funds for the new library amounted to only $300,000 and were not enough to build the full structure; therefore, officials adopted a design permitting structural additions to the library over time. The first Library unit thus was constructed as a five story structure with seating for 600 students and the potential for an adjacent twin structure with an additional million-volume capacity. In addition, the library was planned as the centerpiece for what was to be a future cluster of buildings — two on the side and one in front. Excavation for the new library was started on January 30th, 1930, and the structure was completed on September 1st, 1931. The total cost ended up being over $450,000.

By 1949, the library was found to be inadequate to fit the needs of a growing student body, and students ended up using a makeshift reading room of 170 extra seats in the library's old cafeteria. The new $500,000 addition was started in March 1950 and was completed just before the 1950 fall semester. It consisted of five additional floors totaling 26,000 square feet and 140 additional carrels. The upward extension made the WVU library one of the largest university libraries in the nation at the time. Its innovative and modern design was also lauded as being user-friendly. With larger space to provide services to students, the WVU library was always at the forefront when it came to implementing new technologies as they emerged (e.g. microfilm in the 1950s, photocopy machine in the 1960s, teletype service in the 1970s, and internet in the 1990s).

On June 20, 1999, ground was broken for another addition to the library. The project, completed in 2002, cost $36 million and was an additional 5 stories and 124,000 square feet. It was built directly in front of the Wise Library. The original character of the Wise Library was deliberately kept intact even within the new modern structure, and $4 million worth of renovations to return the Wise Library to its original 1931 interior were carried out. With the new library addition, the Wise Library was freed up to serve as more of a center for cultural archives. It now contains a lobby and two reading rooms: the Robinson Reading Room which contains the American & English Literature Collection and the Milano Reading Room which contains the Appalachian Collection. It also houses the West Virginia and Regional History Center, the world's largest collection of West Virginia-related research material.

Since the initial library structure was completed in 1931, it was called the University Library, the West Virginia University, and the Main Library. In 1984, the Board of Regents approved the designation of the Library as the Charles C. Wise Jr. Library after Charles C. Wise Jr. Wise was a Charleston, WV native who, along with his sister, gifted the WVU Foundation 4,260 acres of land in Hardy County.

As the original Wise Library limestone facade was maintained inside the new atrium, the five different printers' guild carvings from 1931 are still located on either side of the front "entrance." The carvings were specially crafted as a tribute to famous librarians, printers, and presses from France, Italy, and England.

The Wise Library has received many gifts over time. One of the most unique is a large bust of Dante Alighieri. The bust was a gift from Italian immigrant Thoney Pietro. Pietro came to the United States as a poor 18-year-old in 1896 and built himself into a wealthy contractor. In 1940 Pietro commissioned the bust from Peter Bazzanti of Florence, Italy as a thank-you gift for the opportunities America and, specifically, West Virginia had given him. Due to delays in transit, the bust took eight years to arrive. The bust itself was sculpted from white marble and rests on a green and brown marble pedestal. The bust now resides in the library's Robinson Reading Room.

The Wise Library now also houses the Betty Rivard Photographs. Rivard created a book of photographs called New Deal Photographs, 1934-1943 which was published by the West Virginia University Press in 2012. The 69 photographs that are featured in the library were selected from those taken around the state of West Virginia by the Farm Security Administration Project, part of Franklin D. Roosevelt's New Deal.  Rivard's photographs can be found hanging in all three of WVU's libraries.

Follow the links below to learn more about the WVU Libraries and its numerous art and history exhibits.