One of four sites maintained and staffed by the National Park Service along the Natcez Trace Parkway, this Tupelo Visitors Center also serves as the headquarters of the Natchez Trace Parkway, a 444 mile recreational road that is closed to commercial traffic. One of only two major US Parkways, the Natchez Trace follows an ancient trail that connected the Tennessee, Cumberland, and Mississippi River. The visitors center in Tupelo includes a few exhibits and a film that offers a historic overview of the Natcez Trace along with park rangers who are happy to answer questions. 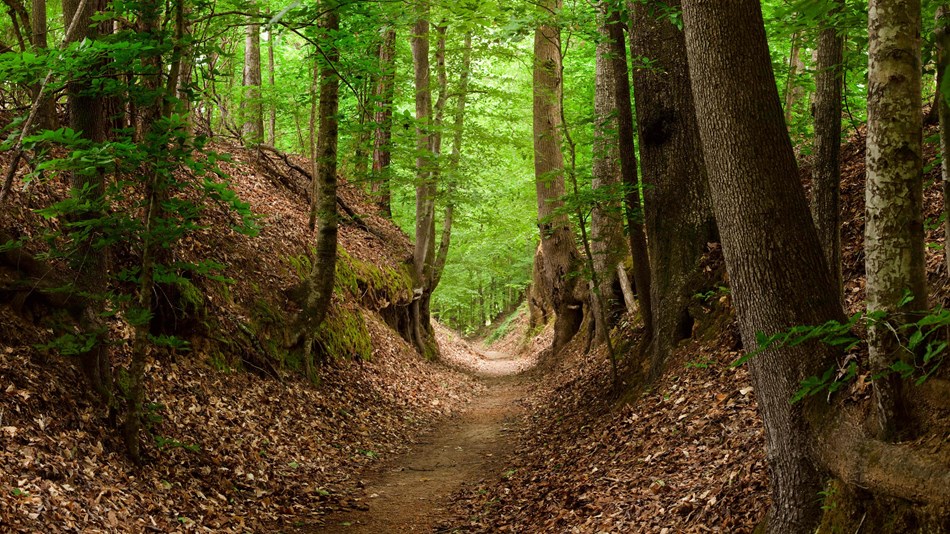 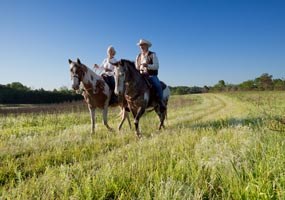 Traveling in Numbers for safety. Courtesy of National Park Service. 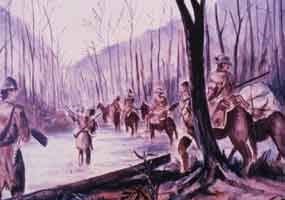 This visitors center is also the headquarters of the Natchez Trace Parkway and staffed by park rangers. 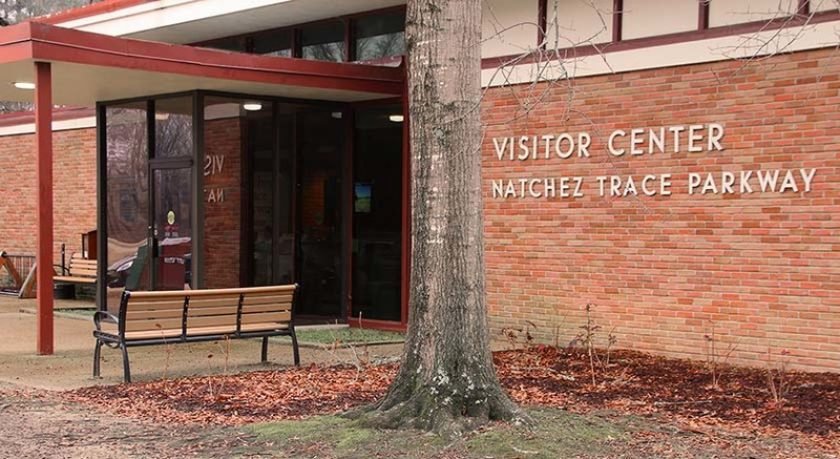 The Natchez Trace Parkway stretches over 400 miles between Mississippi, Alabama, and Tennessee. The modern parkway follows the old Natchez Trace, a trail connecting the Tennessee and Cumberland Rivers to the Mississippi River. Choctaw, Chickasaw, Natchez, and other Native Americans created the trail which connected many tribes in a network of trade that predates European settlement.

The trail was also followed by explorers and traders of European origin known as "Kaintucks," who traversed the area in small flat-bottom boats. These traders were usually from Kentucky and floated merchandise from the Ohio River and Mississippi Rivers. The trail was also traversed by early settlers who established small family farms. Many of these first farmers became or were replaced by planters who acquired vast landholdings that were worked by enslaved persons who were led down this trail by foot. Slave traders led caravans of enslaved persons from Virginia and other Southern states to the area known as the Old Southwest in the early 1800s.

Meriwether Lewis died along the trail in Tennessee. President Andrew Jackson also traveled the Natchez Trace. The proliferation of steamships led to an end to the trail's use.Today, the former trail is part of the second-largest parkway in the United States.