Built c. 1698, the Dustin House, which is also called the Dustin Garrison House, is one of the few remaining homes constructed during Massachusetts's First Period of (1625-1725; historians divide the Colonial era in the state in the First and Second periods). The house is 2.5 stories tall and built by farmer and brickmaker Thomas Duston, whose last name is sometimes spelled this way. His wife, Hannah, was famously captured by Abenaki Indians during a raid and, as the story goes, managed to kill several of her captors and escaped. She wrote about her experience later in her life. Fortunately, Thomas and her family survived the raid. Not all of the structure is original, but the floor, the structural elements, and some of the bricks are. The house contains period furniture and is periodically open for tours. It is listed on the National Register of Historic Places.

The Dustin House was built around 1698 and is one of the few surviving homes from the First Period. 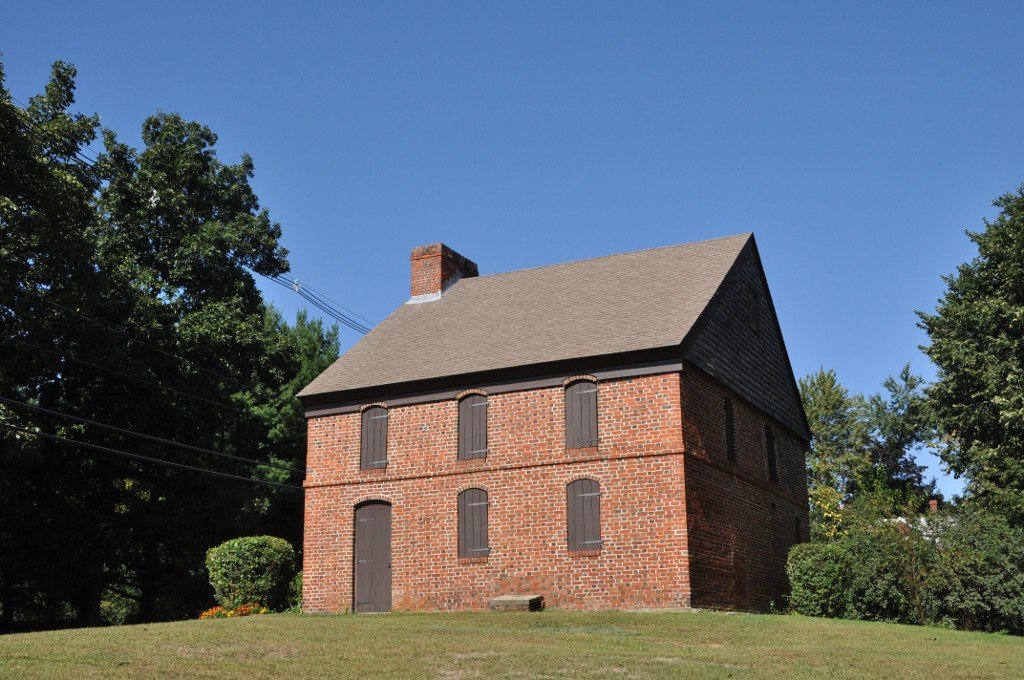 The house was built by brick to provide protection against Abenaki raids, which were often occurring during that time. Local militia members were also stationed outside to give further protection. This is why the word "Garrison" is added to the name of the home. So in effect, the house a military garrison. A number of other garrison houses were built in the surrounding area as well.

The house was acquired by Dustin family association in 1946, which proceeded to restore the building, and still owns it. A volunteer organization called the Duston-Dustin Garrison House manages the tours and other functions of the house.

Tours by appointment only