Here Peter Goodhue operated an emigrant trail stopping place on the bank of the Tule River from 1854 until the river changed its course in 1862. This became a Butterfield Overland Mail Stage Station, 1858-61. It was kept in 1860 by R. Porter Putnam, who in 1864 founded Porterville, named for him. 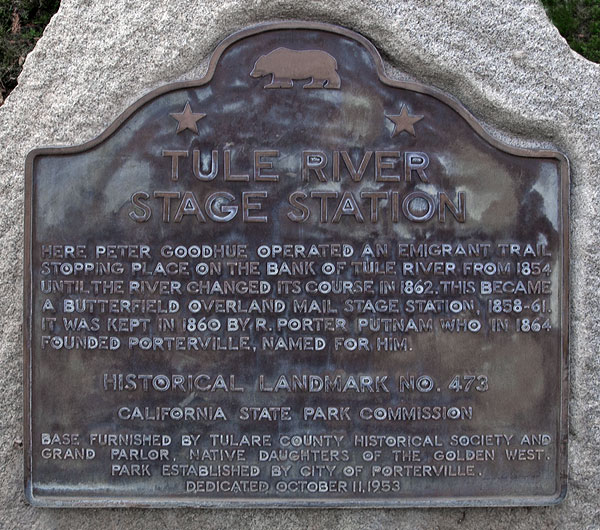 Base furnished by Tulare County Historical Society and Grand Parlor, Native Daughters of the Golden West. Park established by City of Porterville.