Built by Jason Russell in the 1740s, this home remained in the Russell family until 1896. On the first day of the American Revolution, April 19, 1775, it was the site of the bloodiest skirmish of the day, resulting in the death of fourteen people, including Jason Russell himself. Today, the house has been restored and is viewable by the public, along with the adjoining Smith Museum, which features exhibits on the history of Arlington from its Puritan beginnings to today. 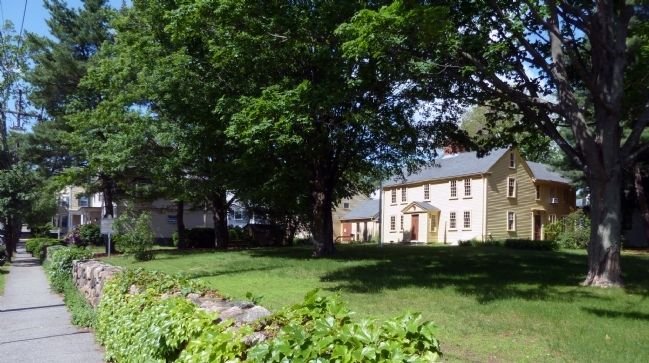 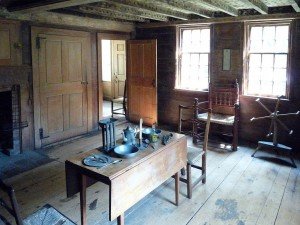 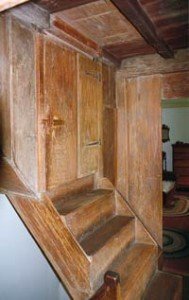 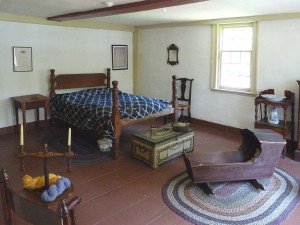 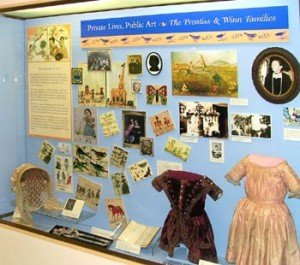 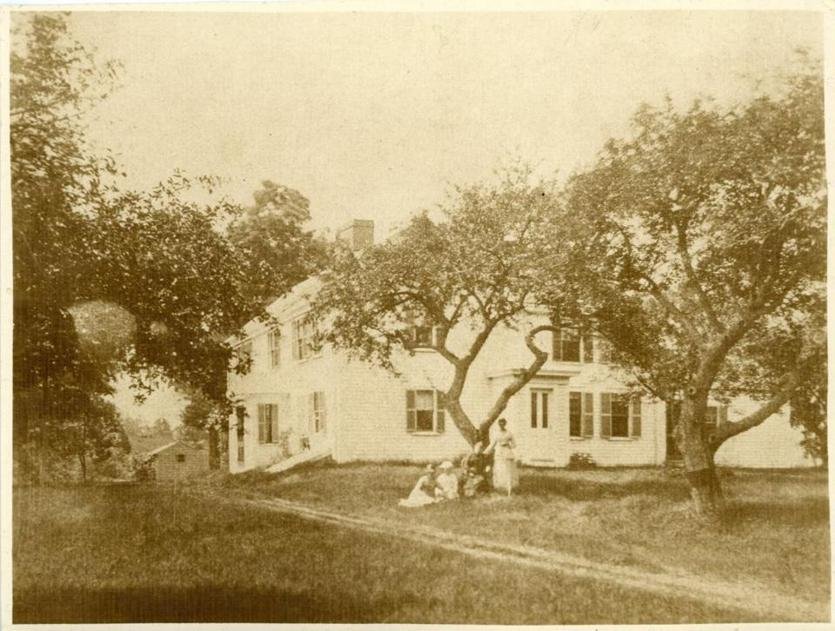 A Brief History of the House

Constructed from materials salvaged from his grandparents' seventeenth century house, Jason Russell constructed his Georgian-style home in the 1740s, originally as a two-room structure with a rear ell. Based on dendrochronology (tree ring dating), the oak timbers used in its construction were felled in 1683. Russell owned a 40-acre farm with an orchard and pastures across from the sawmill of his contemporary, Stephen Cutter, and built the house soon after marrying Elizabeth Winship Russell. The house was expanded to four rooms around five or ten years after the couple moved in, as the family grew (1).

During Russell's lifetime, Arlington was known as the village of Menotomy, where, on April 18, 1775, a committee met in the Black Horse Tavern to criticize British policies. The following day (the first day of the American Revolution), British troops under Lord Percy moved through the town on their way to destroy Revolutionary military stores in Concord. These troops were met in Menotomy by the militias of thirteen towns while returning from skirmishes at Lexington Green and Concord Bridge. Percy's soldiers plundered and set ablaze the houses of Menotomy. Jason Russell ensured that his family got safely away and met with militiamen at his home, which was subsequently surrounded by the British. Attempting to escape, but with a bad leg, Russell was killed on his own doorstep, along with eleven of his compatriots and two Redcoats. The house still bears the marks of bullets in the cellar, parlor, and best room (3).

Russell's descendants altered the appearance of and built additions to the family home over the decades. Jason's son, Noah, added Federal detailing and a front porch in 1814, a lean-to was added to the rear of the house circa 1850, the ell was altered and enlarged around 1863, and parts of the farm were sold off. Another descendent, Lydia Teel, oversaw the addition of a road in front of the Russell House, which became Jason Street in 1884. Her son, Russell Teel, removed the original barn and used the original ell as a smokehouse. He was the last family member to own the Russell house, and died in 1896. Subsequent alterations destroyed the original chimney (1).

Preservation and Addition of the Smith Museum

The Arlington Historical Society, organized in 1897, acquired the Jason Russell House in 1923, when it was threatened with demolition. The Society restored the house and furnished it with Russell family artifacts from the 18th and 19th centuries, and the building was added to the National Register of Historic Places in 1974. Today, visitors can view the Colonial-period herb garden (maintained by the Arlington Garden Club) and the restored house. One of its features includes the unplastered ceiling, whitewashed and sponge-painted in Black, which is considered the first style of interior painting in New England. The children's bedroom still bears the writing and drawings of multiple Russell generations near the fireplace. The original two north rooms feature paneled fireplace walls with moldings (1)

The Smith Museum, funded by Elizabeth Smith and dedicated in memory of her father and grandfather, was completed in 1980, and adjoins the Russell House. The museum exhibits the Arlington Historical Society's collection of the town's memorabilia, artifacts, and manuscripts, with a particular focus on prominent residents such as the Prentiss and Winn families. Its "semi-permanent" exhibit, Family Ties: 200 Years of Arlington Life, highlights the town's history from its Puritan beginnings and subsequent immigrant arrivals and their impacts, through the Arlington's separation from the city of Cambridge in 1807, and on to the present day. The museum connects to the Russell House, and there are plans for an additional exhibit on the Revolutionary War (1; 2). Reenactments of the skirmish at the Russell House on April 19, 1775 are held annually (1).