The National Road and Zane Grey Museum offers exhibits that share the history of pottery production in and around Zanesville, the creation of the nation’s first federally subsidized road, and the life of a popular and prolific writer. Highlights of the museum include a large diorama of the National Road, the re-created study of Zane Grey, and numerous examples of pottery produced in the area that was once known as the “Pottery Capital of the World.” The museum is open seasonally from May through October.

Aerial shot of the National Road and Zane Grey Museum. 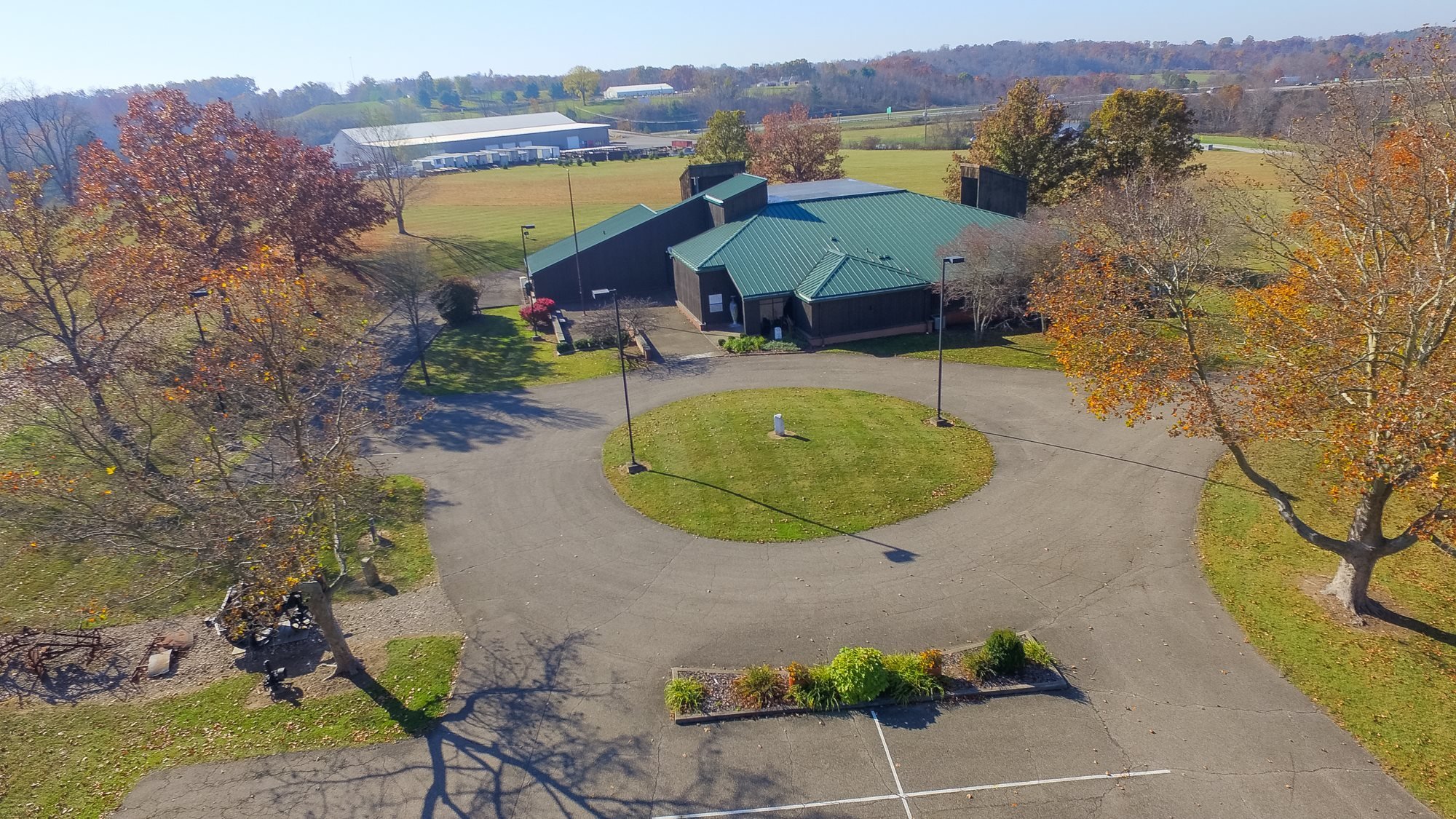 A close-up of the National Road diorama within the museum. 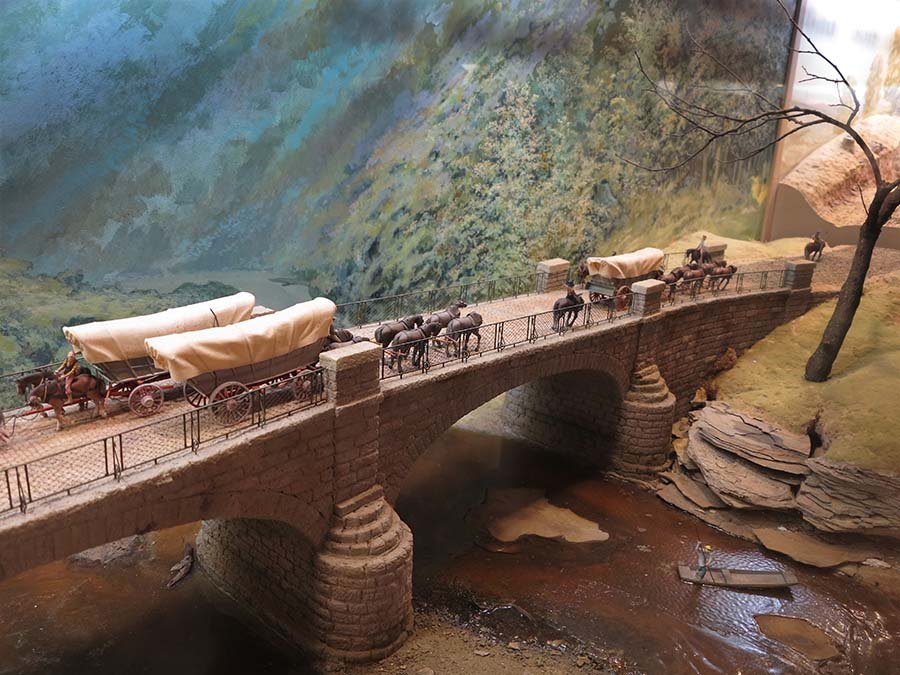 A map of the completed National Road. 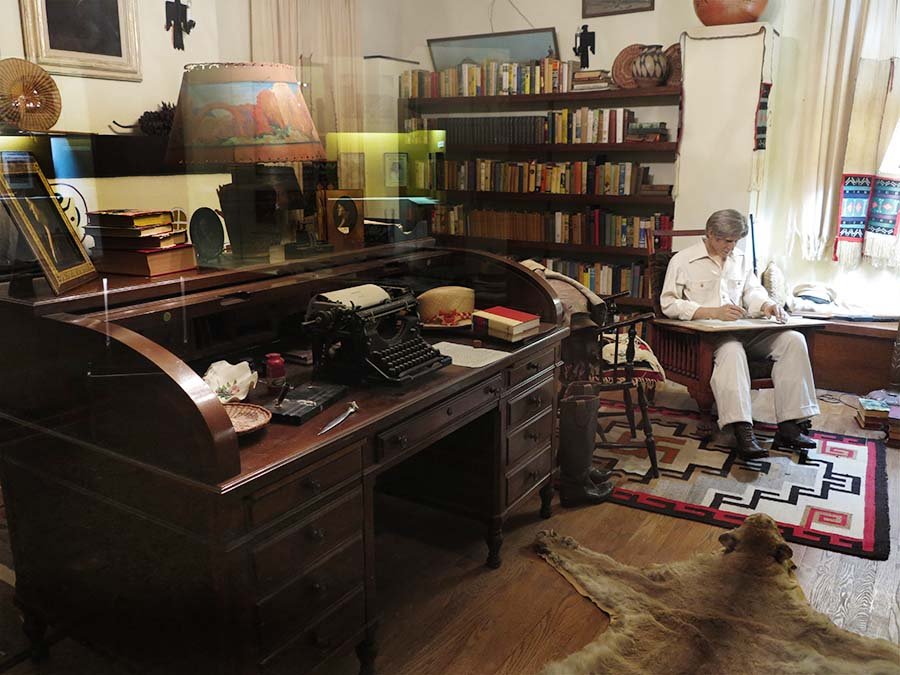 A photo of Zane and his wife, Dolly. 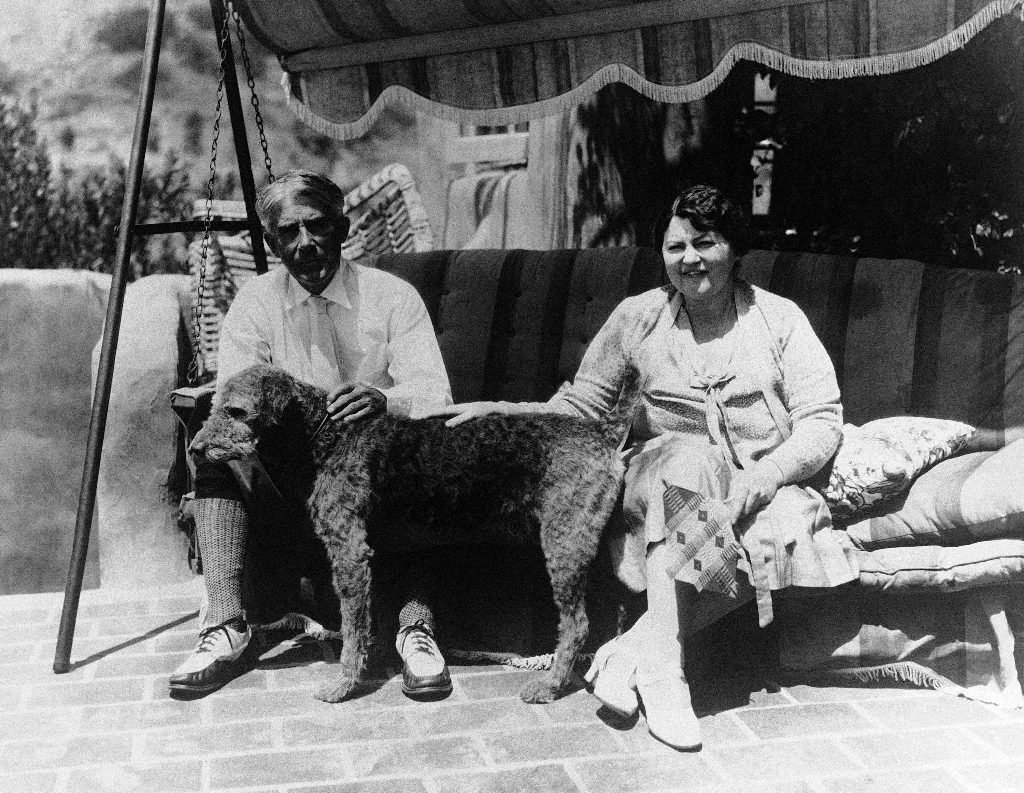 The National Road was first authorized by President Thomas Jefferson in 1806 and ran from Cumberland, Maryland to Vandalia, Illinois. In the era before railroads, the federal government sought a more efficient way to move produce and people to and from the western frontier. The road was connected to several rivers and canals and in its first stage, it also connected the Potomac and Ohio Rivers. Funding was later authorized to extend the road to the Mississippi River. Construction stalled due to the financial panic of 1837 and was halted completely owing to the rise of the railroad.

The first contract to build the road was granted in 1811 and it reached what would later become Wheeling, West Virginia in 1818. Congress authorized its extension to St. Louis in 1820 and it passed through Zanesville in 1833. Funding for its construction was eventually halted in 1837 and construction ended in 1839 with much of the road remaining unfinished through Indiana and Illinois. In 1849, what was then the longest suspension bridge was built over the Ohio River at Wheeling. Currently, it is the oldest vehicular suspension bridge in the country still in use. Today, U.S. Route 40 roughly follows the original route of the National Road.

As for celebrated author Zane Grey, he was born Pearl Zane Gray in 1872 in the town named for his maternal great-grandfather, Ebenezer Zane.  Obviously, he later dropped the “Pearl” from his name and the family changed the spelling of their last name shortly after moving to Columbus, Ohio in 1889.  An avid fisherman and baseball player, Grey wrote his first story at the age of 15 and was punished by his father for his efforts.  He attended the University of Pennsylvania where he played baseball and graduated with a dentistry degree in 1896.

Grey then set up a dentistry practice in New York City and continued to play amateur baseball.  He met Lina “Dolly” Roth and the two married in 1905.  She would go on to be his primary proofreader and editor throughout his writing career.  His first novel, Betty Zane, was written in 1903 and he had numerous articles published in various magazines, including Outdoor Life.  He then focused his writing on the subjects of Manifest Destiny, conquest of the Old West, and man’s interactions with nature and the elements. He greatly popularized and created many of the myths of the Old West through his writings. His 90 novels went on to sell over 40 million copies with Rider of the Purple Sage outselling the rest.  He died in 1939 in California and is buried in Lackawaxen, Pennsylvania.

The museum houses various vehicles that traveled the National Road, from those pulled by horses to those that simply measure their power in horses in the form of antique automobiles.  Its docents take visitors through Grey’s re-created study that also displays many of his personal possessions as well as manuscripts.  Finally, visitors can also peruse the museum’s antique pottery holdings as well as learn about the industry that dominated the region for decades.