Mike Torrez - the Kid with the Major League Arm! Mike Torrez grew up in the Oakland area of Topeka, on Lake Street near the Santa Fe shops. He attended State Street Grade School, and Holiday Junior High before enrolling at Topeka High. He began playing organized basketball in junior high, then joined the Trojans basketball team in 1961. All his baseball playing was in summer programs- like the Cosmopolitans, Little League, Pony League, and American Legion of Topeka. After a stellar high school basketball career at Topeka High where he starred as a 6'4" forward, Torrez began to follow his dream of pitching major league baseball. He was mentored by former Washburn baseball coach Marion MacDonald, a scout for the St. Louis Cardinals. McDonald was convinced that Torrez had a major league arm. McDonald was instrumental in getting Torrez's first professional baseball contract with St. Louis. Torrez pitched 18-plus years in the major leagues for seven different teams in both the American and National Leagues, including the Cardinals, the Montreal Expos, the Baltimore Orioles, the Oakland A's, the New York Yankees, the Boston Red Sox, and the New York Mets. He became only the fifth pitcher in major league history to own wins over every major league team. Only Yankee outfielder Reggie Jackson, who hit three home runs in the Yank's series-clinching game 6, overshadowed Mike's outstanding World Series performances. Any advice for young athletes who dream of following in his footsteps? "Be prepared", he says. "When you get your chance, you must produce - because you may not get another shot." He adds that young athletes need to "work hard and have faith in themselves. Stay with it. Don't quit." As for the baseball complex that will bear his name (The Mike Torrez Baseball Complex), Torrez says he's "tickled pink". "It's a nice honor, and I'm pleased that people think enough of me to make this happen".

Mike Torres Playing for the Yankees 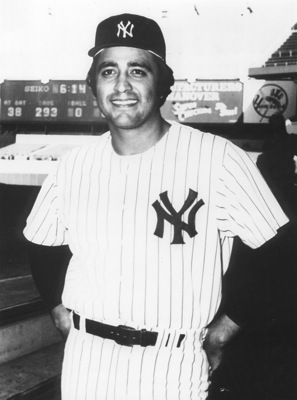 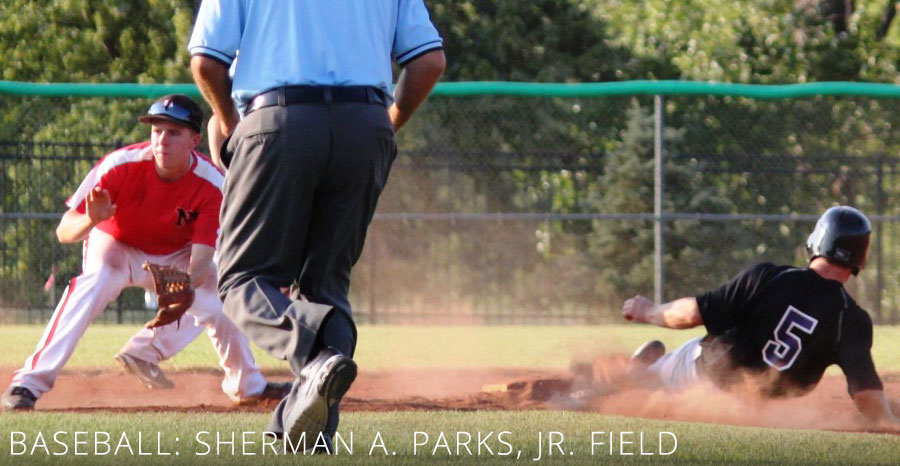