The Beta Theta Pi Fraternity House is a historic chapter house constructed in 1912. The house is representative of the flourishing of the Greek Letter Society movement at the Urbana-Champaign campus of the University of Illinois in the early twentieth century. It was designed in the Classical Revival style by Illinois architect Frederick J. Klein. 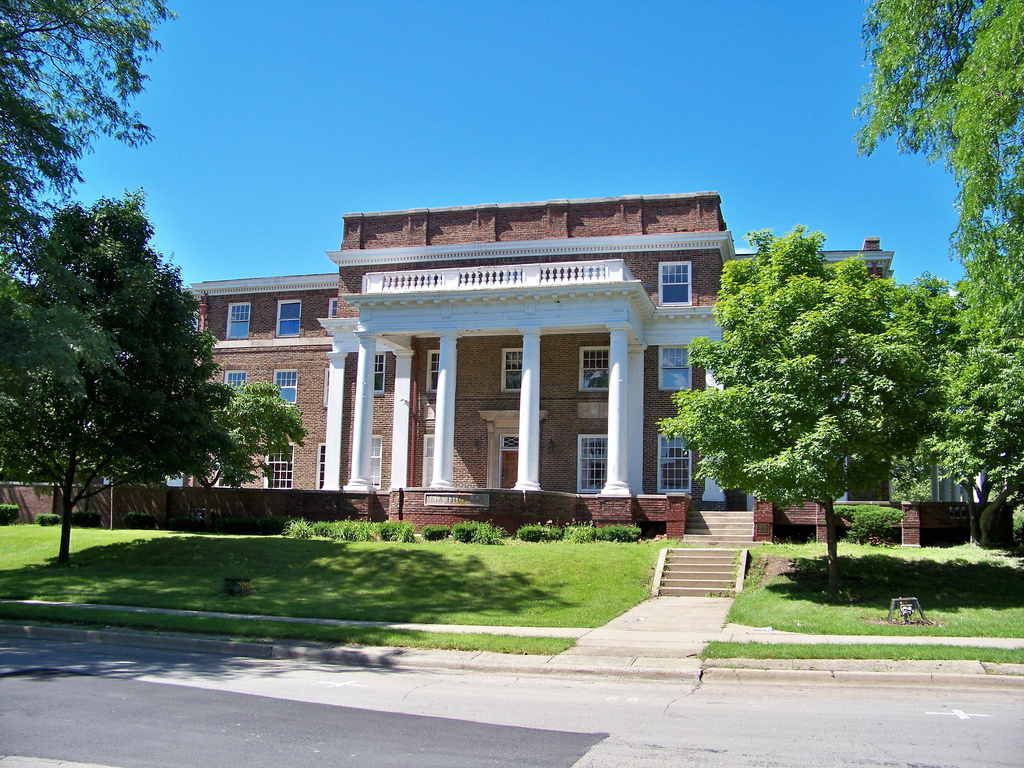 Greek Life at Urbana-Champaign:
The Beta Theta Pi house is one of 77 fraternity and sorority chapter houses located on or around the campus of the University of Illinois at Urbana-Champaign. In the first decades of the twentieth century, university administrators across the country were adopting a more laissez faire attitude towards student life based on the model of the German university. Students were encouraged to exercise their freedom as a means of developing personal responsibility, and extra-curricular activities grew in importance.

The Beta Theta Pi house is part of the first wave of chapter house construction on the campus of the University of Illinois at Urbana-Champaign, lasting from 1906 to 1917.

The Beta Theta Pi house was designed in the Classical Revival style by Frederick Klein, with input from chapter member J.E. Henry. The landscaping was planned by Professor Ralph E. Root, and some original plantings remain including the roses, dogwood tree, and lilac. At the time of its construction, it was the largest fraternity house on campus.

The Classical Revival style is meant to imitate the architecture of ancient Greece and Rome. Notable exterior features include a large entry porch with columnns supporting the porch and windows placed symmetrically around the central door.

The Beta Theta Pi Sorority at Urbana Champaign:
Beta Theta Pi was founded as a literary society in 1839 at  Miami University (Ohio). The Urbana-Champaign chapter, Sigma Rho, was established in 1902 as the 66th chapter.