Built in 1732, the New Castle Court House is Delaware's Independence Hall. In the 2nd floor on June 15, 1776, the Three Lower Counties of Pennsylvania separated from Pennsylvania and Great Britain and formed the Delaware State. New Castle was also Delaware's Capitol until 1777 and New Castle County's main court until 1881 where it held trials ranging from small offences, to landmark Supreme Court trials.

The New Castle Court House one of the oldest active state courthouses in the country. 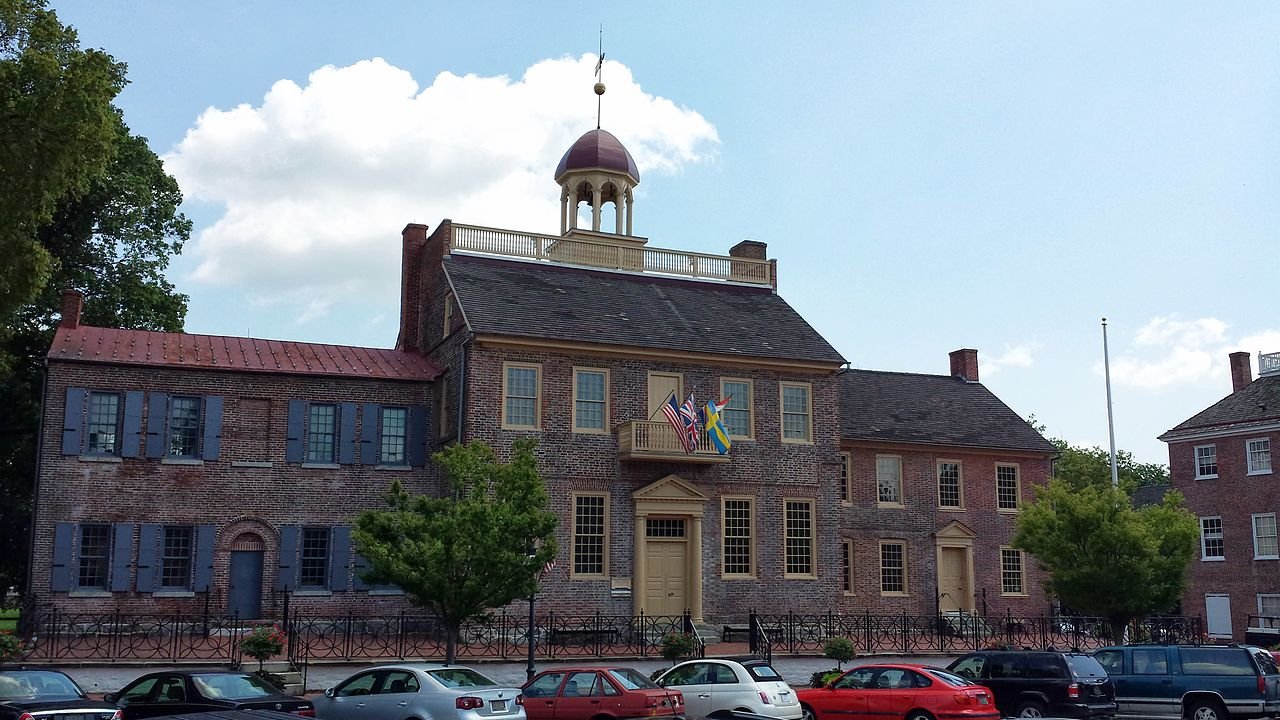 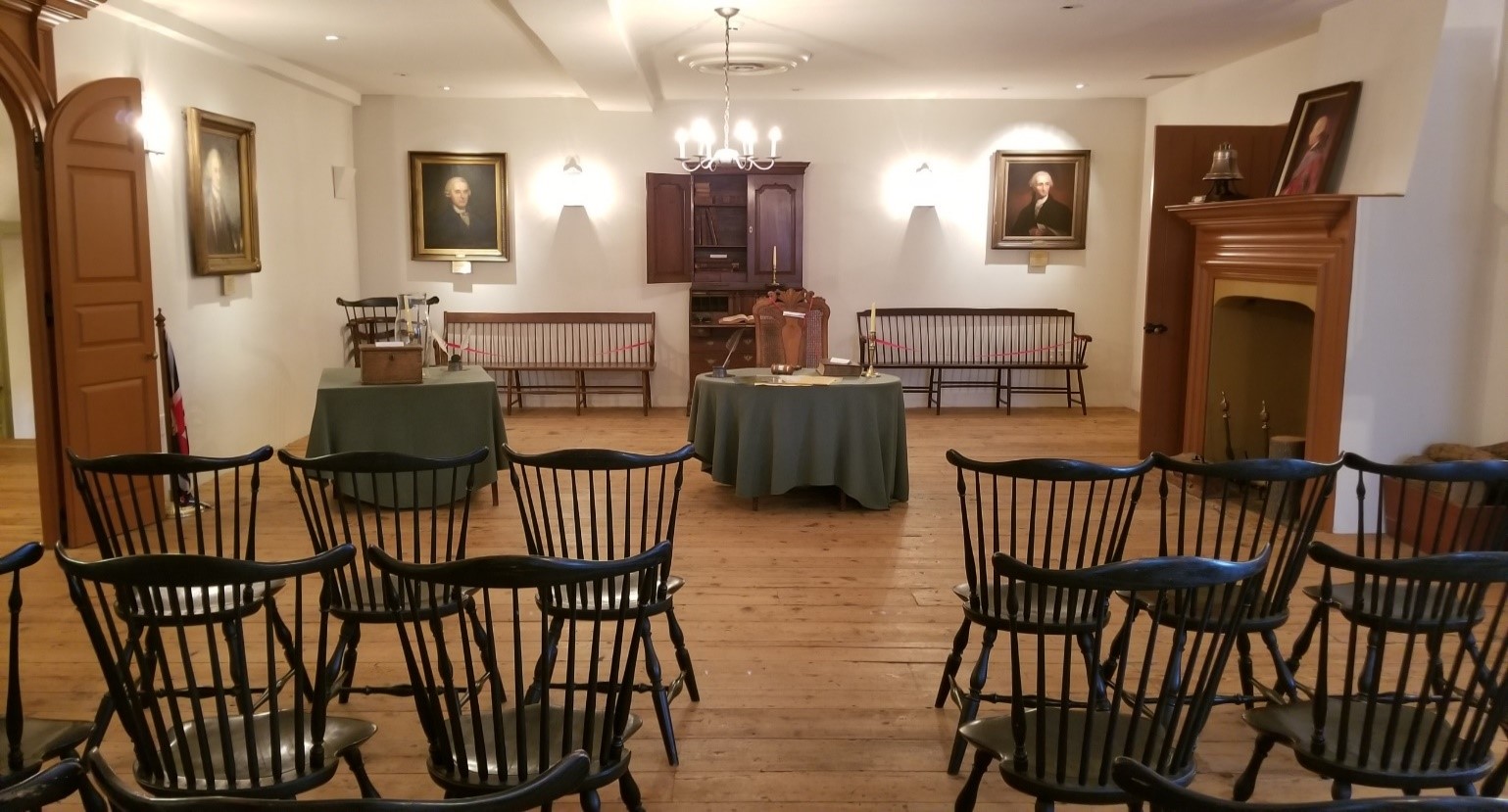 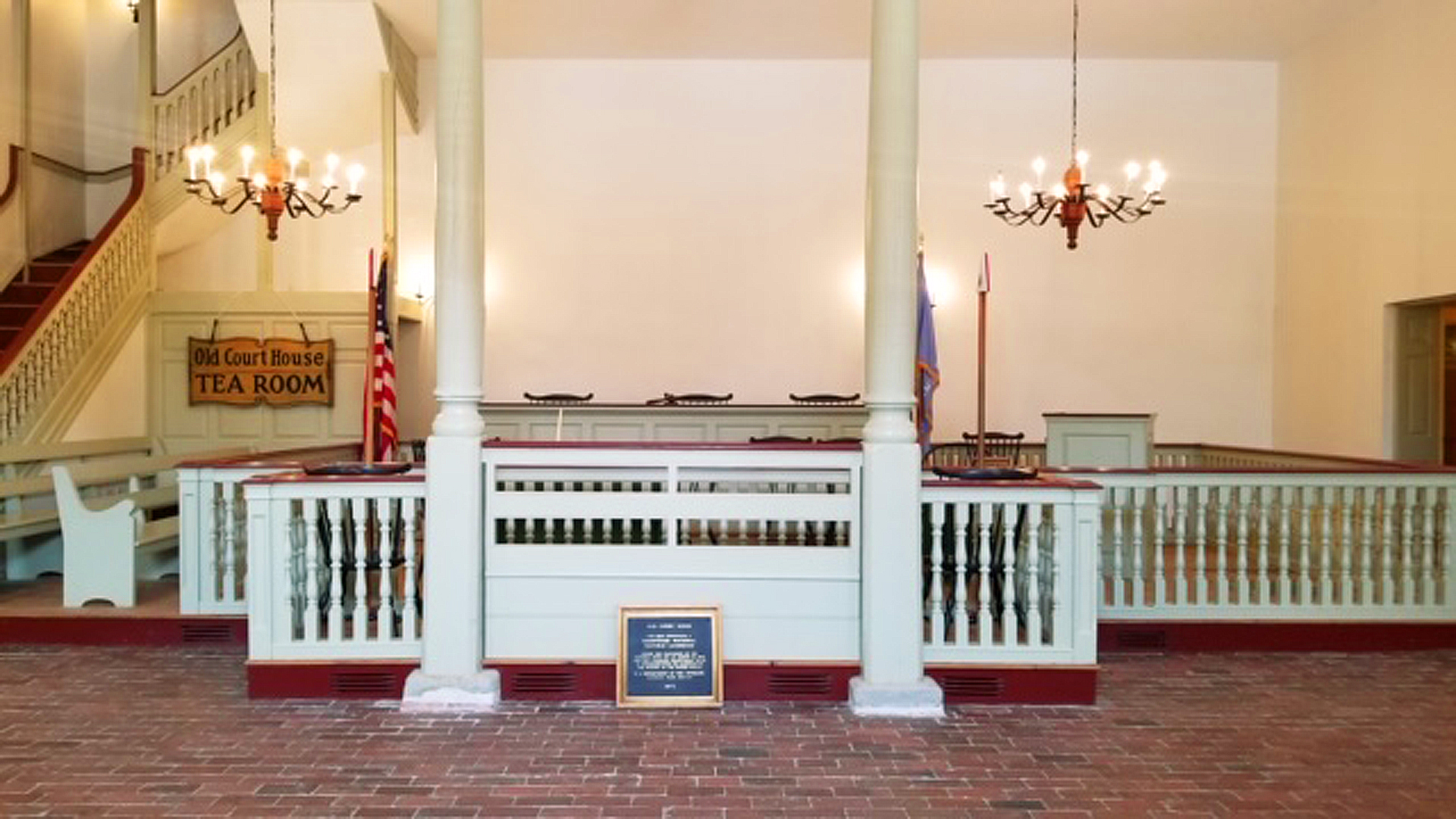 The town of New Castle has been occupied by the Swedish, Dutch and English which shaped both the community and law. There was originally a court house built on the site of the current building in the 1680's however, being a small wooden building, it unfortunately burned (the foundation of which you can still see today). The need for a new building arose and in 1732, the main center portion was built. The bottom floor houses the court room while the upper floor allowed for the General Assembly to meet. It was in that room on June 15, 1776, that Delaware was born. In late July of 1776, the Declaration of Independence was read to the citizens of New Castle for the first time from the balcony.

The wings were added on in later years allowing for the expansion of office space and small court meeting rooms. The west wing was designed slightly different from the rest of the building in that it was designed to be fireproof. You notice this from the outside of the building with the solid metal door and metal shutters.

The court room has seen several high profile cases tried such as the French Treasury Robbery and the 1848 Supreme Court trial involving noted Wilmington abolitionist Thomas Garrett and Dover abolitionist John Hunn. The trial was judged by Chief Justice Roger Tawny and both men were found guilty of aiding the Hawkins Family to freedom, which in turn meant that the two men had stolen property from their owners.

Throughout its history, the court house has operated in different capacities such as the mayors office, police station, small shops and a tea room which hosted several celebrities such as Norman Rockwell, Kathryn Hepburn and Shirley Temple.