Today known as the Granite Corinthian Masonic Lodge, Lombardy Hall is a historic home that once belonged to Gunning Bedford Jr. (1747-1812), a prominent Delaware and national political figure during the Colonia period. The simple Georgian style two-and-half story house was built sometime around 1750. Gunning Bedford purchased the house and the surrounding property, which was approximately 250 acres in size, in 1785. Bedford was a state delegate to the Philadelphia Convention, which drafted the Constitution. He earned notoriety for his impassioned support for the equal representation of small states in the federal government, warning that they might seek the support from foreign countries.

The Lombardy House was the home to Bedford Gunning Jr., an important political figure from the Colonial period. He played a key role in assuring small states well equally represented in the Constitution. 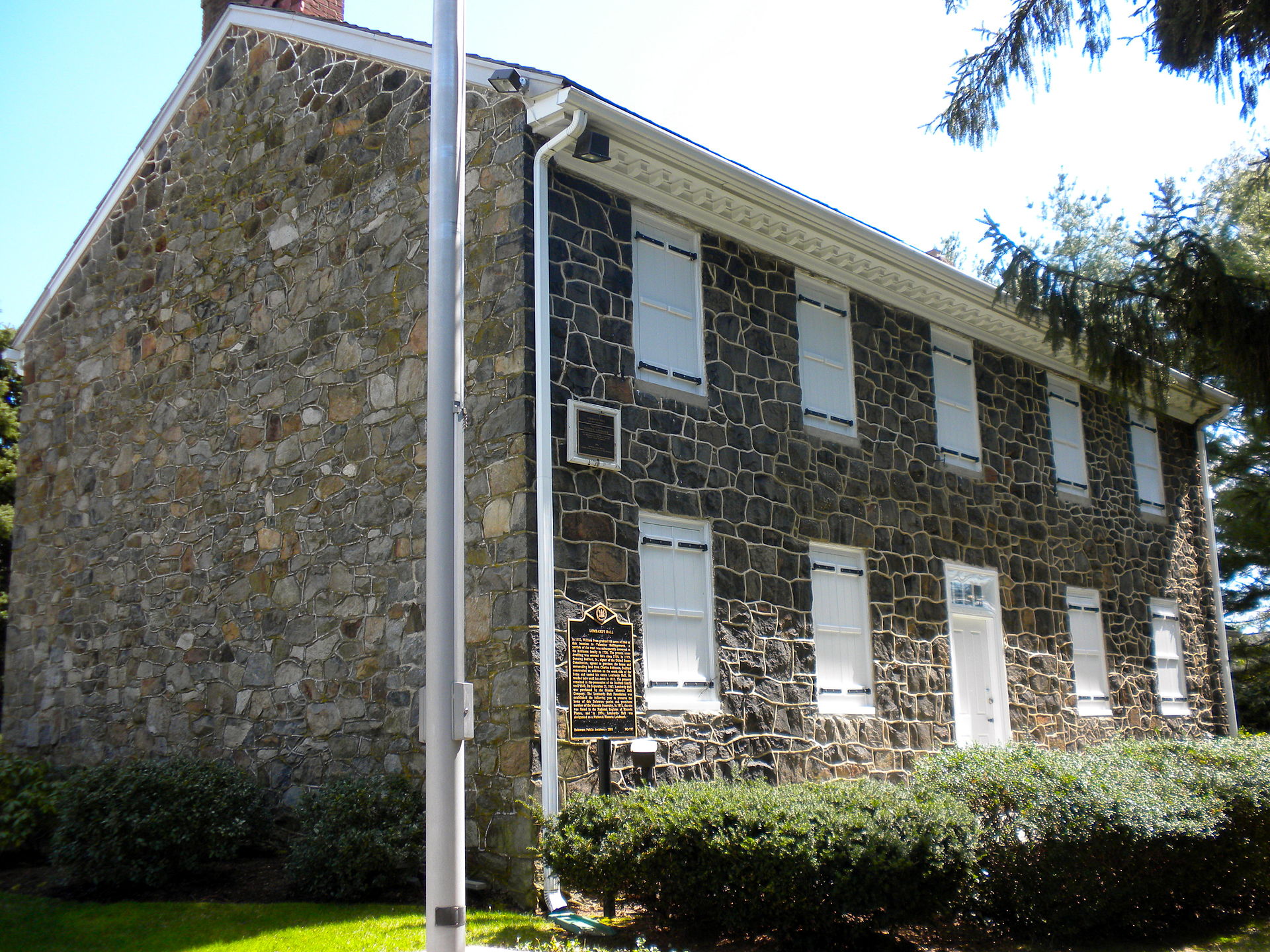 Bedford was born and raised in Philadelphia. He studied law at the College of New Jersey (what would become Princeton) where he was classmates with future president James Madison. He married and he has wife had a daughter together. He began his law career in Philadelphia and eventually made his way to Dover, then Wilmington. It is believed he served in the Continental Army as an aide to General George Washington. He served in the state's legislature, state council, and was a delegate to Continental Congress from 1783-1785. He was appointed to the Annapolis Convention (1786) but did not attend. As mentioned above, he did attend the Philadelphia Convention, where he garnered fame for his support of small states' rights and helped draft the Great Compromise, the agreement that secured these rights. During these years he also served as Delaware's attorney general (1784-1789). In 1789, President George Washington appointment Bedford federal district judge of Delaware.

Towards the end of his life, he was an active supporter of education in Wilmington and served as president of the board of trustees of Wilmington Academy, which would later become Wilmington College. At some point during these years, Bedford served as Grand Master of the Delaware Masonic Lodge. He was also a leader of the Delaware Society for the Promoting the Abolition of Slavery. He died in 1812.

"A Biography of Gunning Bedford, Jr. 1747-1812." American History: From Revolution to Reconstruction and Beyond - University of Groningen. Accessed June 29, 2018.  http://www.let.rug.nl/usa/biographies/gunning-bedford.

Fradin, Dennis B. The Founders: The 39 Stories Behind the U.S. Constitution. New York City: Walker & Company, 2005.