The Second Barbary War was fought between the United states and the Regency of Algiers just off the Northern African Barbary Coast. Nearly a decade after the First Barbary War had led to a relative peace treaty between the United states and the Barbary states. Then soon after the end of the War of 1812 the pirates of the area decided to return and start attacking American and European merchant ships. The Second Barbary war ended in 1815 with the U.S. obtaining victory and another truce by way of diplomacy with the rulers of Barbary. The location chosen for this article is that of the Tripoli Monument at the United States Naval Academy in Annapolis Maryland. The monument commemorates fallen officers involved in the Tripoli Wars for their valor and sacrifice to our country.

Depicts the triumphant return of the American squadron under Con. Bainbridge from the Mediterranean 1815. 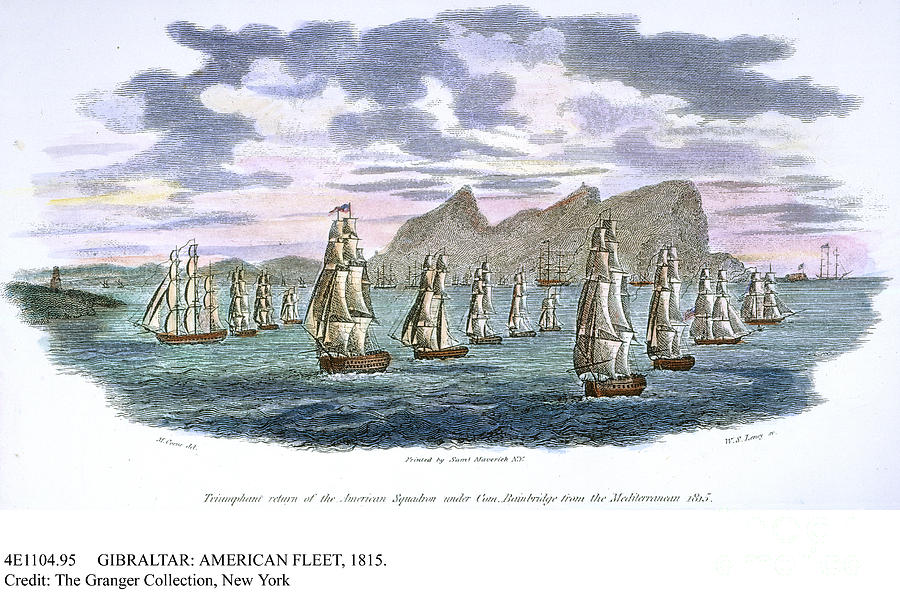 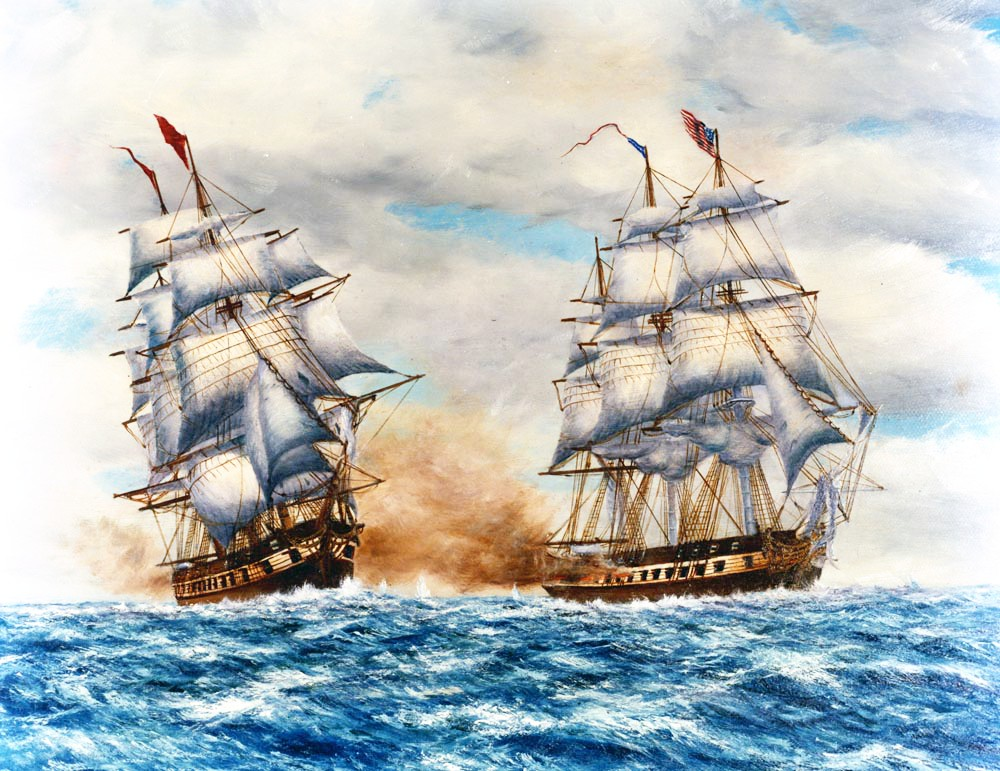 The 10 war ships sent by the U.S. included the USS Guerriere(Flagship), the Constellation, the Macedonia, the Epervier, the Ontario, the Firefly, the Spark, the Flambeau, the Torch, and the Spitfire. After setting off from Gibraltar on their way to Algiers, Decatur’s fleet encountered the Meshuda (Algerian flagship) and captured it in the Battle of Cape Gata. Then they captured the Estedio (Algerian brig) in the battle of Cape Palos. By the end of June, the fleet had reached Algiers and had started peace negotiations with their leader the Dey.

The U.S. wanted compensation from the Dey and even threatened destruction but the Dey would not budge. However, on July 3rd, 1815 the Dey signed a treaty aboard the USS Guerriere in the Bay of Algiers. The treaty agreed to the release of the Dey’s two ships (the Mashuda and the Estedio) as well as returned all captives from both sides. The treaty also made Algeria pay 10,000 dollars for the seized shipping and guaranteed that the United States would no longer pay any tributes as well as complete shipping rights in the entirety of the Mediterranean. In most accounts this was the beginning of the end to all piracy within the region.