Overlooking the U.S. Naval Academy, the Maryland World War II memorial serves as a site of remembrance of those who lost their lives during World War II. The monument includes the names of over six thousand Maryland residents who lost their lives during World War II. In addition, the monument includes gold stars mark the 400,000 American lives lost. The monument was designed by New York architect Secundino Fernandez, and includes a rectangular amphitheater surrounded by columns and granite slabs inscribed with the names of Maryland veterans. 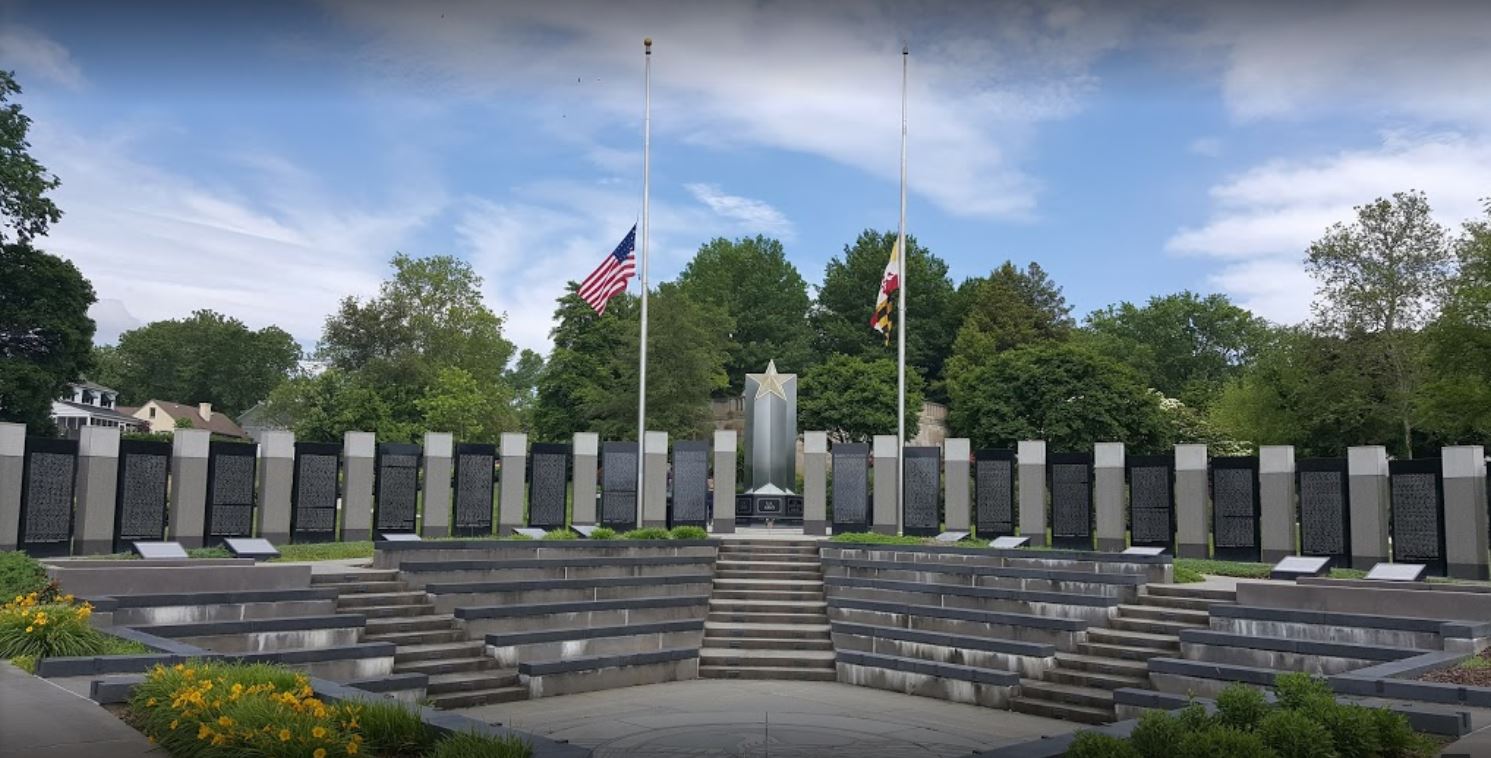 The seven sided monument representing MD and the armed forces 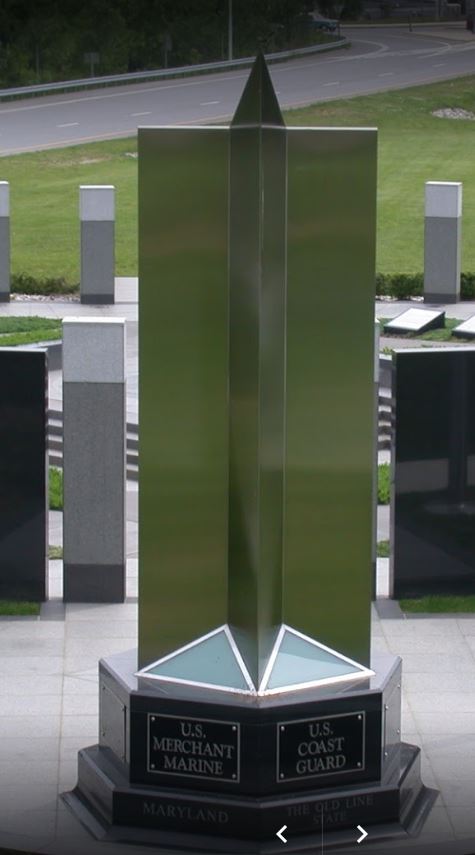 A closer view of the men remembered

The 7 sided monument through the eyes of the monuments 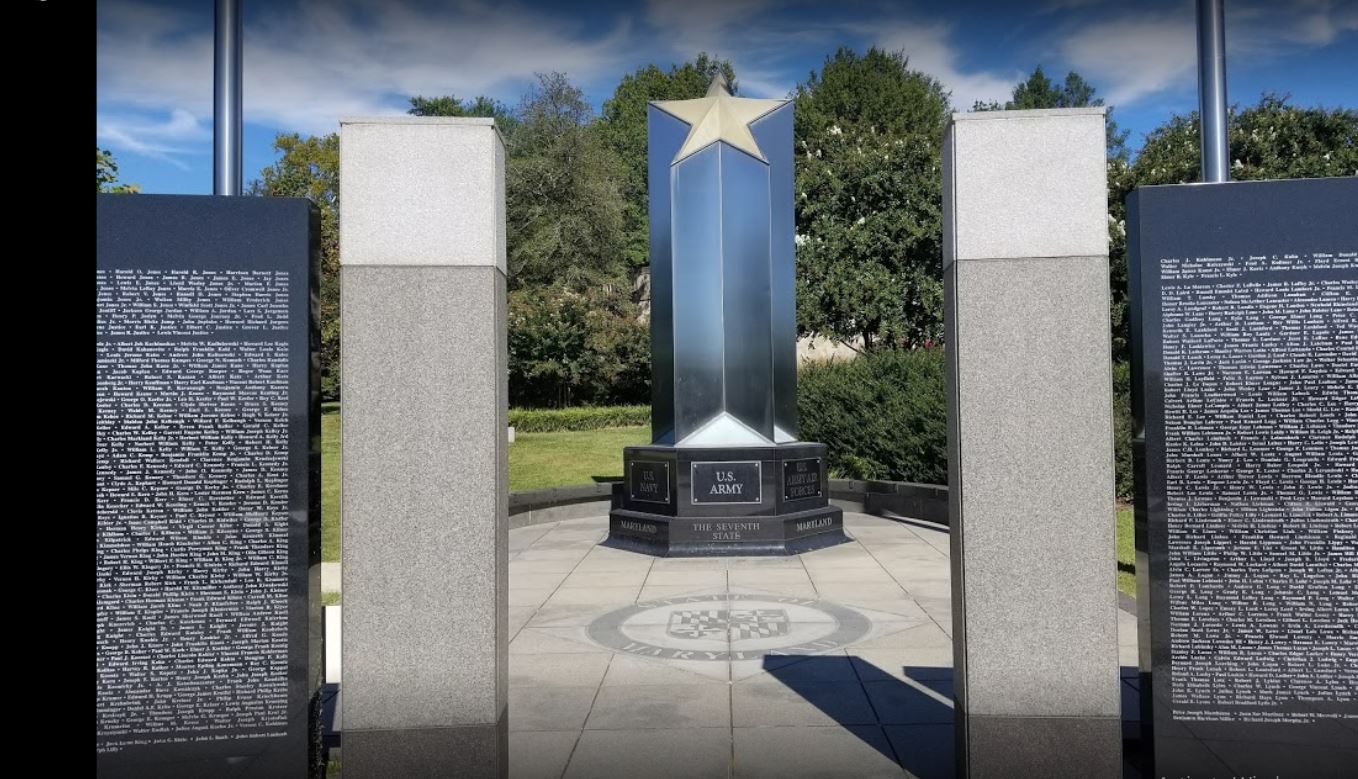 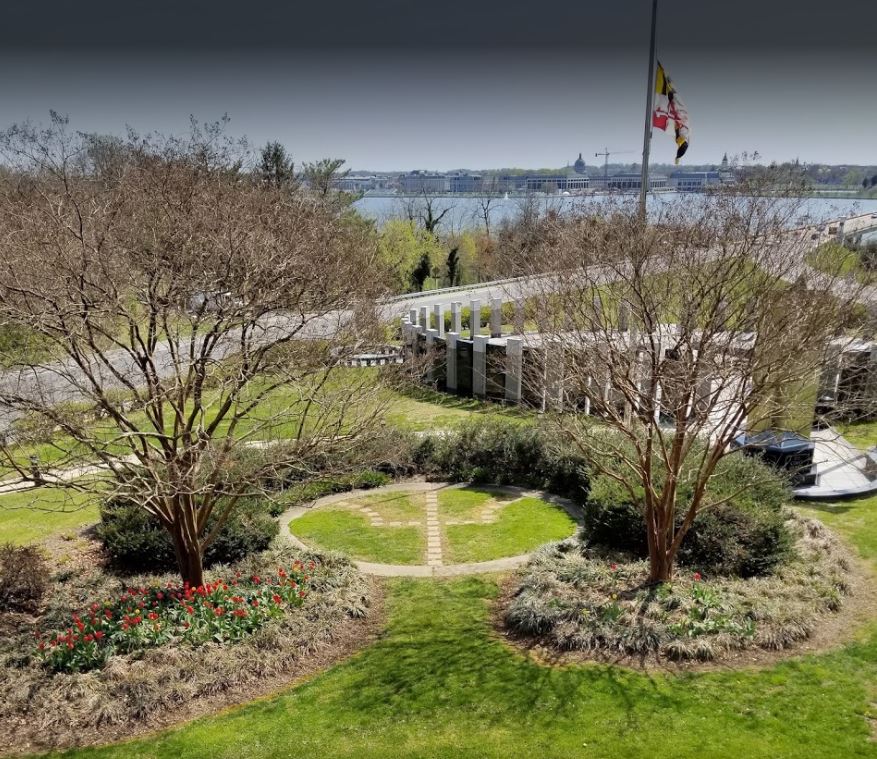 7 sided monument through the back view 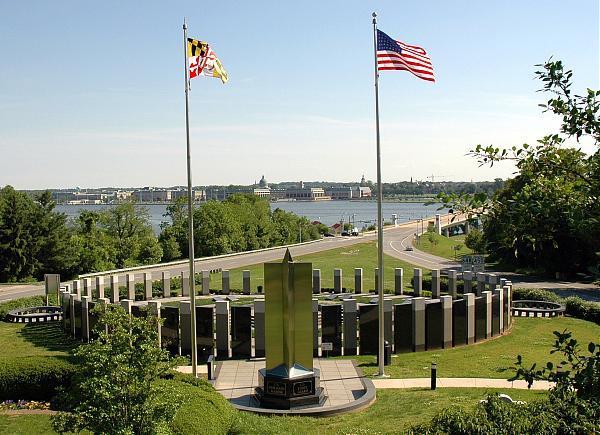 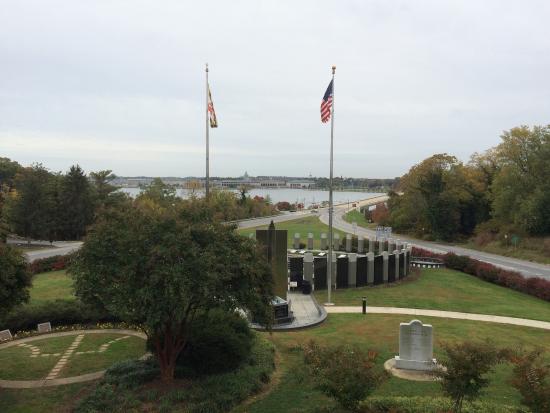 The Maryland World War II memorial was first erected in 1998 to remember and honor Maryland residents who died in service to their country in that conflict. The monument is located on top of a hill overlooking the Severn River and the U.S. Naval Academy.

The monument includes forty-eight pillars representing the 48 states at the time of the war. The state of Maryland is represented by a unique seven-sized stainless-steel pillar in the shape of a star. On the ground are etched two large globes representing the Atlantic and Pacific theaters of action. The memorial also includes twenty plaques on granite stones which offer a summary of the contributions made by the 288,000 Marylanders who served in the military during the war, as well as those who served the war effort by working in essential industries.