Erected in 1897, the Eden's Sons Civil War Memorial recognizes the sacrifice of soldiers who served in Maine's regiments and defended the Union from 1861 to 1865. The memorial depicts each of the four Maine regiments with a sculpture on each side of the monument. While the Battle of Portland Harbor was the only Civil War Battle that occurred within Maine, soldiers from Maine played a pivotal role in Gettysburg and other major battles.

The Eden's Sons Statue of the Civil War Memorial. 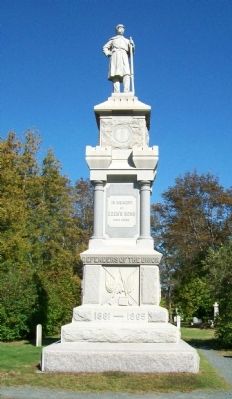 Newspaper Drawing of The Battle of Portland Harbor. 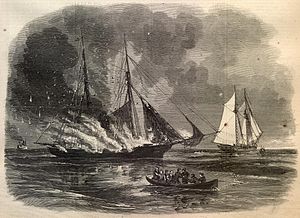 South face of the memorial representing the Infantry emblem. 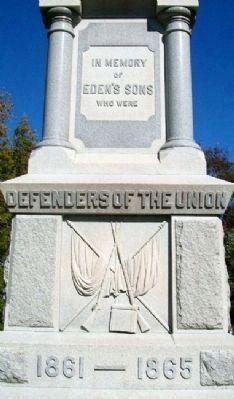 North face of the memorial representing the Sailors emblem. 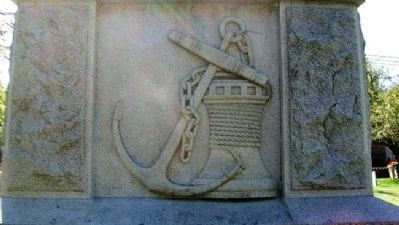 West face of the memorial representing the Caverly emblem. 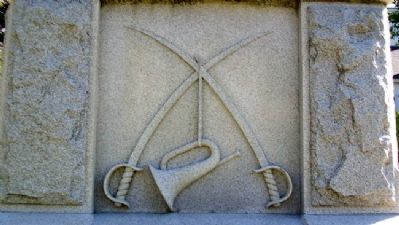 East face of the memorial representing the Artillery emblem. 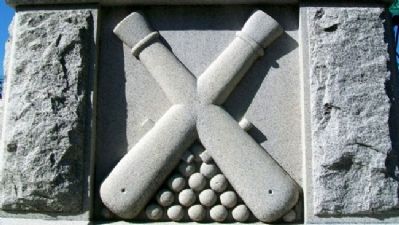 Bar Harbor was founded in 1796 as the town of Eden when Samuel Adams signed the document for the first town meeting. The town's name changed to Bar Harbor in 1918, nearly two decades after the creation and dedication of the Eden’s Sons Memorial.

Maine's contribution to the Union included 80,000 troops organized into thirty-two infantry and two cavalry units as well as seven light and one heavy artillery regiments. In addition, over more than two dozen Maine residents served the Union army as generals.

The only Civil War battle that occurred within Maine's territory was the Battle at Portland Harbor on June 24, 1863. On that day, the Confederate raider Tacony was attempting to evade the Union Navy. As part of their plan to escape, the Confederates took the Archer, a Maine fishing schooner. After capturing a new vessel, Confederate raiders burned the Tacony and then took the Archer to Portland where they captured another vessel, the Cushing, and sailed out to sea.

Outraged by this theft, the garrison at Fort Preble in South Portland sent the Chesapeake and the Forest City to capture the Confederate raiders. After a small Scuffle between the Union and the Confederate ships, the Cushing was scuttled, twenty-five Confederates were captured, and there were no losses to either side.