Given his previous position as a member of Congress, Albert Gallatin Jenkins was one of many politicians who were given command of soldiers in the Civil War owing to a lack of experienced offices in the North or the South, as well as a long tradition of politically-minded appointments. Jenkins was a slaveholder who sought to regain his wealth and status by leading cavalry raids that also led to the acquisition of property. Today, he is best known for capturing free women and children of color and selling them into slavery while he was supposed to be preparing for Lee's invasion of Pennsylvania. This marker shares the history of a lesser-known event in Jenkins' short military career. In response to Robert E. Lee's invasion of Maryland, Jenkins was ordered to begin raids to divert the attention of Union troops in the area. Jenkins and his men began in Sulfur Springs and behind a path of destruction from August 22- September 12, 1862. The raiders killing and captured hundreds of soldiers, commandeered property, and destroyed small arms. On July 7th, Jenkins and his Confederate raiders attacked a Union outpost of the 17th Ohio infantry at Glenville. 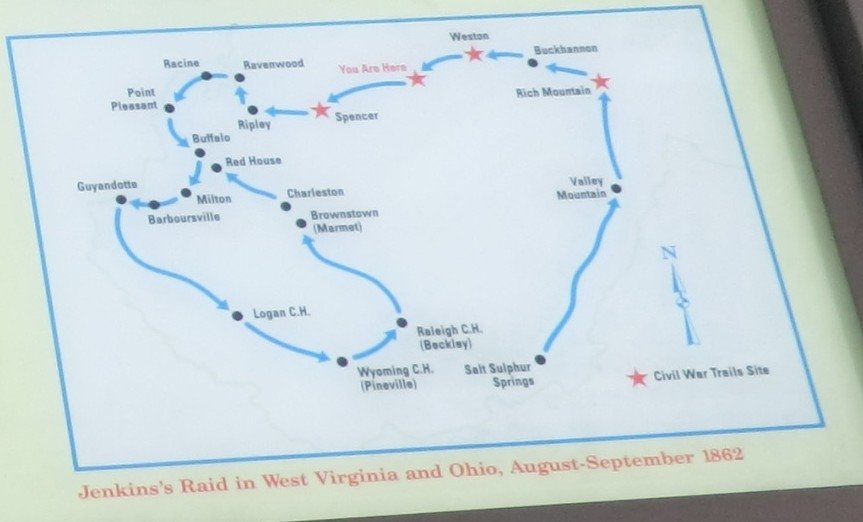 Attack on Glenville Marker,located on the campus of Glenville State College 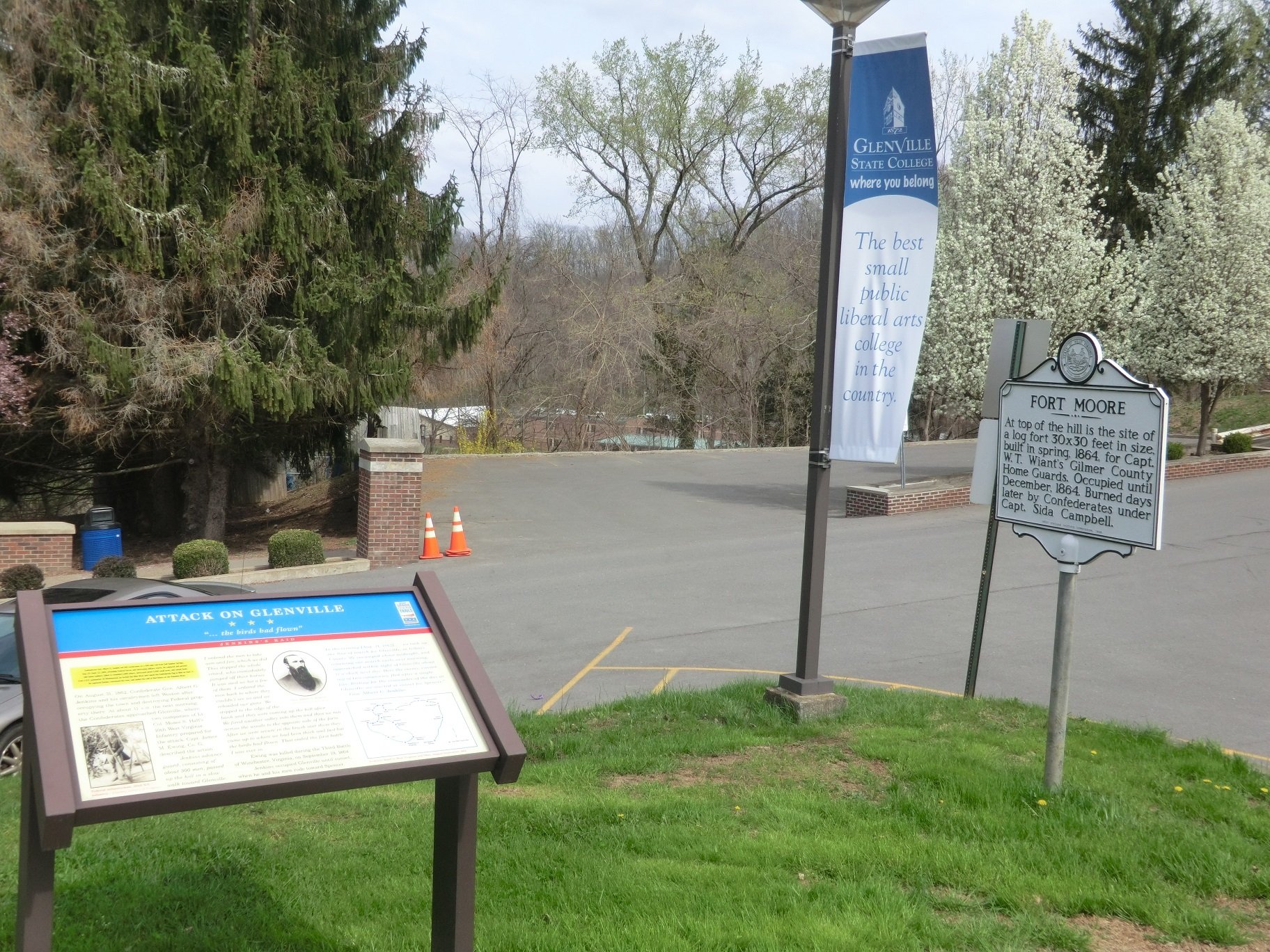 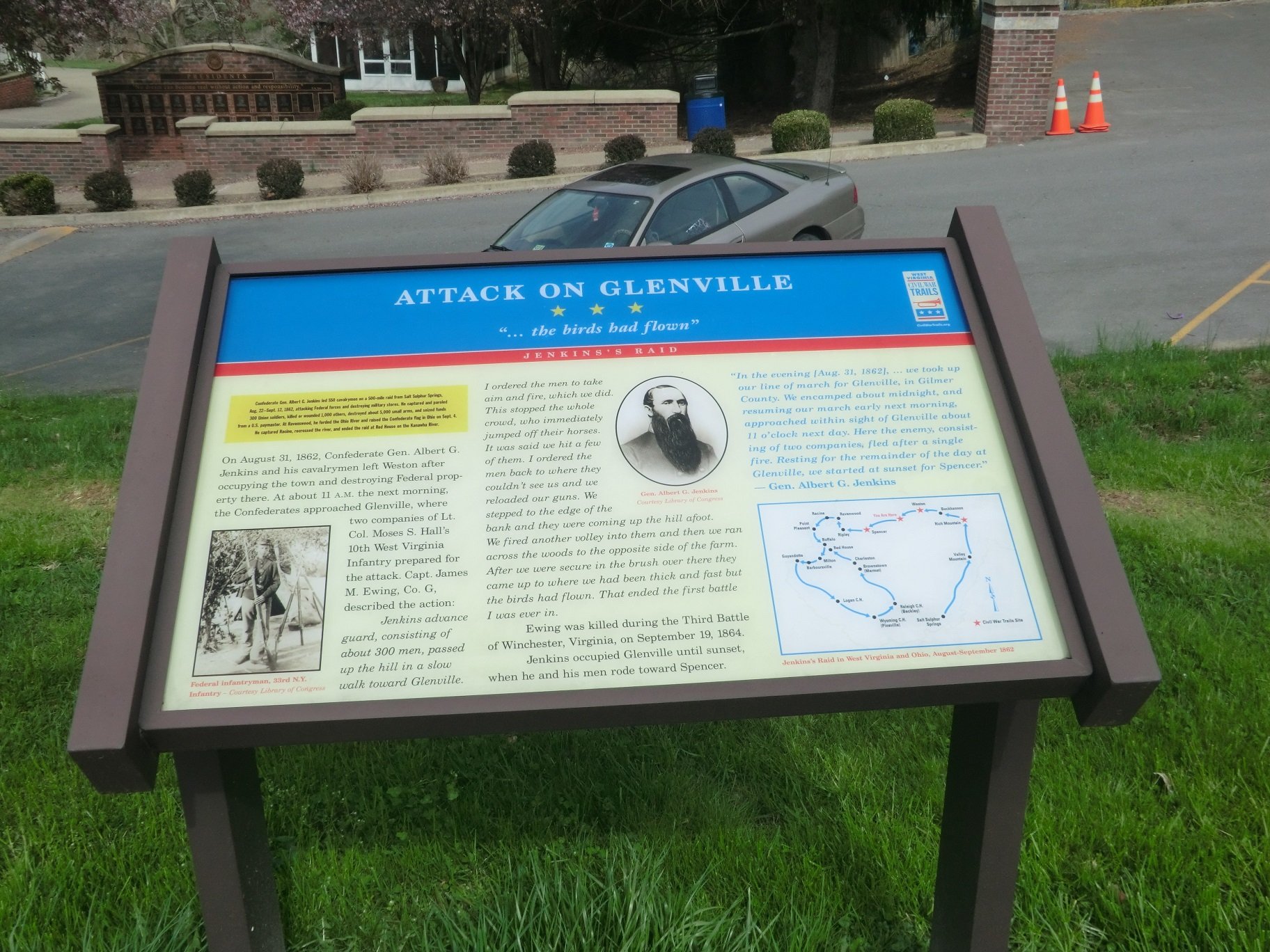 In August of 1862, Union forces redirected around 5,000 men from Charleston to other areas that were more active in the Civil War. General William Wing Loring tasked General Albert Jenkins with leading a raiding party into the newly undefended territory.

Launching his assault from Salt Sulphur Springs with 550 men, Jenkins would occupy Buckhannon, capturing 20 men, thousands of small arms and other much needed logistical supplies like clothes and food. He would stop briefly here in Glenville before going onto Ripley where he would capture a federal paymaster and confiscate a 5,525 dollars. No small amount for 1862.

Jenkin's raid proved successful and led to the raiding party planting the first Confederate flag in Ohio. This raid demonstrated that Union defenses of Kanawha Valley were vulnerable to a medium-sized cavalry force.