Built in 1914, Holy Trinity Armenian Apostolic Church is the oldest Armenian church in the American West and may have been the first church designed by an Armenian architect in the United States. The congregation dates back to 1895. Five years later, the members of the church began a fundraising campaign to create their own building. They hired Lawrence Karekin Cone to design the church, asking him to build a structure that would resemble the historic churches of Armenia and Turkey. The church served what was once a sizeable Armenian community in Fresno and now serves a diverse community with services being offered in English on the last Sunday of each month. Especially popular with church members and residents of Fresno alike is the annual Grape Blessing and Festival. 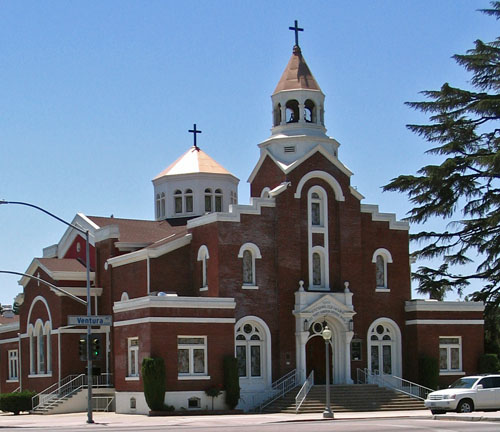