Built in 1918, this eight-story building is renowned for its ornate terra cotta and brick. It was originally home to the Bank of Italy, the same bank that later became the Bank of America. The interior lobby reflects California's booming economy during the early 20th century. Visitors would have been awed by the grand entrance and its marble floors and staircases as well as the twenty-five-foot tall ceiling finished with decorative plaster. The elevator doors were finished with etched brass and the stairs were made of solid mahogany. 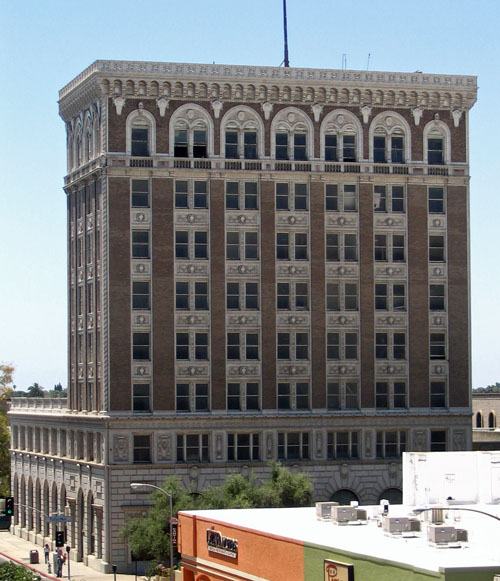