The space currently occupied by Warren Distribution's blending and packaging plant in Glen Dale dates back to the 1920s. It was originally built as an airplane factory for Fokker Aircraft Corporation of America (of Passaic NJ & Glendale WV). The company made tri-motor air mail planes and was in existence until 1931 when the Great Depression affected their business and a highly publicized crash of a Fokker F-10 killed famed Notre Dame coach Knute Rockne. In 1934, Louis Marx purchased the building and converted it into the Marx Toy Factory. Marx employed between 1000-1500 workers and, in the 1950s, manufactured one-third of all toys sold in America. The toy plant closed in 1980 and sat idle until Warren Distribution purchased the site in 2006. The airfield is still in use as an active private airfield.

An April 1929 photo by J.E. Anderson of a Fokker Trimotor at Glen Dale Fokker Field, in front of the north end of the Fokker factory where it was built.

A 1/20/29 photo of the fuselage assembly line at the Fokker Aircraft Corporation of America, Glen Dale. 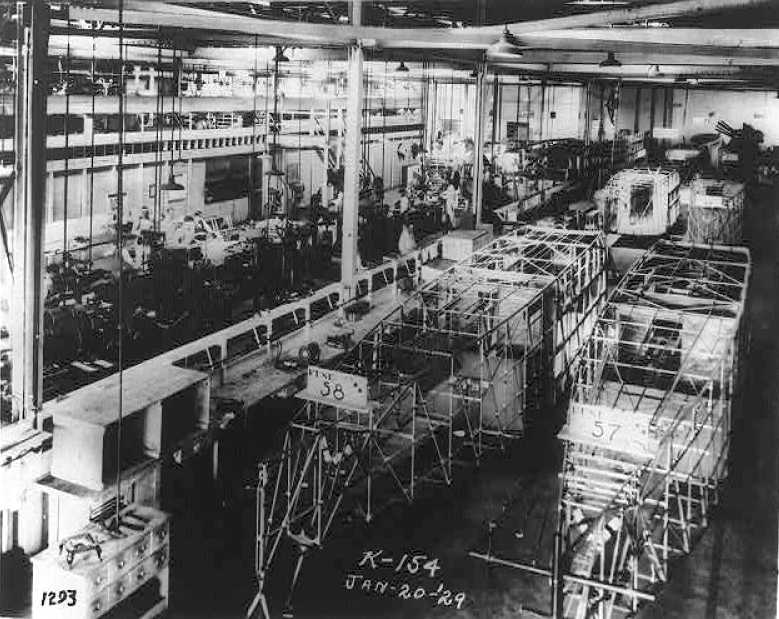 As seen in a circa 2001-2005 USGS aerial photo, a total of four hangars were located along the northeast side of the runway.

A 7/24/16 photo by Rick Harshbarger looking south along the Glendale runway, with the former Fokker airplane factory visible at left.

Santa, on the left, and his workers at Marx Toys. 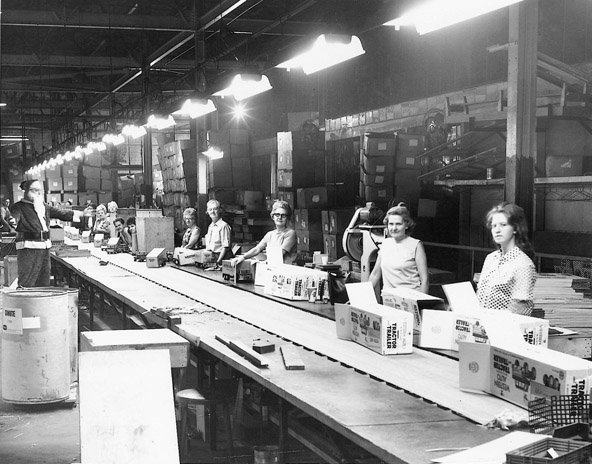 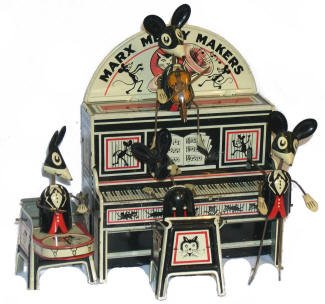 The most popular Marx toy of the 1970s was the Big Wheel. 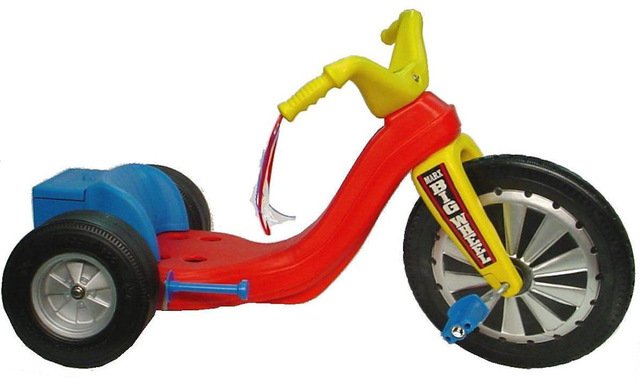 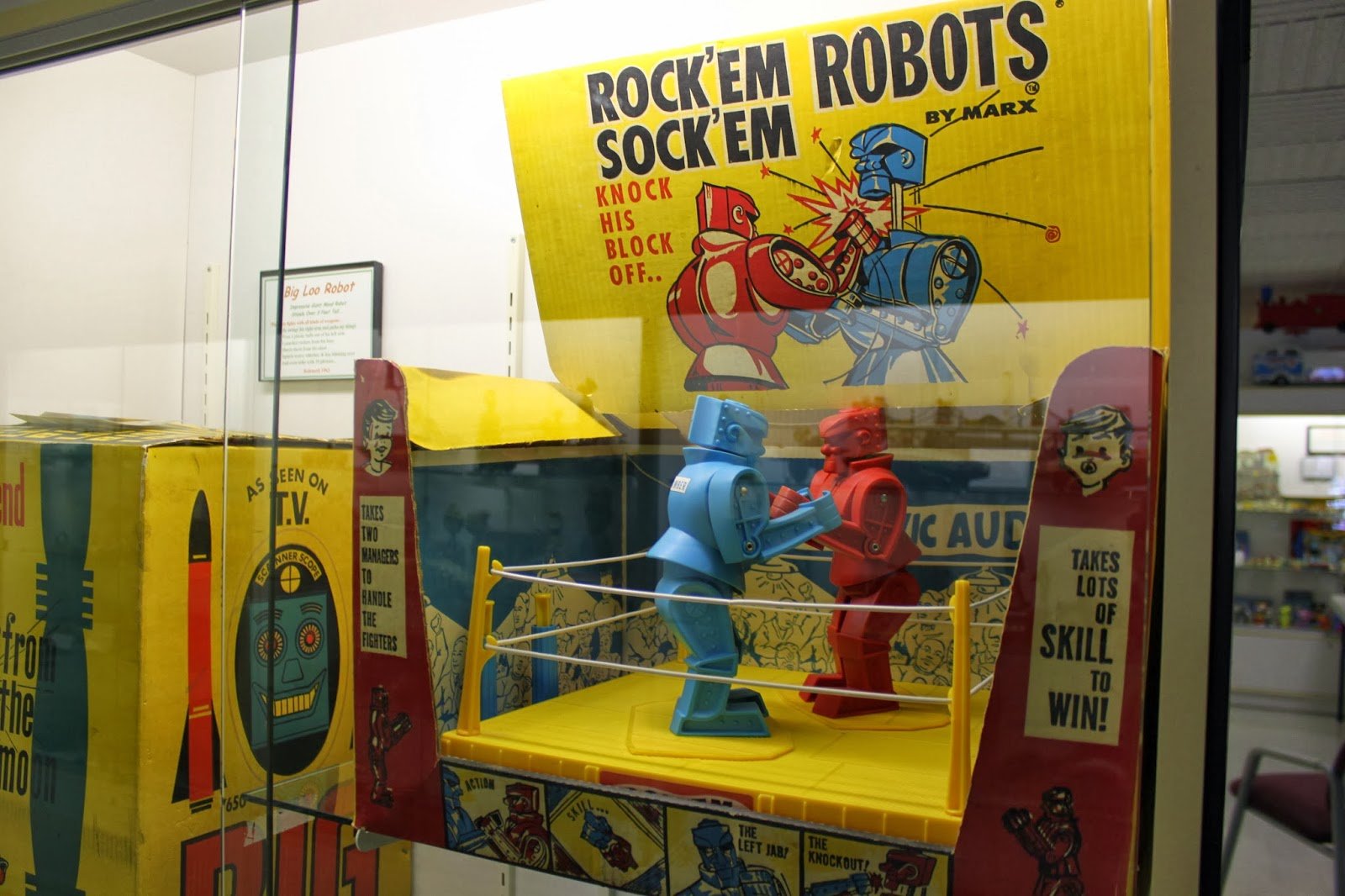 The factory as it sat empty (left) and the Warren Distribution Plant today (right).

Anthony Fokker, the owner of the Glen Dale airplane factory, was born in the Netherlands then moved to Germany to develop experimental aircraft. While in Germany, he designed the Fokker D.VIII which was used by the Red Baron during WWI. Fokker escaped Germany after the war and returned to the Netherlands to work on commercial airplanes. From the Netherlands he had two factories built in America, one in Glen Dale, WV an one in Teterboro, NJ. Due to his involvement with Germany during WWI, the Fokker name was not used until the late 1920s.

The Fokker factory sponsored some of Ruth Elder's flights. Ruth Elder was known as "Lady Lindy." She was an actress who was inspired by Charles Lindbergh's flight across the Atlantic and was determined to be the first woman to fly across the Atlantic. The plane she flew was named "American Girl" and was paid for by a group of businessmen from Wheeling, WV (10 miles north of Glen Dale). Elder's flight went down in the ocean and she was rescued by a Dutch oil tanker. The Glen Dale airplane factory employed 500 workers and closed in 1932.

The Glen Dale Fokker airfield curves with the river and is still in operation today. It has a single maintained 2,600' turf Runway andt is located between the Ohio River and the B&O railroad.

In 1934, Louis Marx, the toy mogul, purchased the former airplane factory and converted it into a toy factory. Marx was born in Brooklyn, NY and credited with bringing the Asian yo-yo to European and American markets. In its busiest season the toy factory employed 1500-2000 people. The company made tin toys prior to WWII with the most popular being the Marx Merry Makers. During WWII, the production of toys was stopped to produce shell and bomb cases and grenade pins.

In 1946, before they switched over to plastic, they dipped and baked approximately 3.5 million toys a month. After the war, plastic toys were produced with the most popular being the Big Wheel. A popular game made by Marx was Rock'em Sock'em Robots. Marx was also known for action figurines such as Johnny West. By the mid-1950s, they were moving more than a million plastic pieces per day.

The Glen Dale factory was sold to the Quaker Oats Company in 1972. The new company continued its operation but closed the factory in 1980 as the age of electronic toys took over.