The Alpha Xi Delta Sorority House on the campus of the University at Urbana-Champaign is a historic chapter house. It was constructed in 1914 in the Tudor Revival style as the private residence of the banker Matthew Busey based on the design of noted architect Joseph Royer. Bought in 1928 by the sisters of Alpha Xi Delta, the house also represents the flourishing of the Greek Letter Society movement at the Urbana-Champaign campus of the University of Illinois in the 1920s.

The home was originally constructed for the family of local banker Matthew Busey in 1914. 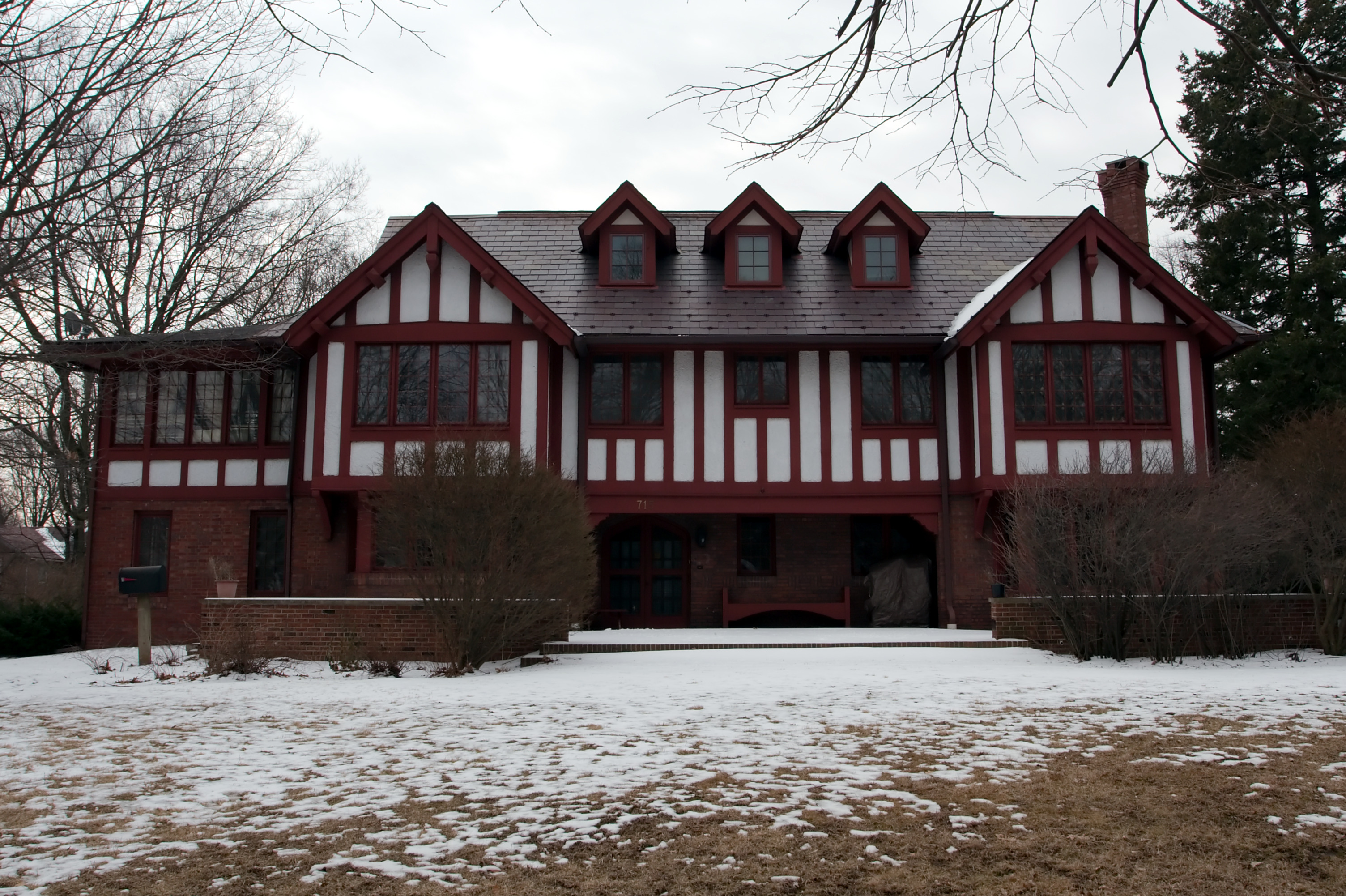 Matthew Busey:
The Alpha Xi Delta house was originally constructed in 1915 as a private residence for Matthew Busey. Busey was a prominent local banker who served as president of the Busey State Bank for 44 years. In 1905, he was appointed treasurer of the University of Illinois. Busey lived in the house for 13 years until his death in 1928.

Architectural Features:
The house was designed in the Tudor Revival style by Joseph Royer, a prominent architect who designed numerous buildings in the Urbana-Champaign area including many courthouses and high schools as well as the chapter house of Alpha Chi Rho. Notable external features include brick walls on the first story paired with half-timber and stucco on the upper stories; pitched cross gables on the front facade; tall, narrow windows and tall chimneys of patterned brickwork.

After renting a series of homes, the chapter purchased their current house from the Busey family in 1928. The house is one of many fraternity and sorority houses located in a region to the east of the university campus.