The Krueger Mansion is one Newark's most iconic landmarks, situated prominently at the corner of Court Street and Martin Luther King Jr. Blvd. It is a beautiful example of Late Victorian architecture and one of most ornate buildings in the city. Its appearance has been compared to a Bavarian castle. It was built by Gottfried Krueger (1837-1926) in 1888, founder of Gottfried Krueger Brewing Company one of Newark's beer barons of the late 19th and early 20th centuries (he was a judge and elected official). The mansion features 40 rooms, a five-story conical tower, and wrap-around porch. Today, the City of Newark owns the mansion and there are plans to renovated it as well as revive the neighborhood.

Built in 1888, Krueger Mansion is the most ornate building in the city. Photo: Wikimedia Commons 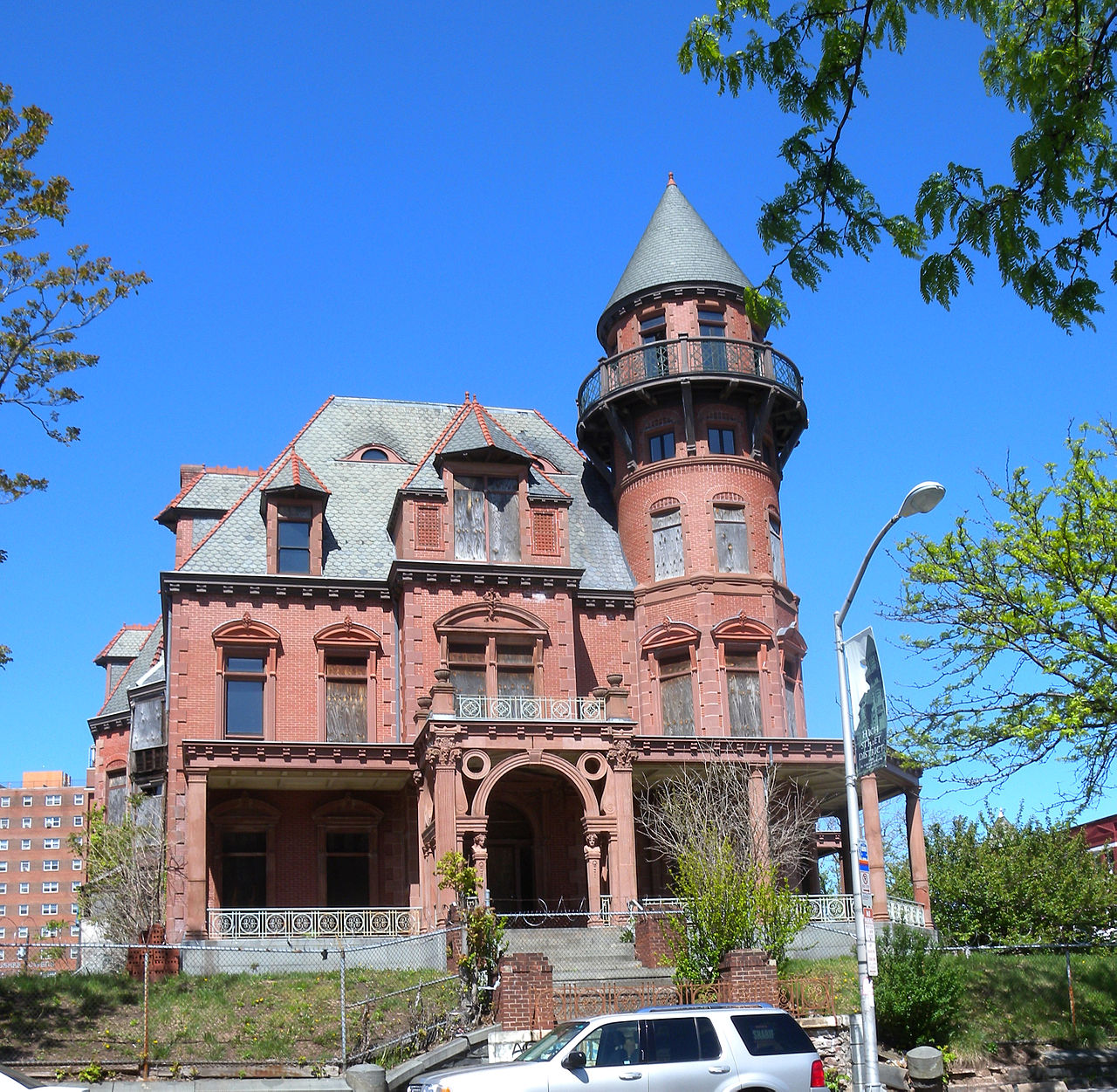 Model of the proposed development project. The mansion is on the bottom left corner. Photo: Makerhoods.org 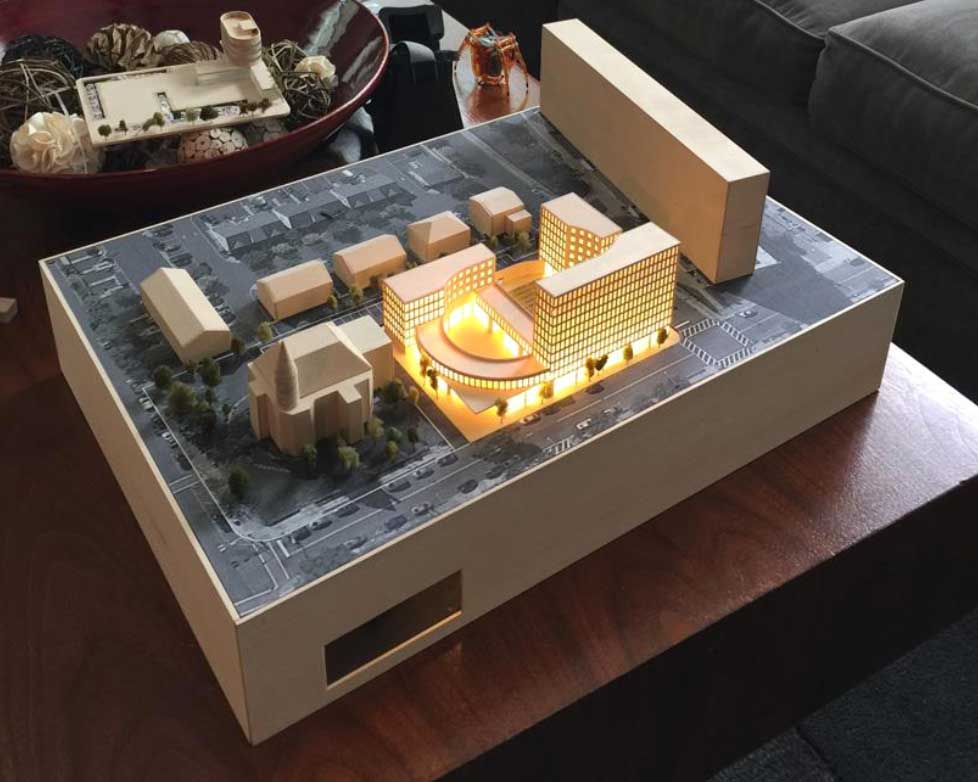 Gottfried Krueger lived in the mansion until 1914 but it remained in the family until shortly after World War I. A construction company bought it in 1925 and later it became a Masonic temple. In 1958, Louise Scott, who is believed to be the city's first African American millionaire, bought the mansion and opened a beauty school inside. The city assumed ownership in 1982 after her heirs failed to pay property taxes. Unfortunately, the city did not take care of the mansion and it fell into disrepair and a barb-wire fence has surrounded the building ever since. In 2017, a development company proposed a plan to renovate the mansion as well as revive the neighborhood with new apartment buildings, and urban farm, and shops and restaurants.