In 1917 the people of Summerhill, Illinois created a statue within the park in honor of the Union men in the area who served in the Civil War. This monument was to dedicate to the members of Maj. Sam, Hays Post 477 G.A.R. Dept of Illinois. The monument was refurbished and rededicated in 1992. The artist for the creation of the monument was the W.H. Mullins Company.

Civil War Monument Front side. Memorial for the Illinois Union soldiers who fell in the Civil War. Statue of a Union soldier standing at parade rest. 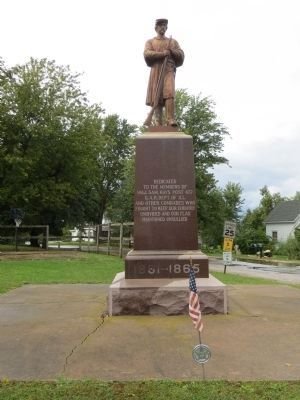 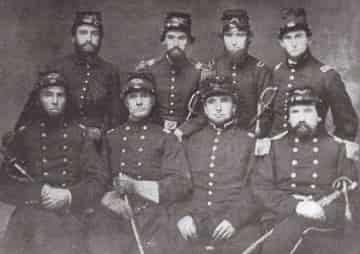 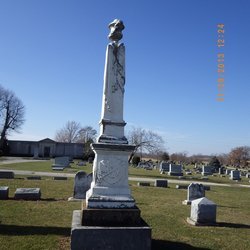 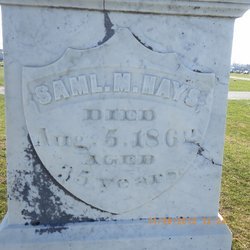 Major Samuel Hays was born in 1827 in Highland County, Ohio. Once he enlisted into the military, he would then partake in the Mexican War and then battle in Monterrey and Verra Cruz. Once the Mexican War was over Hays would move to Pittsfield where he would study law and become a partner with James S. Erwin. Once the opposition attacked Fort Sumter, Hays would travel all over the county to give speeches and rally troops to strengthen and preserve the Union. At this time, he enlisted early and began to lead the Pike County Home Guards to Quincy. Once he arrived too, Quincy Hays was commissioned as Major in the sixteenth Illinois Infantry on May 24, 1861. Major Hays had already served with distinction in Missouri before being sent off to Corinth, Mississippi. Major Hays Would then become fatally ill in the summer of 1862 on the outside of Corinth. Major Hays would contract Dysentery from drinking the bad water in Corinth, Mississippi. As many as one-third of the forces in Corinth would also contract the same condition which would later be called the Mississippi Quick Step. On August 5, 1862, Major Hays would die of Camp Fever and then his body would be brought back to Pittsfield for burial. The funeral of Major Samuel Hays in Pittsfield to be recorded as the largest funeral ever attended in the community. The monument was built in 1905 to honor those who served under the Hays Post who served to keep the nation undivided in the time of Civil War.