Nez Perce National Historical Park stretches across four states and includes 38 sites. Of these, the Spalding Site and Visitor's Center is one of the leading destinations. In 1838, the Rev. Henry Spalding established a mission near this location. The federal government established a Bureau of Indian Affairs office here in 1861. In 1935, the state of Idaho reserved funds to preserve the site and Congress created the Nez Perce National Historical Park thirty years later. Today the site is the home of a visitor's center and museum that display artifacts dating back hundreds of years. 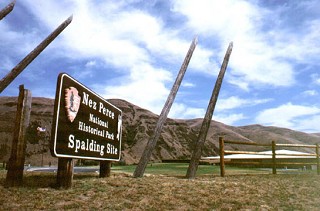