Site of the first cabin in Moundsville (Joseph Tomlinson)

This stone marker designates the location where Joseph Tomlinson and his brothers Samuel and James became the first settlers of European descent to build a cabin in present-day Moundsville. The family was originally from Maryland and came to the Virginia frontier in search of land in 1771. The original cabin burned in 1809 and a two-story structure was built in its place. The second structure remained until 1917, when the land was purchased and cleared to make room for Moundsville High School. The school served the community as a high school from 1919 to 1968. In 1968, a new high school opened and the building became Moundsville Junior High and served grades 7-9 until the school closed in 2001 due to concerns about the building's structural integrity. The new Moundsville Middle School, just north on Tomlinson, opened in 2001 and continues to serve Moundsville and the surrounding area for grades 6-8.

This location is marked with an old stone marker directly across the road from 400 Tomlinson Avenue. The American flag and flagpole is a holdover from the site's school days. 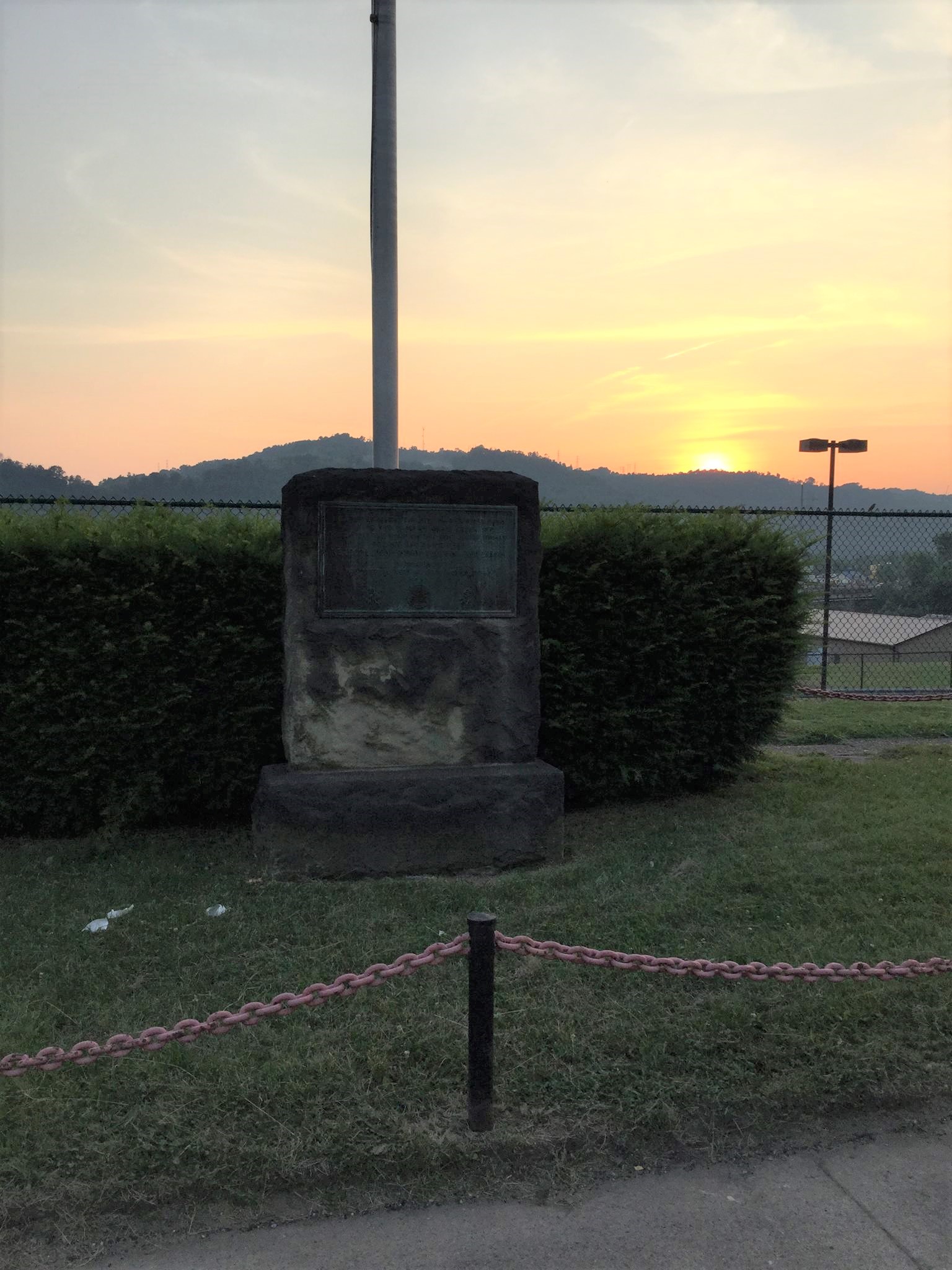 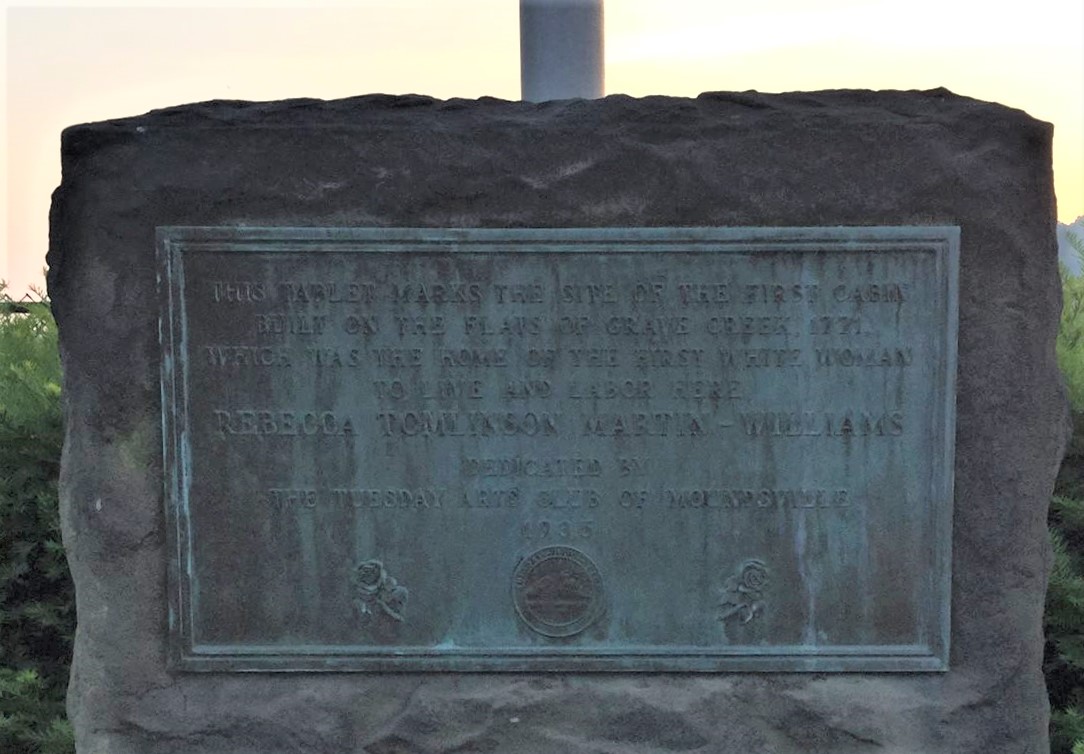 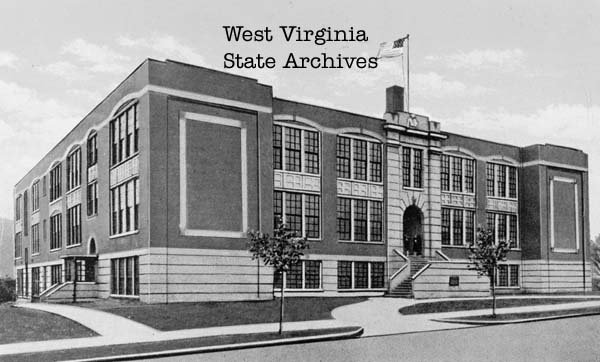 Demolition of Moundsville High School with marker in front.

The Tomlinson house, torn down in 1919 to make room for Moundsville High School. 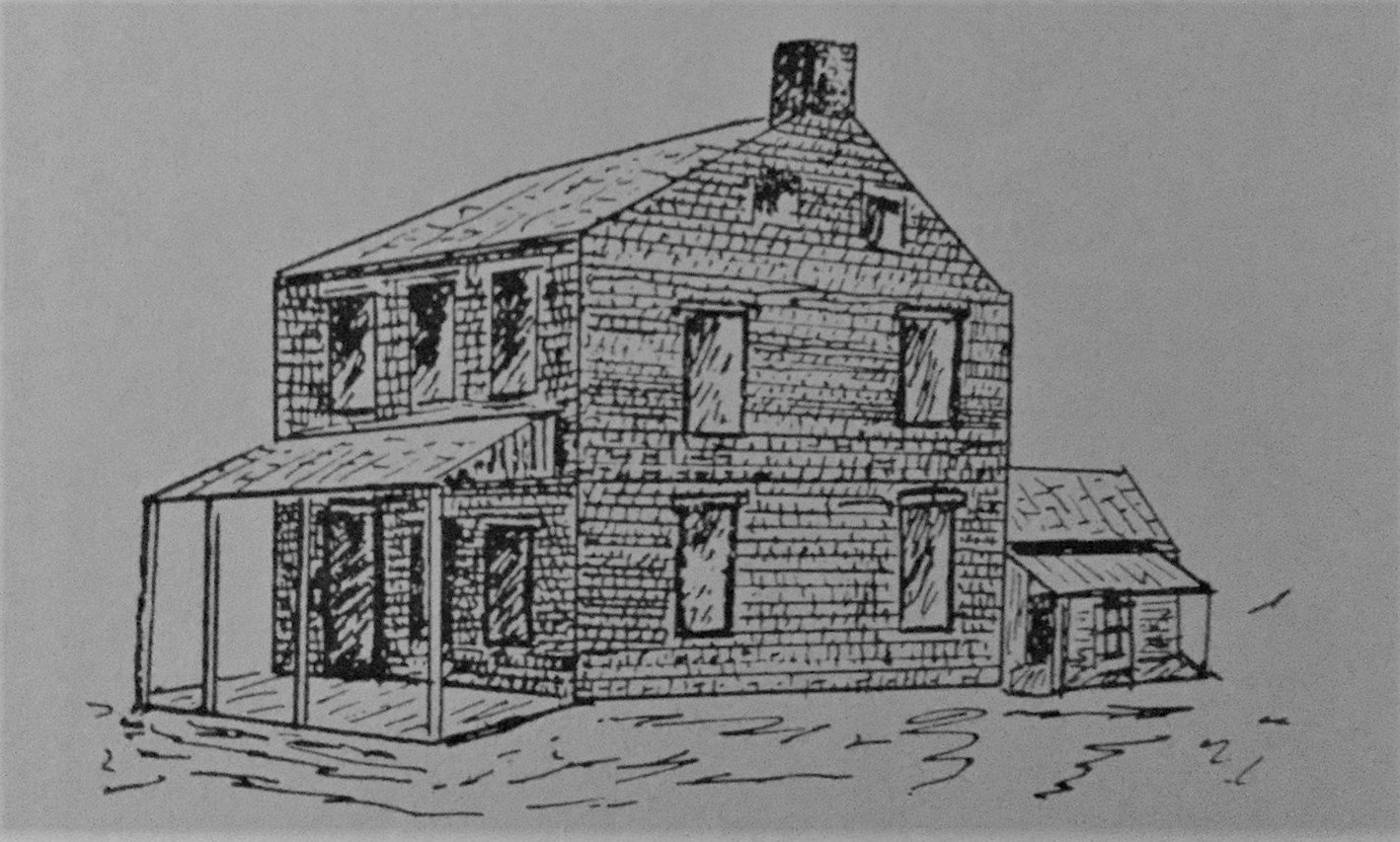 Joseph Tomlinson and his brothers came to the site to prepare the land and build a log cabin. They returned to Maryland to bring their families back with them. In 1772, Joseph and his wife, Elizabeth, his two brothers, his mother and father, and Con O'Neill settled what is present-day Moundsville.

Joseph Tomlinson was the first settler of European descent to discover the Grave Creek Mound. The discovery came in 1772 as Tomilson was hunting deer. On his return, Tomilson circled a large hill covered in dense forest. He recognized the hill to be man-made and likely a burial mound. Together with his wife, the Tomilson family protected the mound as long as they lived.

When the Revolutionary War broke out in 1775, it became even more dangerous to live on the frontier. By 1777, the Tomlinson family made the decision to vacate their property and shelter in Wheeling's Fort Henry for the duration of the war. The last land battle of the American Revolution took place at Fort Henry in 1782.

By 1785, the Tomlinsons were settled back in their original frontier home and constructed a fort around their home to better protect themselves from the natives in the Ohio Country. The threat was not alleviated until the Treaty of Greenville signed in 1795 and moving the Indians into northwest Ohio.