Crailo State Historic Site, is a historic, fortified brick manor house which was originally part of a large patroonship within the famous van Rensselaer family of upper New York. Kiliaen van Rensselaer, inherited the land and owned the home. Crailo is the museum of the Colonial Dutch in the Hudson River Valley. Originally a part of the vast landholding called the Manor or Patroonship of Rensselaerswyck, the Crailo farm was named after the Van Rensselaer's estate in the Netherlands, variously spelled Crayloo or Cralo in the 17th century, and meaning "crows' wood" in Dutch. 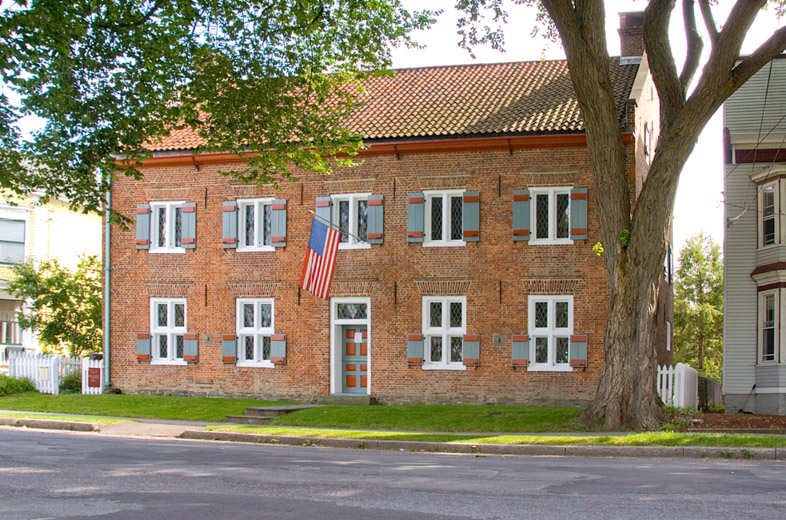 Crailo was built in the early 18th century by Hendrick Van Rensselaer, grandson of the First Patroon. Hendrick died in 1740 and his eldest son, Johannes, inherited Crailo. He remodeled the house and added an east wing in the Georgian style, reflecting the increasing influence of the English on the Albany-area Dutch. In the late 18th century, Crailo was remodeled in the Federal style. It served as a boys' boarding school in the 1840s and later as a church rectory. Each new venture brought more changes to the structure. In 1924 Crailo was donated to New York State for development as a museum. Crailo today tells the story of the early Dutch inhabitants of the upper Hudson Valley through exhibits highlighting archaeological finds from the Albany Fort Orange excavations, special programs, and guided tours of the museum.

11-4 Wednesday-Sunday from mid-May through the end of October.