The Battle of Trenton was one of the pivotal battles of the American Revolutionary War. This battle took place December 26, 1776, in Trenton, New Jersey. George Washington’s army had recently been defeated several times in New York, and were retreating to Pennsylvania and New Jersey. Washington enlisted his men with expiring terms to stay for a final mission, crossing the Delaware River on December 25 in three columns. However, the storm caused the river to be nearly frozen, and two columns turned back. Nevertheless, Washington split his remaining troops into two forces, and on December 26, took the Hessian forces by surprise despite repeated warnings of their attack. Approximately 900 Hessians were captured, and then provided vital information for securing Trenton in the following days. 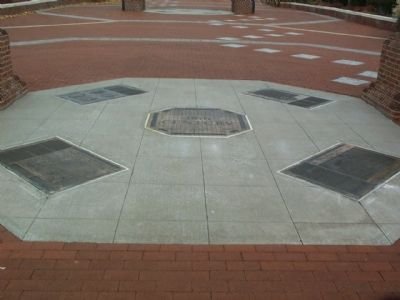 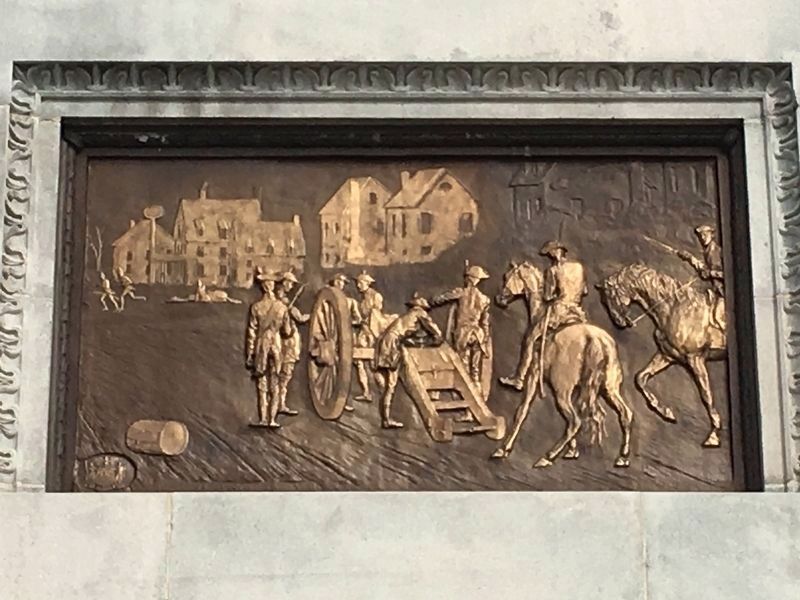 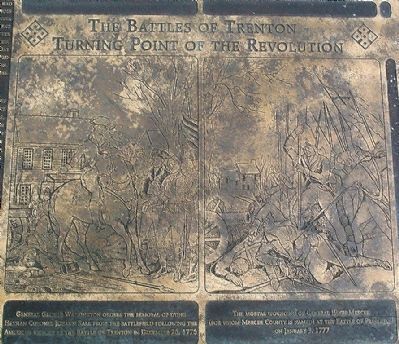 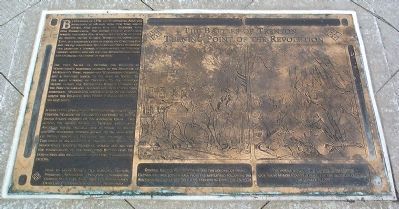 This is a painting by Emanuel Leutze from 1851 of George Washington and his men crossing the icy Delaware before the Battle of Trenton on Christmas Day 1776. 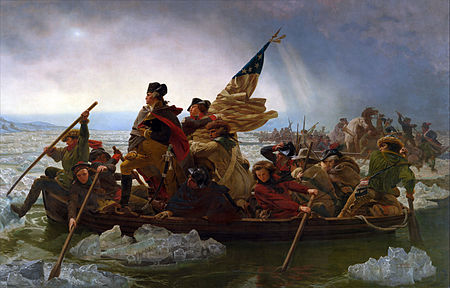 This is a painting by H. Charles McBarron Jr. from 1975 that is supposed to depict the Battle of Trenton. 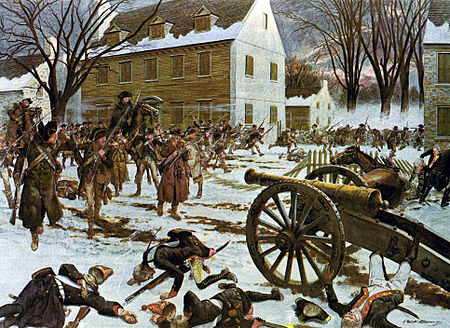 This photo shows where the Battle of Trenton took place. 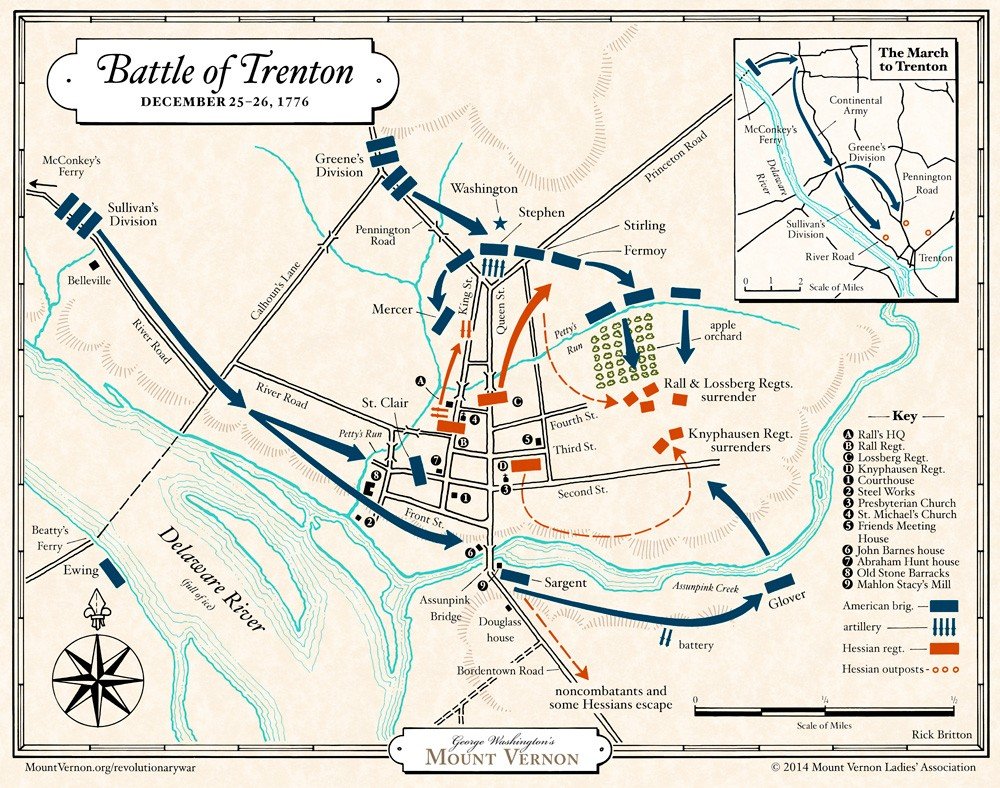 The Hessian (German) army, under command of the British, had controlled Trenton since December 14, 1776. Beginning in August of that year, General William Howe had been chasing the Continental Army out of New York, and Washington knew he needed a plan or would face defeat. Many of the men in his army had terms set to expire at the end of that year, but Washington asked them to stay on for another six weeks for a final mission. He planned to cross the Delaware River on Christmas Eve and surprise the Hessians under the cover of night with three separate columns. However, the frozen Delaware River made the 19-mile journey more treacherous than initially anticipated. Two of Washington’s columns, under Colonel John Cadwalader and General James Ewing could not make it across, leaving only Washington and his 2,400 men.

When Washington arrived on the morning of December 26, 1776, he split his remaining forces into two columns under General Nathaneal Greene and General John Sullivan. Although Hessians had been warned of the attacks, both by a spy in Washington’s headquarters and deserters from Washington’s army, they were not prepared due to a series of prior false alarms and a mutual belief that there would not be an attack in the harsh storm. Although the Hessians attempted to fight, their commander, Colonel Johann Rall, was shot from his horse and fatally wounded. Around 22 British forces were killed in the attack, 83 were wounded, and over 900 Hessians were captured.

After the battle, the captured Hessians were brought back across the river with Washington, who knew he was unable to hold Trenton. There, they were treated well, and provided information about battle strategies that caused them to lose Trenton, which became vital in the coming days and the Battle of Assunpink Creek. Washington was also informed that 8,000 soldiers under the command of British General Charles Cornwallis and General James Grant were marching south from Princeton. On New Year’s Day, Washington’s 5,000 men returned to Trenton, were they were met by Cornwallis’s army of 5,500. After skirmishes and three attempts to cross the bridge at Assunpink Creek, Cornwallis assumed Washington was trapped, and relented. That night, Washington left 500 men to keep the campfires lit, while the rest of his troops secretly marched to Princeton by extinguishing their torches and muffling their wagon wheels with cloth, where the Battle of Princeton then occurred.