When local entrepreneur Merton Sybert opened this Vaudeville theater in 1920, The Strand was the first steel-framed building in Moundsville. The theater began with stage attractions but like most other theaters during the 1920s, the Strand also offered screenings of silent movies that were often accompanied by live musicians who played the theater organ to match the mood of the film. The Strand soon followed the movie industry through the transition to "talkies" during the 1930s and showed first-run Hollywood movies until 1968 when the theater closed for eight years. The Strand reopened in 1976 and once again played Hollywood films until the theater closed in 1996. In 2000, the Strand Preservation Society was organized by local residents who led fundraising efforts to bring the old theater back to its original glory. By 2012, the theater was ready to reopen. Thanks to the efforts of preservationists and local citizens, the Strand once again offers film screenings and also hosts live-performances and musical events. As of 2018, nearly all of the theater has been completely renovated and the eighteen year effort to restore the theater is nearly complete. Moundsville was home to two other theaters, The Grand on Seventh Street and The Park on North Jefferson, but only the Strand has survived, thanks in part to the efforts of local preservationists.

Concession stand of inside the Strand. 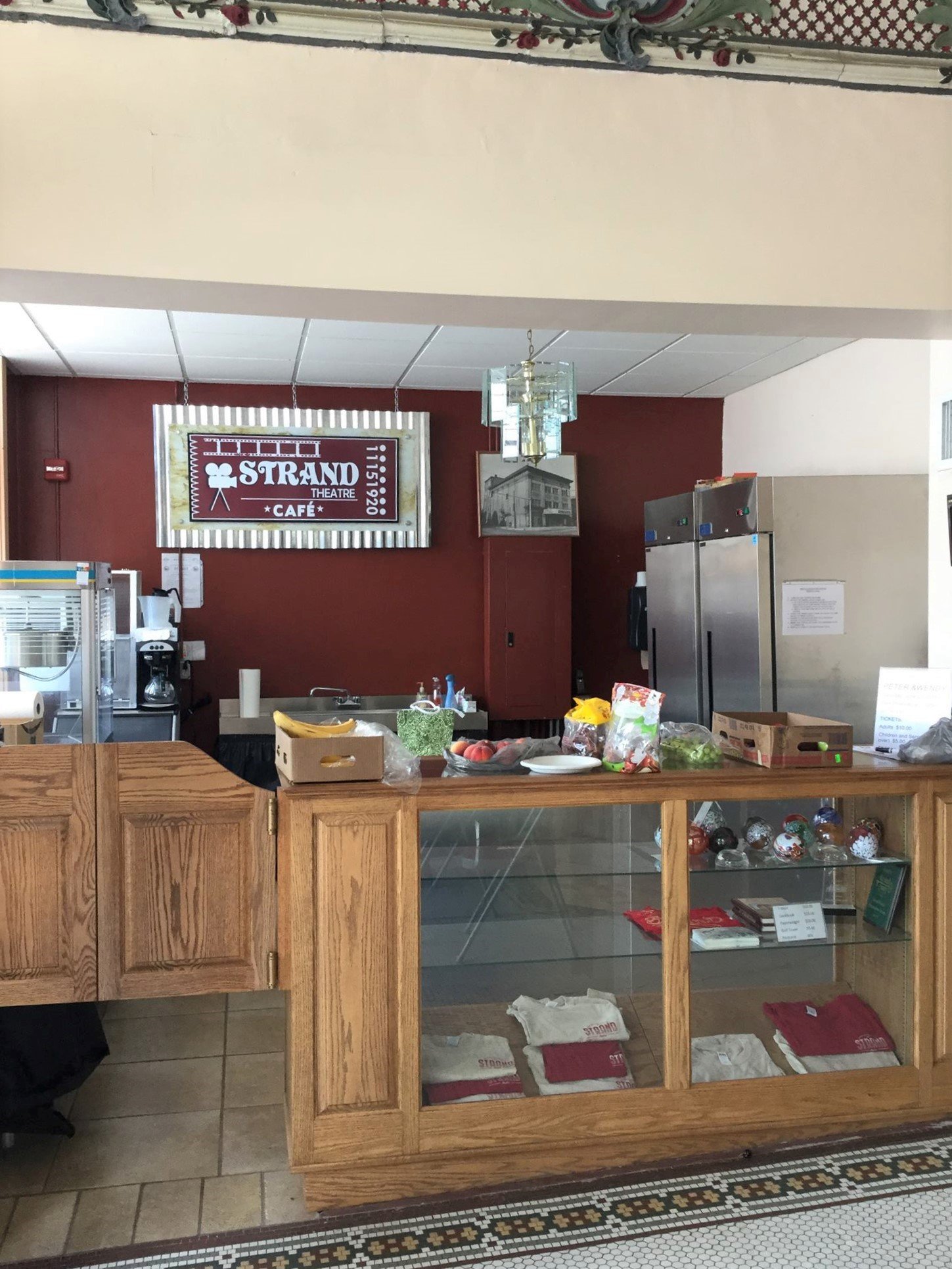 The stage of the Strand Theater. 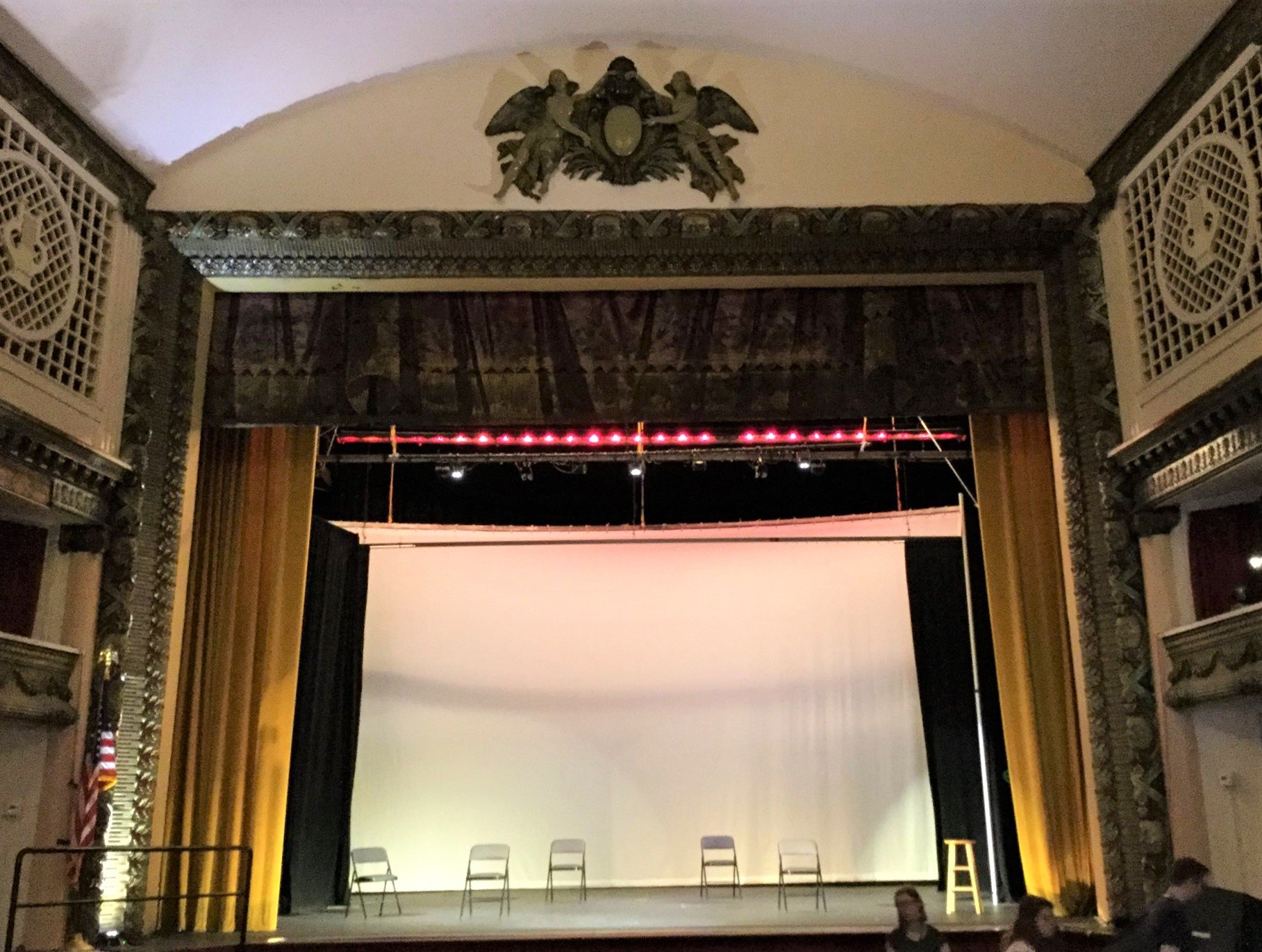 The exterior of the Strand Theater looking south across 5th Street and Jefferson Avenue. 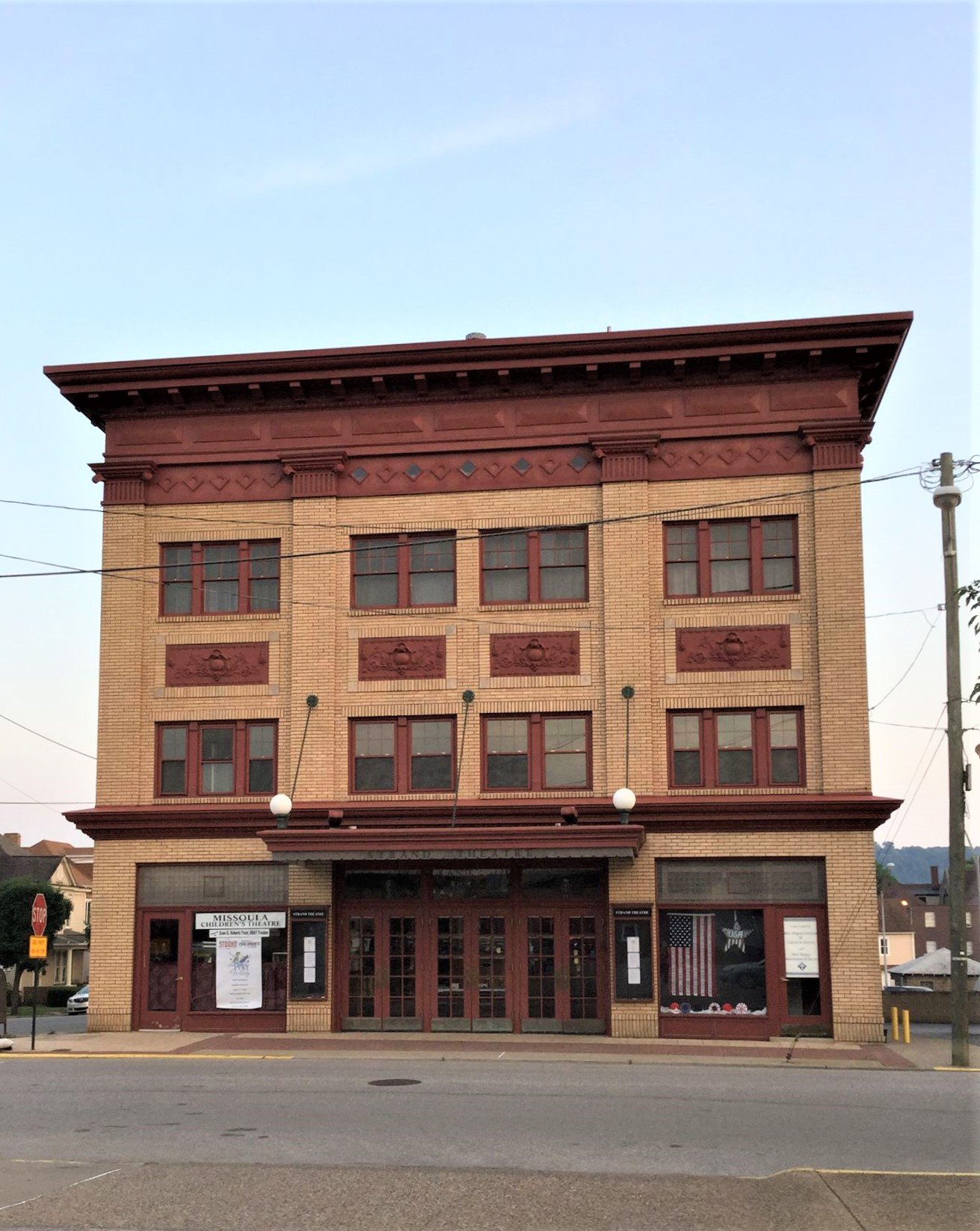 The Strand opened November 5, 1920 to a capacity crowd of 1200 who crowded into the new theater to see a showing of the movie Branded Woman. The last movie shown in the old movie theater before closing October 29, 1996 was The Ghost and the Darkness. The building sat empty for four years, and during this time a hole in the roof developed and grew, resulting in water and weather damage throughout the main auditorium.

Since 2000, the Strand Preservation Society has repaired and resealed the roof, reworked the drainage system, cleaned and repaired the exterior brick, replaced the HVAC system with upgrades to the electrical wiring, rewired lighting systems, added new insulation, a new sound system, and replaced the seating in the main auditorium. The seats in the balcony are original to the theater but every other row has been removed to allow more leg room. Volunteers have also painted and cleaned the interior of the building while donors have supported investments such as a new projection system, modern stage lighting, and renovated dressing rooms. There have been new restrooms installed and the theater is ADA compliant.

Some of the first events hosted when the Strand reopened in August 2012 were The Wheeling Jamboree on Saturday evenings and The Experience (a church group), on Sunday evenings.  Both early tenants have moved on to other venues and, addition to The Strand Players and their summer musical, the Strand has created a nice variety of programs to offer the community. Today's Strand Theater has been used for live concerts, community recitals and concerts, weddings, and private birthday parties. The seating capacity is currently at 406.

The interior of the theater offers a blend of  art deco and art nouveau styles, including some unique art deco chandeliers and a bas-relief over the arch. The angel on the right looks up with a pleasant expression and the angel on the left looks down in sorrow, representing comedy and tragedy. The center shield is intentionally left blank to represent the unknown future.