At this site, Captain John Quincy Marr became the first Confederate officer killed in the Civil War on June 1st, 1861, during the Battle of Fairfax Court House. This small battle is significant as the first land engagement of organized military units during the Civil War that resulted in the death of one of the combatants. The skirmish occurred when Union cavalry under Charles Tompkins entered the town and engaged the Confederate soldiers of the Warrenton Rifles. Captain Marr was the leader of these Confederate troops and was killed during the brief skirmish. Former Virginia Governor William Smith took command of Marr's troops after he was shot and was able to force the Union cavalry to withdraw. The skirmish helped to derail the Union cavalry's efforts to secure intelligence around Richmond, a small factor in the overall war but an occurrence that helped Confederate forces in the area during the weeks leading up to the First Battle of Bull Run.

This is the historical marker where John Quincy Marr was killed. It gives a brief summary of the fight that occurred in Fairfax Court House and of how Marr became the first Confederate Officer to die in the Civil War. 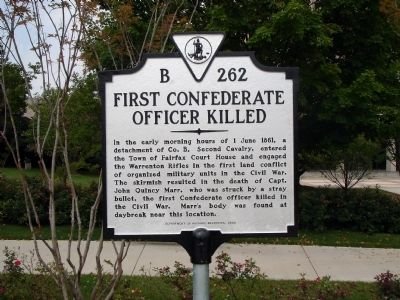 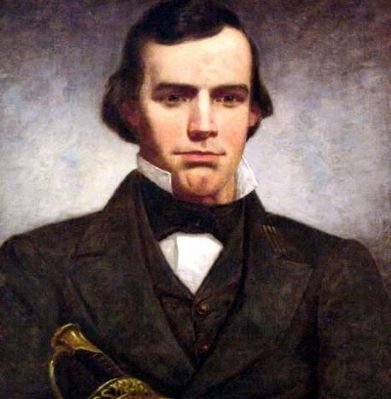 The Marr Monument was erected in front of the Courthouse in Fairfax in 1904 to commemorate Marr's sacrifice for the Confederate cause. On each side of the monument sits a howitzer facing North to emphasize his Southern allegiance. 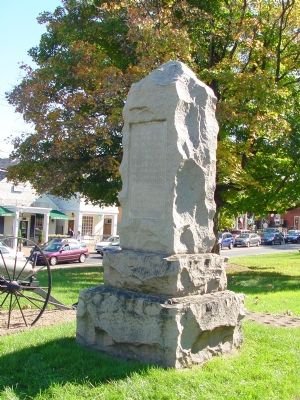 Prior to the Civil War, John Quincy Marr was a native of Warrenton, Virginia, as well as an 1846 graduate of the Virginia Military Institute. After serving some time as a professor at VMI, Marr had returned to Warrenton and become a lawyer. Before the outbreak of the Civil War, Marr served as a delegate from Warrenton to the Virginia Convention of 1861, where he voted in favor of Virginia's secession from the United States. Marr later became the first Confederate officer killed in the Civil War. As a result, pro-Union Virginians believed that Marr sealed his fate when he voted in favor of secession.

The skirmish that occurred at this location in the morning hours of June 1st, 1861, was small compared to the battles that would occur throughout Virginia over the next four years, but it is significant for the first death of a Confederate officer. The fighting began when Union soldiers entered the town of Fairfax Court House and captured the guard of the town. Union cavalry began receiving fire from Confederate soldiers positioned throughout the town. Unaware of the initial strength of these rebel troops, the Union soldiers were forced to withdraw. Later in the day, after regrouping (and after more Confederates arrived in Fairfax Court House), the Union cavalry reentered the town to fight again. However, they were again forced to withdraw, this time returning to Alexandria where more Union troops would gather.

The battle of Fairfax Court House was just one of many encounters between Union and Confederate forces in Northern Virginia. This small skirmish is relatively unknown, but it is important for its influence on the next month of the war. The battle resulted in a minor victory for the Confederates, raising their morale and forcing the retreat of the Union scouts. The scouts were delayed in their journey to Richmond, while the Confederates returned to Manassas and continued to increase the size of their forces there leading up to the the First Battle of Bull Run.

In 1904, a stone monument to Marr was erected on the grounds of the Fairfax County Courthouse. On June 19th, 2020, area residents gathered at the site to protest the memorial; two days later, members of the community group Reston Strong wrapped the monument in Black tarps and white duck tape. These actions were taken as part of the reevaluation of Confederate memorials across the South following the George Floyd protests in the spring and summer of 2020. As a result of the protests, the Fairfax County tourism website removed its page promoting the monument and the Fairfax County Board of Supervisors requested a report on Confederate monuments and other honorifics across the county. On September 15th, 2020, the Board voted to remove the monument and the two adjacent howitzers. The move to storage will be completed after the monument is first offered to local museums, battlefields, and similar organizations.