This antebellum house is among the most majestic in the deep South. It was the residence of the Hon. Hines Holt, member of both the United States Congress and the Confederate Congress. His son, Colonel Hines Holt, was a Confederate officer who, upon hearing of his father's illness in 1863, went AWOL and returned to this house to tend to his father. Congressman Holt received a pardon from President Andrew Jackson and died in 1868. 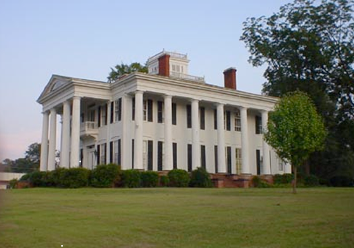