The Alpha Delta Phi Fraternity House on the campus of the University at Urbana-Champaign is a historic home completed in 1925. The house represents the flourishing of the Greek Letter Society movement at the Urbana-Champaign campus of the University of Illinois in the 1920s. It was designed in the Tudor Revival style by Chicago architect Ralph Varney. It has been home to numerous well-known athletes, including the swimmer Warren Overman. 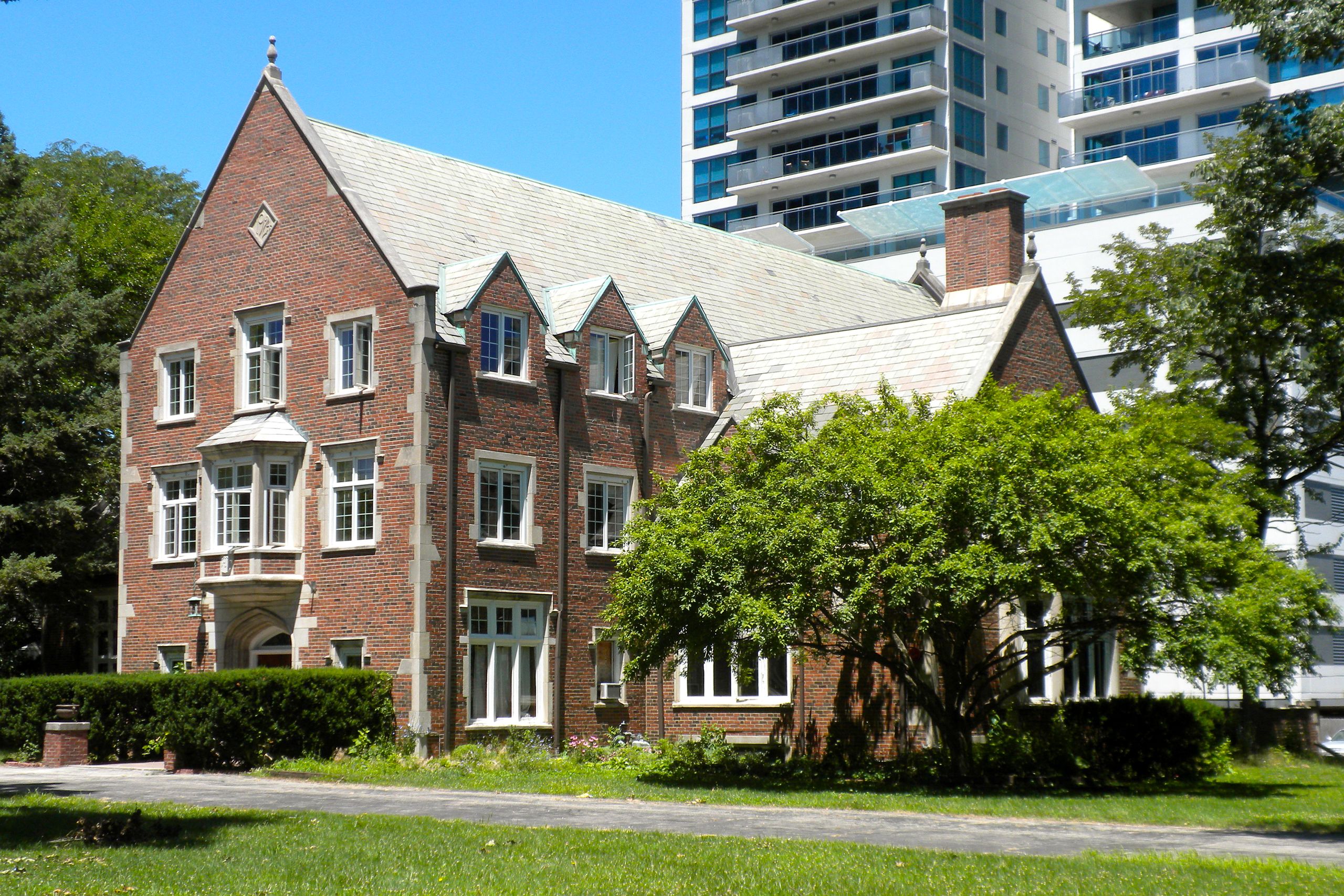 The Alpha Delta Phi house is one of 27 chapter houses built during a second wave of construction between 1926 and 1930, following an initial wave of building from 1906 to 1917.

The Alpha Delta Phi house was designed by Chicago architect Ralph Varney in the Tudor Revival style, which was based on Late Medieval English architecture. It was featured in the 1925 issue of The Architectural Forum as a particularly good example of this style.

Exterior features include a front-facing gable, grouped windows with stone mullions (i.e. the bars between the panes of glass), and projections from the walls known as oriels. Internal features include a large, multi-story living room with exposed trusses; a fireplace opening in the shape of a Tudor arch; and wrought iron chandeliers. More specifically, the wide use of brick and stone in the house and its lack of half-timbering make it an example of the "Jacobethan" sub-type of Tudor architecture, which combines Elizabethan and Jacobite styles.

The Alpha Delta Phi Fraternity at Urbana Champaign
Alpha Delta Phi was founded as a literary society in 1832 by Samuel Eells, a New York lawyer and philosopher. It was the first fraternity to establish a chapter west of the Appalachian Mountains, and the Illinois Chapter became the thirty-first chapter in 1911.

Notable members of the chapter include the swimmer Warren Overman,  the golfer Fred Lyon, and the quarterback Ernest Chattin. Another member, Carl Knox, was Dean of Men at the university