The Fontainebleau Miami Beach is situated on oceanfront Collins Avenue in the heart of Millionaire's Row. Designed by Morris Lapidus, it opened in 1955 and is thought to be the most significant building of Lapidus' career. The building has won numerous awards over 60 years of operation, as well as had several celebrities pass through and been the scene for several Hollywood movies. The building was added to the National Register of Historic Places in 2008. 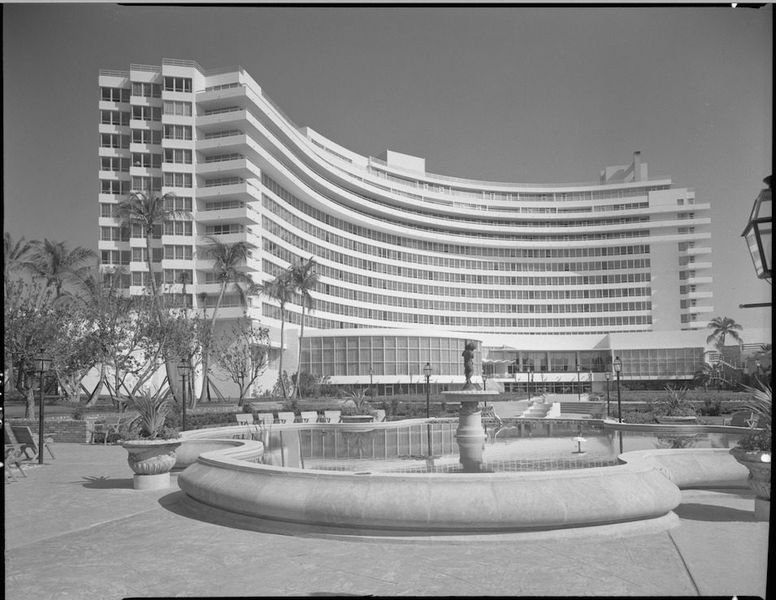 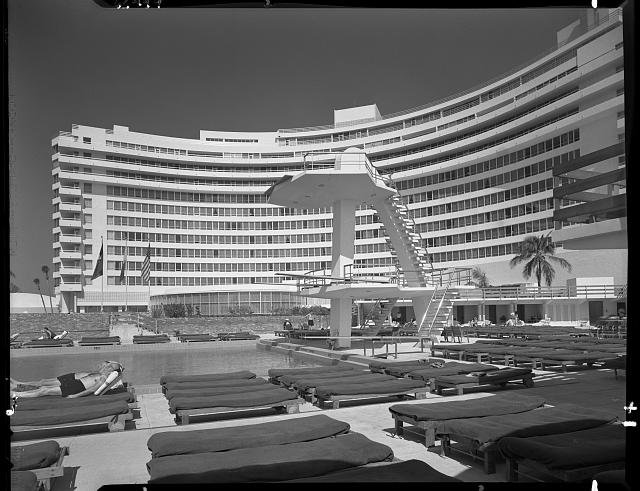 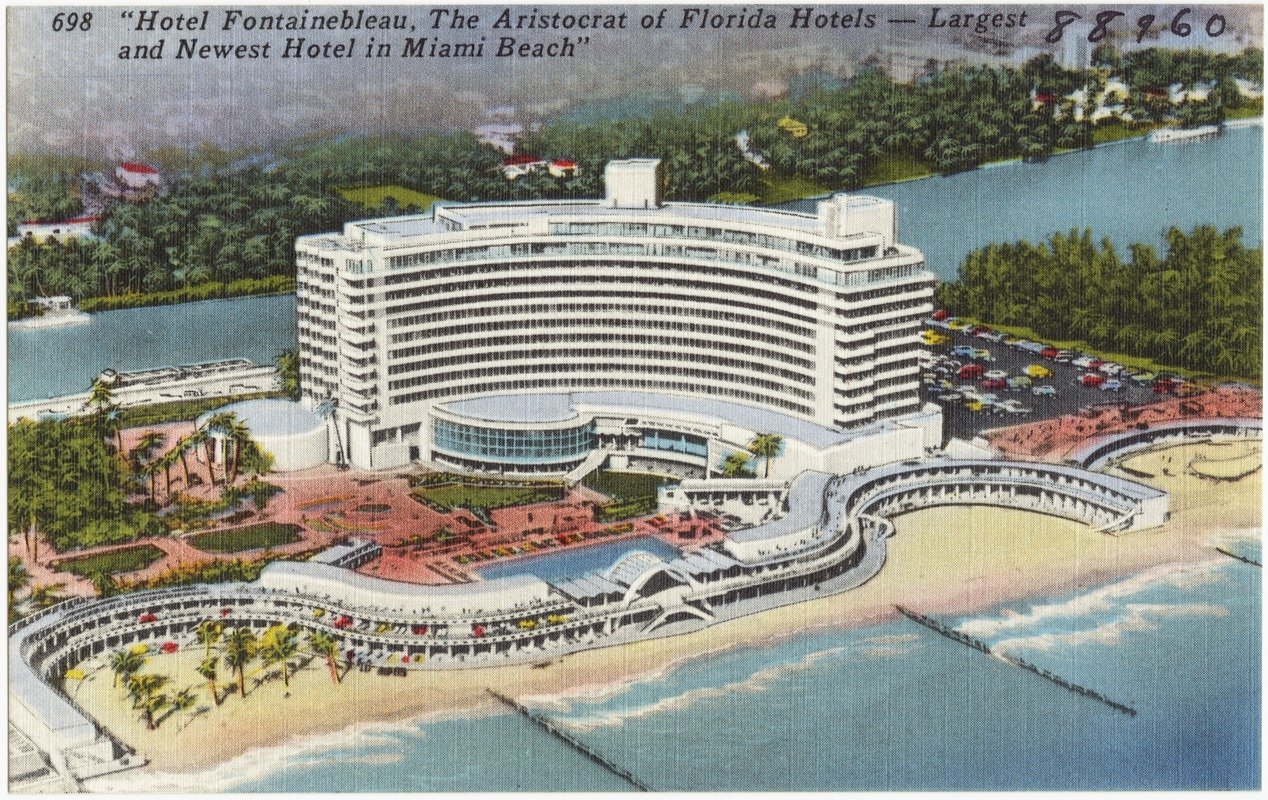 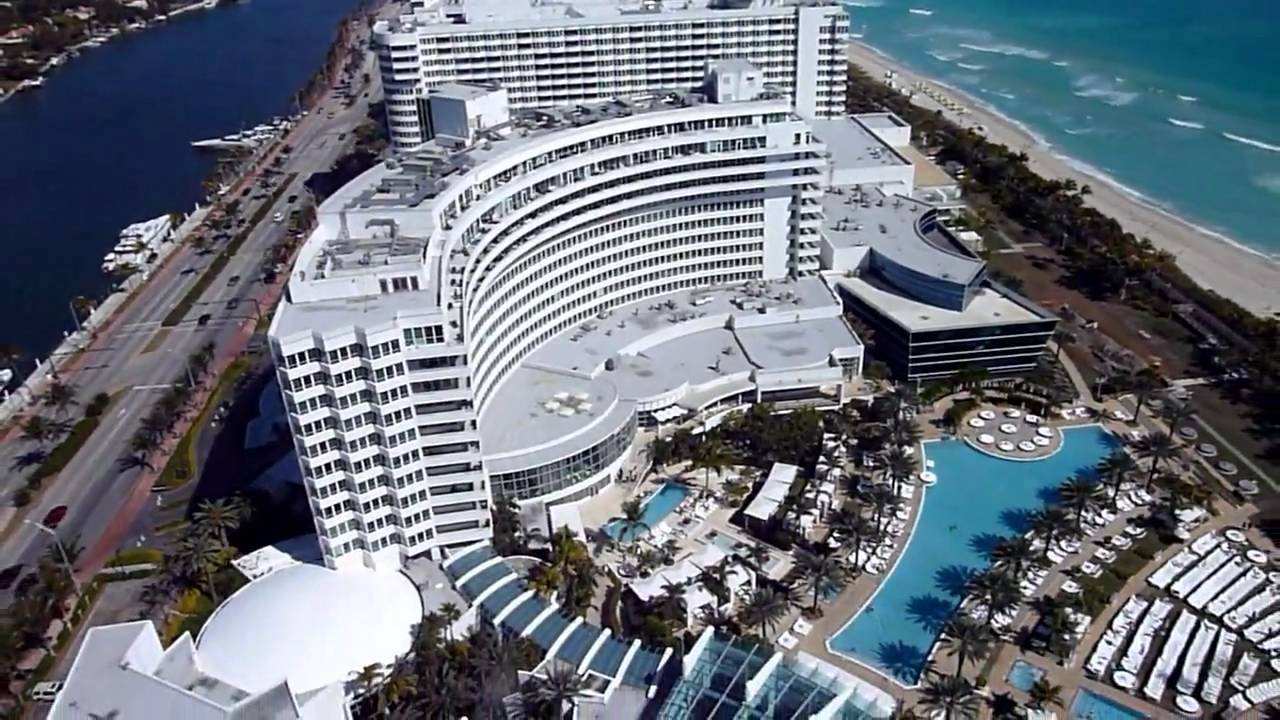 The Fontainebleau was the setting for Jerry Lewis's comedy film, The Bellboy (1960). 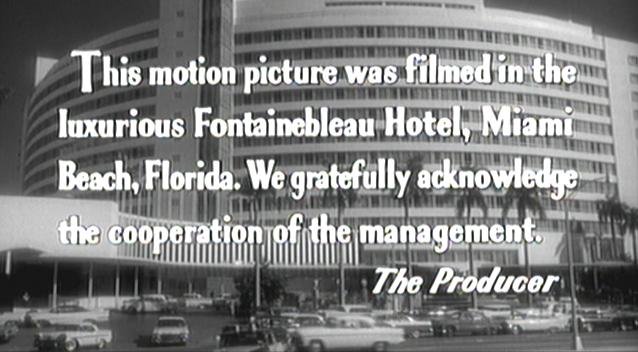 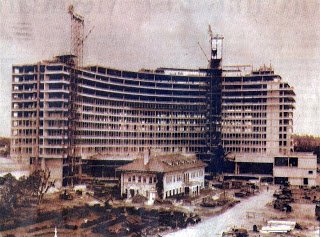 The Fontainebleau was erected on the site of the former Firestone mansion by developer Ben Novack. Ben Novack purchased the Firestone Mansion, home of auto tire mogul Harvey Firestone in 1952. He then hired architect Morris Lapidus to epitomize Miami Beach in its 1950s prime. Novack owned and operated the hotel until its bankruptcy in 1977.

When it opened in 1954, Fontainebleau Miami Beach was the largest and most luxurious hotel in South Florida. Located on the oceanfront in the heart of Millionaire's Row, Fontainebleau Miami Beach is one of the most historically and architecturally significant hotels on Miami Beach. Its signature features included a 17,000-square-foot lobby with the now-legendary “Stairway to Nowhere,” six acres of formal gardens designed to replicate Versailles and thousands of dollars in antique furnishings to authentically convey the hotel’s French period theme.

Through the 1950s and 1960s, the hotel reigned as Miami’s leading resort and Lapidus’ gently curving façade came to symbolize the very essence of glamorous Miami Beach. For nearly 25 years, the Miami Beach hotel was so well-known that no sign was necessary to identify it.

The hotel closed a large part of its property in 2006. The expanded hotel and its new condominium buildings re-opened in November 2008.

Celebrities and entertainers, such as Elvis Presley, Bob Hope, Lucille Ball and Judy Garland, have graced the hotel with their presence. Over the years, the Miami Beach oceanfront hotel has co-starred in numerous major Hollywood productions including, Goldfinger, The Bellboy, Scarface, The Specialist and The Bodyguard.