Constructed in 1883 for Dentist Luke Burlingham, who maintained his offices on the first floor with apartments located on the floors above, this building which is listed on the National Register of Historic Places. The building is historically significant for its architecture as it reflects an innovative and functional design that would come to typify building design in cities in future decades. The building's location on Clark Street speaks to the nature of Chicago's near north side development, notably after the Great Chicago Fire of 1871. Middle Class and profoundly wealthy residents lived east of Clark near Lake Michigan and along the Chicago River to the south, while laborers lived east, close to the industrial districts -- Clark Street served as the buffer zone, consisting of apartments and service industries. Two additional floors were added in 1897.

Burlingham Building, corner of Clark and Oak streets in Chicago. 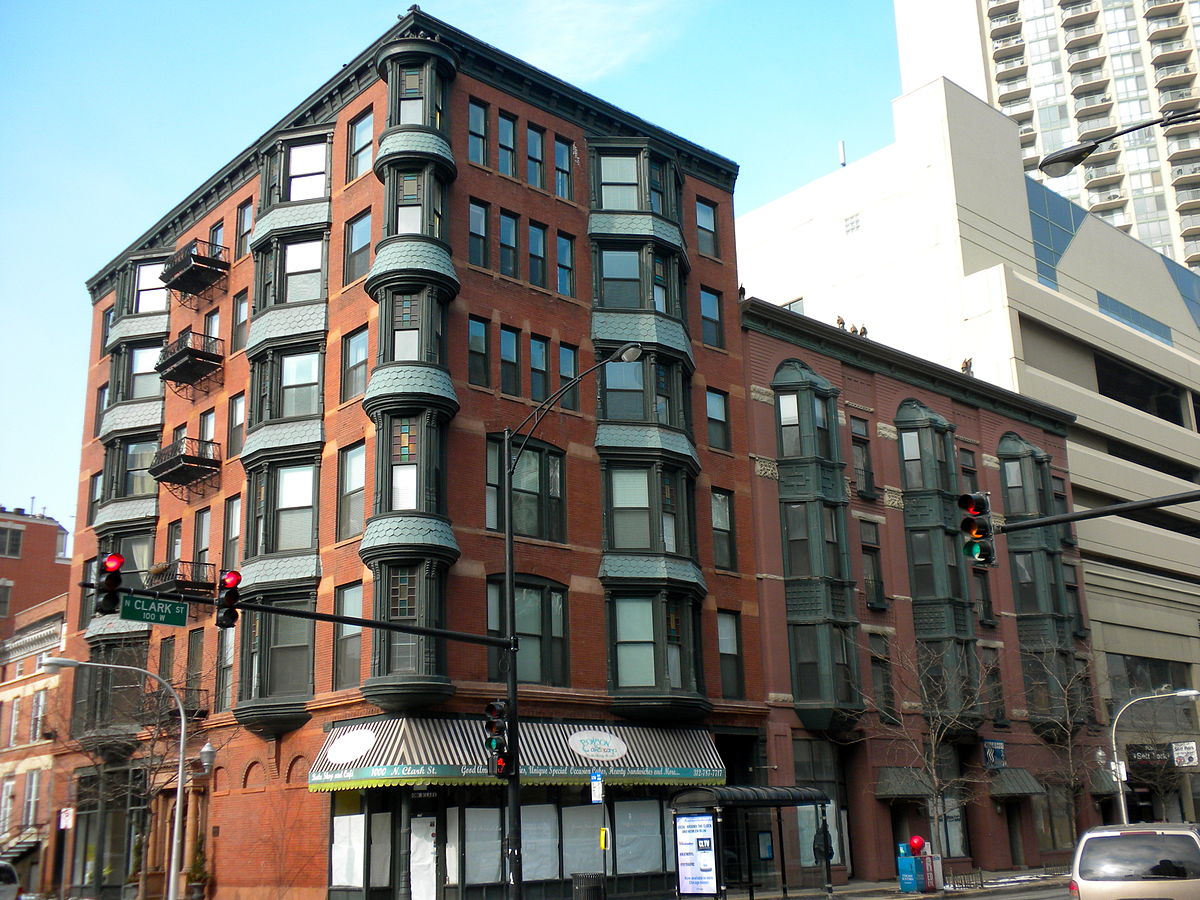 Built in 1883 for dentist Luke Burlingham to house his professional offices, the building represents a popular style of urban construction during the 19th century consisting of storefronts on the first floor and apartments on the floors above. Initially four stories tall, two additional stories were added in 1897.
Architect Alfred Smith designed the Victorian building; an example of the numerous, familiar Victorian corner buildings of the era. Borrowing lessons learned from the Chicago School of Architecture, the structure consisted of a cast iron turret on the corner and three matching cast iron bays that project from the building; each features slate shingles and colored glass in the central windows. The rest of the building includes red brick intertwined with sandstone trim.
The construction of the building by a dentist, Luke Burlingham, represents the development of Chicago's near north side, notably in areas along Clark Street in Chicago, where the Burlingham Building is located. The area north of the Chicago River had generally remained undeveloped the first few decades of Chicago's transformation from swamp town to major metropolis. However, bridge development during the mid-19th century and real-estate speculation turned the north side into an area filled with wealthy residential areas near Lake Michigan and the Chicago River with low-income housing (for laborers) industry to the west, away from the water. In between, along Clark Street, numerous businesses, and service industries arose, effectively acting as a transition zone from residential north side to industrial, as well as a dividing line between the middle class and the poor.
Today the building stands as a monument to that early development of Chicago and the architecture befitting that growth.