Behind the unmistakable pink wall along Bob Hope Drive in Rancho Mirage lies the tranquil estate Sunnylands. Completed in 1966 by famed architect A. Quincy Jones, the mid-century modern estate served as the winter retreat for American businessman and philanthropist Walter Annenberg and his wife Leonore. Over the years, Sunnylands would play host to presidents such as Nixon, Reagan, and Clinton, and foreign leaders Queen Elizabeth II and Margaret Thatcher, to name a couple. Celebrities like Cary Grant, Jimmy Stewart, and Elizabeth Taylor attended the Annenberg's lavish New Year's Eve parties; famed socialite Brooke Astor said to be invited to Sunnylands was the highest societal honor. Now operated by the Annenberg Trust, Sunnylands continues to hold public policy events and host presidential summits, such as between President Obama and President Xi of China. In addition to the magnificent architecture, Sunnylands exhibits reproductions of the Annenberg's vast art collection, consisting of Picasso's and Monet's, and acres of gardens and a golf course. Sunnylands is the perfect combination of history and modernity, the ideal setting to get away from it all. 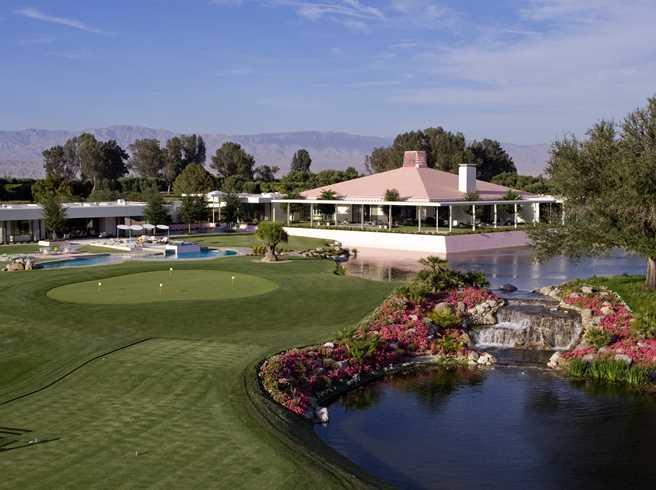 The Gardens at Sunnylands 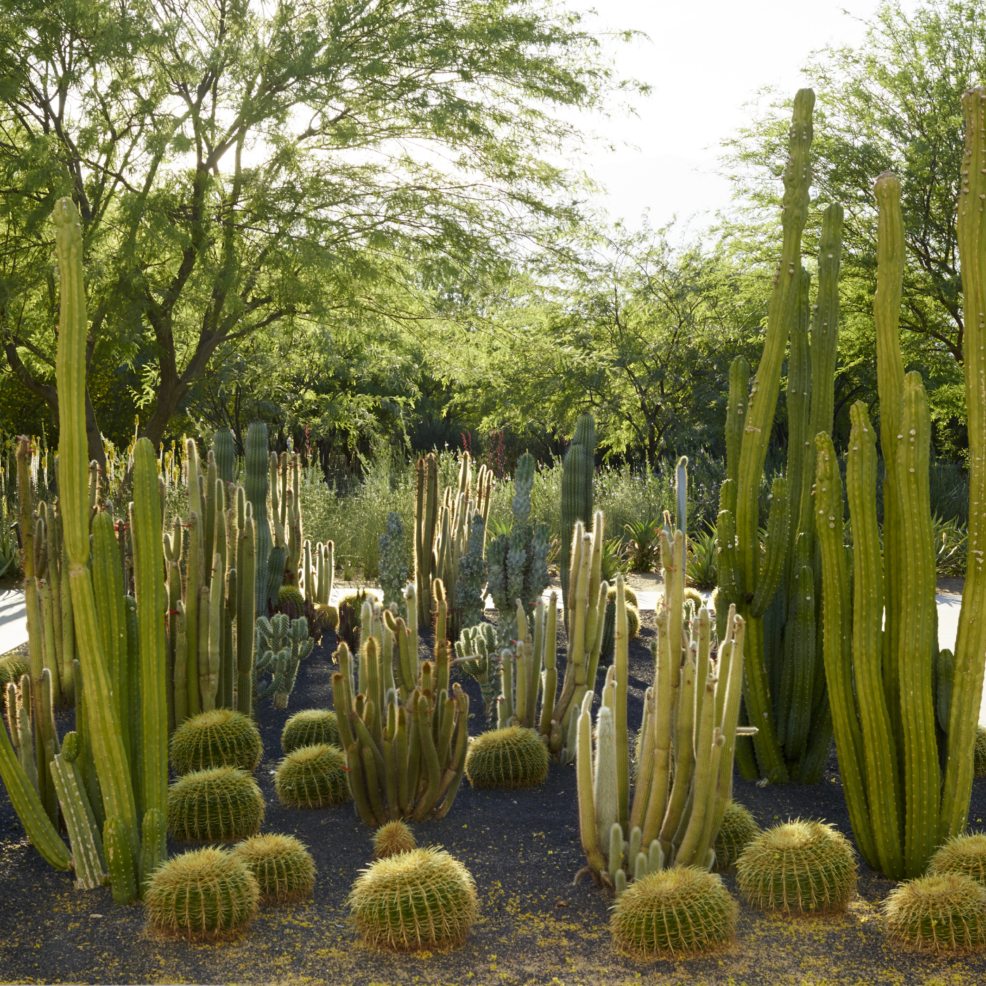 Though the original art collection was dedicated to the Metropolitan Museum of Art, reproductions of paintings by artists such as Cezanne, Picasso, and Monet can be seen throughout Sunnylands 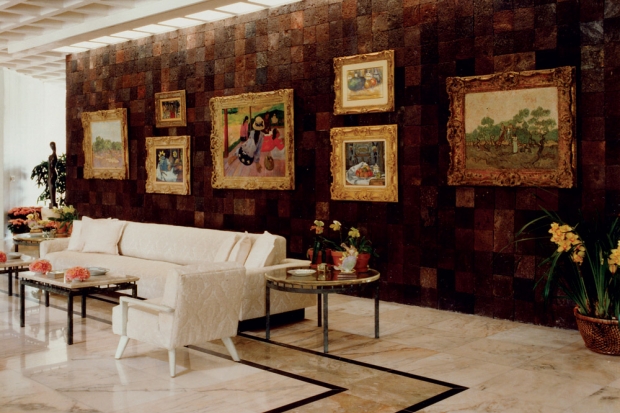 Walter and Leonore Annenberg before one of their famous New Year's Eve Parties at Sunnylands, 1988 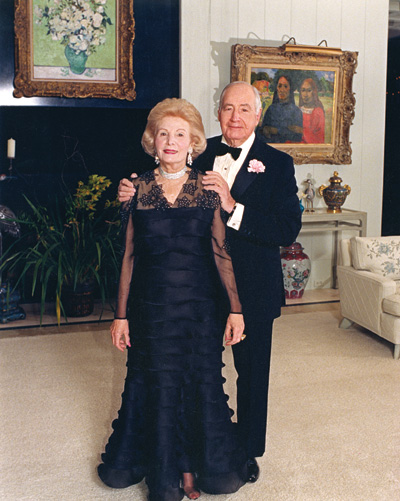 President Reagan and Nancy Reagan with Walter and Leonore Annenberg before a New Year's Eve Party, 1986 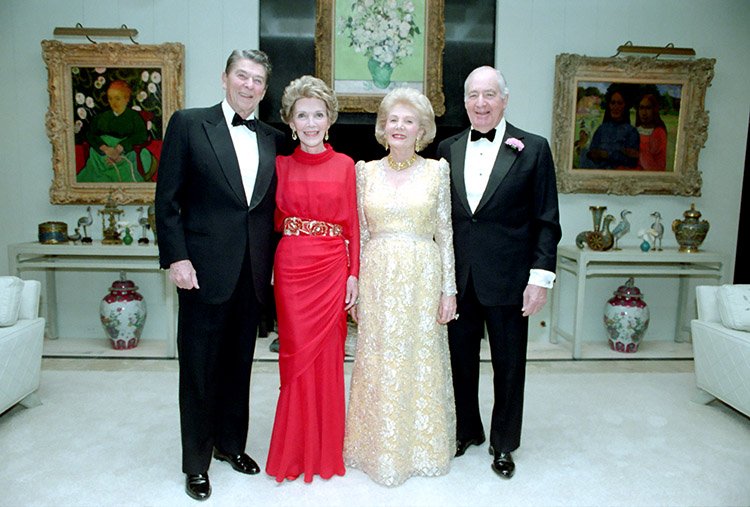 Walter Annenberg, who served as Richard Nixon's Ambassador to the Court of St. James, was one of the 20th centuries most philanthropic figures. As the president of the Triangle Publications, he created magazines such as Seventeen and TV Guide. As an alumnus of the University of Pennsylvania, he found The Annenberg School for Communication and later The Annenberg School for Communication at the University of Southern California.

In the early 1960s, Walter and his second wife Lee, a Stanford graduate and later Chief of Protocol under Ronald Reagan, decided to build a retreat in the desert of California to escape the rough Pennsylvania winters. They chose the mid-century modern architect A. Quincy Jones and interior designer William Haines to create their perfect residence in Rancho Mirage. When Sunnylands was completed in 1966, the 200 acre estate featured a golf course, 11 lakes, guest cottages, and exquisitely landscaped gardens. Jones designed the house to be exposed rather than hidden and Leonore chose a pink roof and outside wall to reflect the color of the desert sunsets.

Beginning upon the completion of the estate, the Annenbergs began hosting the most lavish of societal occasions. For every party, wedding, political meeting, Leonore Annenberg insisted that guests sign the guestbook. The names of presidents, prime ministers, Supreme Court judges, movie stars, foreign heads-of-state, star athletes, and many others fill the book. Sunnylands was such a desired location for a wedding that Frank Sinatra and his wife Barbara chose Sunnylands as the site to wed in 1976.

Besides the famed New Year's Eve parties that Ronald and Nancy Reagan attended every year during his presidency, Sunnylands was the site of a 1983 visit from Queen Elizabeth II and the Duke of Edinburgh, longtime friends of the Annenbergs, President George H.W. Bush and Prime Minister Toshiki Kaifu of Japan in 1990, and more recently a historic meeting between President Barack Obama and President Xi Jinping of China in 2013.

In 2001, the Annenbergs created a nonprofit called The Annenberg Trust at Sunnylands to “address serious issues facing the nation and the world community.” It was their hope the same kind of pivotal meetings that occurred during their lifetime would continue to take place at Sunnylands after their deaths. In 2002, the year Walter died, their priceless art collection was donated to the Metropolitan Museum of Art and reproductions were placed throughout Sunnylands. Three years after Leonore's death in 2009, Sunnylands was officially opened to the public for tours. The Annenberg Estate at Sunnylands is the unique case of merging history with current day issues facing the world, just as Walter and Leonore Annenberg envisioned.