Listed on the National Register of Historic Places, this stately home on East 65th Street was once the home of President Franklin Roosevelt, his wife Eleanor, their five children, and his mother Sara Delano Roosevelt. Sara Delano Roosevelt gifted the home at 49 East 65th Street to Franklin and Eleanor at Christmastime in 1905, two and half years later the couple moved in with their two children. At that time, Sara Roosevelt occupied Number 47 next door. Over the next three decades, the Roosevelt House was the location of numerous historical events, including the birth of Social Security. The Roosevelt House is now owned by Hunter College and operates as a Public Policy Institute in the former home. While the institute is non-partisan and not tied to the policies of Franklin and Eleanor Roosevelt, this building continues to influence public policy debates just as it once did when it was home to discussions among members of the Roosevelt family's extended circle of influence. 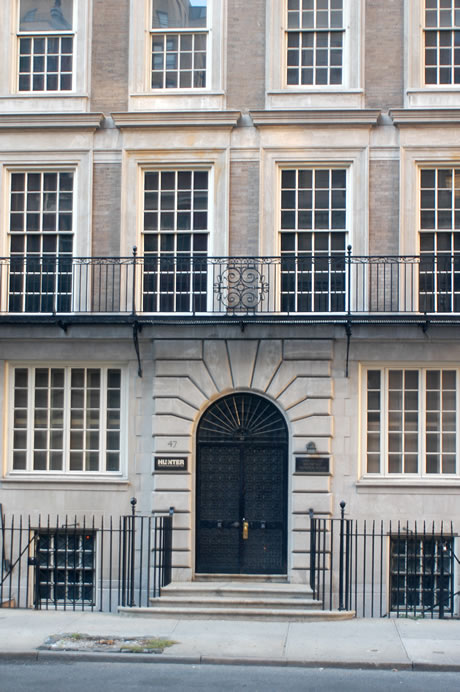 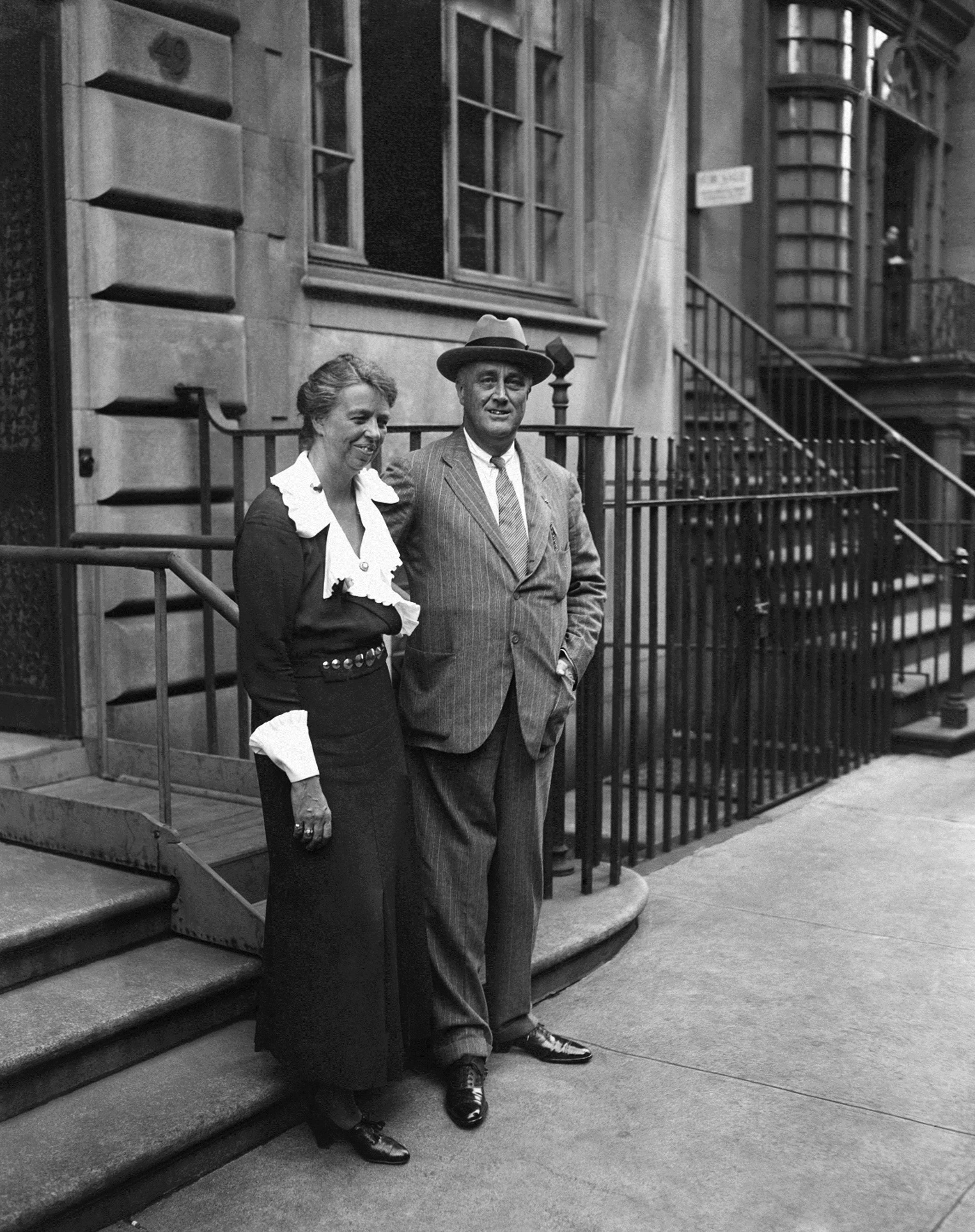 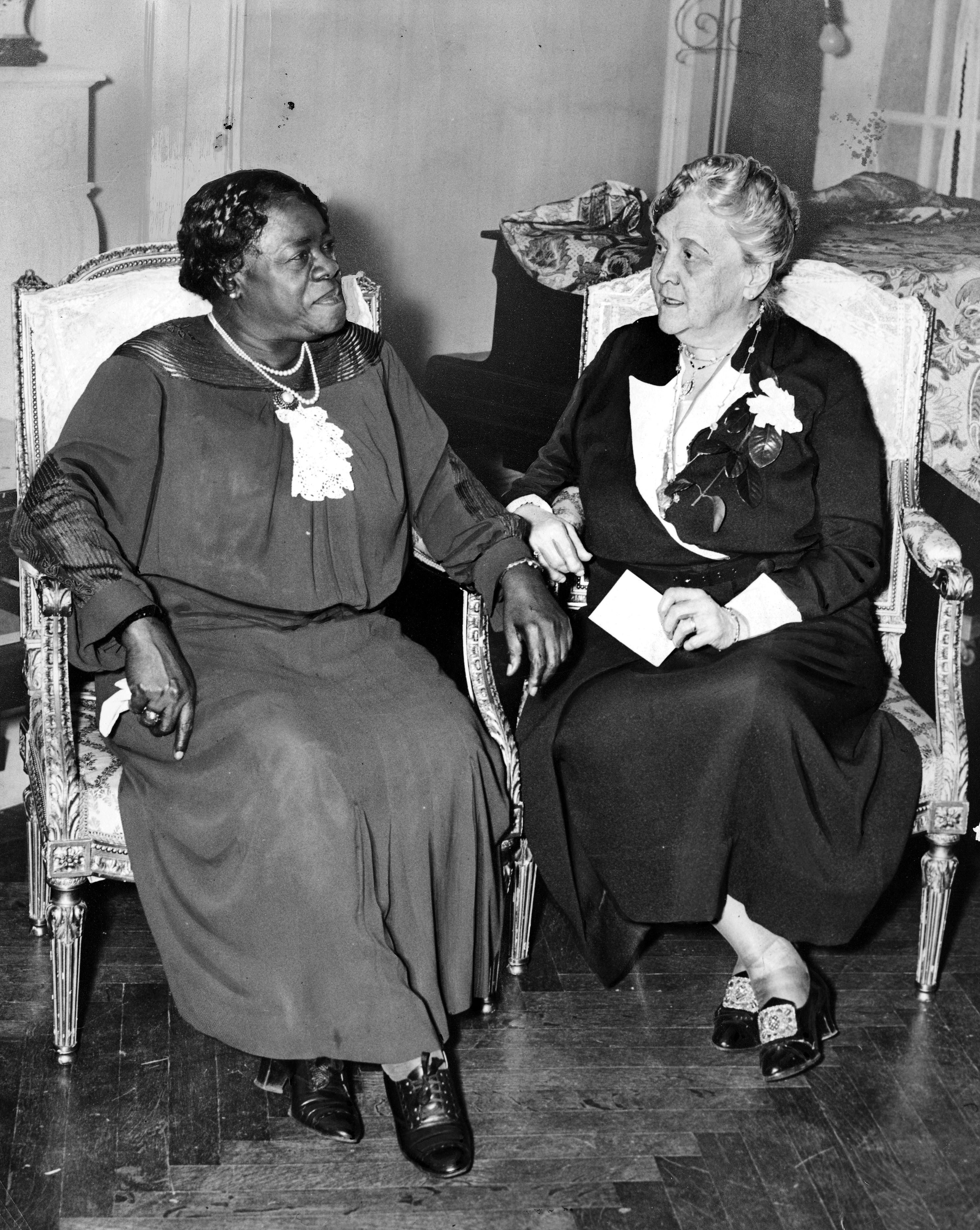 Portrait of Eleanor Roosevelt currently hanging in the Roosevelt House 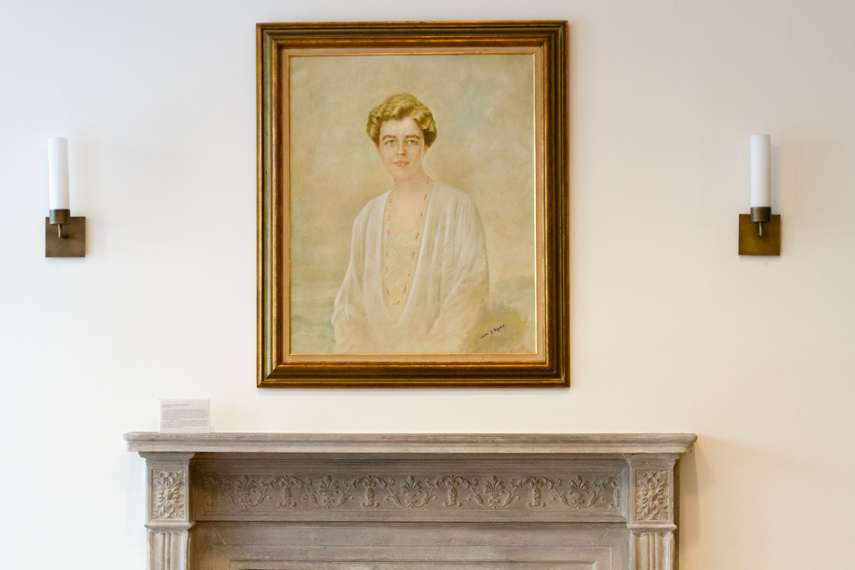 Just nine months into their marriage and with their first child on the way, Sara Delano Roosevelt gifted her son and daughter-in-law with a sketch of a six-story town home in New York City located at 47-49 East 65th Street. A widow and closely bonded to her only child, Sara occupied Number 47 while her son and his growing family occupied Number 49. Renowned architect Charles Platt designed the buff-colored brick and limestone twin town homes. Each home had their own entrance but were connected by doors inside.

Over the next few years, Franklin Roosevelt rose through the political ranks, first serving as a State Senator from New York then as Assistant Secretary of the Navy. Even when the family was residing in Albany, Washington, or the family home in Hyde Park, they would spend most winters here in New York City. After Franklin Roosevelt was stricken with polio in 1921, he returned to this home to partake in his physical therapy treatments. While her husband was convalescing, Eleanor Roosevelt came into her own in New York politics, involving herself with local Women's Democratic organizations and even teaching at the Todhunter School in New York.

After Franklin Roosevelt was elected president in 1932, he organized his cabinet at the Roosevelt House, which included Henry Morgenthau, Frances Perkins, and Harold Ickes. The night after the election, FDR gave his first radio address as president-elect from the library of the house, laying out his plan to remove America from the grips of the Great Depression. It was at the Roosevelt House that the ground-work for the New Deal was laid. The Roosevelt House hosted prominent figures during the Roosevelt presidency, including Mary McLeod Bethune, who was a key figure in the African-American community and a close friend and adviser of both Franklin and Eleanor Roosevelt.

After the death of Sara Delano Roosevelt in 1941, Franklin and Eleanor decided to sell the double town home. A group of students at nearby Hunter College, then a women’s college, formed a nonprofit consortium and bought the home. In November 1943, the home was re-opened to the public and named the Sara Delano Roosevelt Memorial House and was operated by Hunter’s students. Few changes were made to the interior of the home and the exterior remained unchanged. In 1973, the Roosevelt House was named a New York Landmark and in 1980 it was placed on the National Register of Historic Places. In 1992 the home was closed for desperate need of repair and reopened again in 2010 as the Public Policy Institute at Hunter College. Though the interior has changed and is used to hold public events, many artifacts from the Roosevelt-era remain and are visible to the public.

Special Exhibits May Be Viewed from 10:00 AM - 4:00 PM Monday through Friday Call for Tour Information