The White Cottage Cemetery, established in 1877, is South Point’s oldest public cemetery. It was built on land that was previously owned by the U.S. Congress and approved for settlement before Ohio’s statehood. Graves there are as old as 1861 and as new as 1975. Because some graves are unmarked and the cemetery’s original records have been lost or destroyed, it is unknown how many people are buried there. 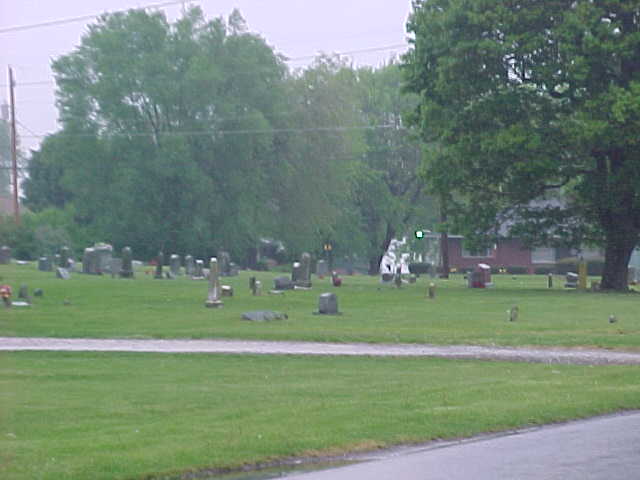 In 1877, officials from Lawrence County and Fayette Township established the White Cottage Cemetery, the first public cemetery in South Point (as opposed to family burial sites or church graveyards). The cemetery was divided into 26 rows with 61 graves in each row. It was likely named after the one-room White Cottage Schoolhouse that was located across the street until it was abandoned in the 1930s.

The cemetery may be small, but it does include some notable graves. Some people were buried there before the cemetery was officially established, such as Alice Snyder and her parent M.R. Snyder (both died in December 1870) and Oregon D. Chatfield (d. 1861). Some of the graves are marked only by stones with no writing. There are also soldiers from each war between the Civil War and World War I buried in the cemetery.

In the 1940s, local resident and farmer Charles H. Brubaker called for the cleaning-up of the cemetery. His failing health prevented him from doing it himself, but John R. Lane, Jr. volunteered and took care of the White Cottage Cemetery for over thirty years.