This beautiful mansion is considered one of the best examples of a large Gothic Revival home in the country. Its namesake, businessman Moses Fowler, built it in 1852. It features elaborate woodwork and interior plasterwork, the latter of which was created by craftsmen brought in from New York City. Taken together, all of the architectural elements give the mansion the appearance of a castle. It has seven bedrooms, five bathrooms, and a full attic with a playroom and gym. It also features an English Tudor-style dining room and living room added in 1917, and an Italian-style tiered patio complete with water fountains. Today, the house is operated by the 1852 Foundation, which operates it as an event facility.

The Fowler House was built in 1852 and is one of the finest examples of Gothic Revival architecture in the United States. 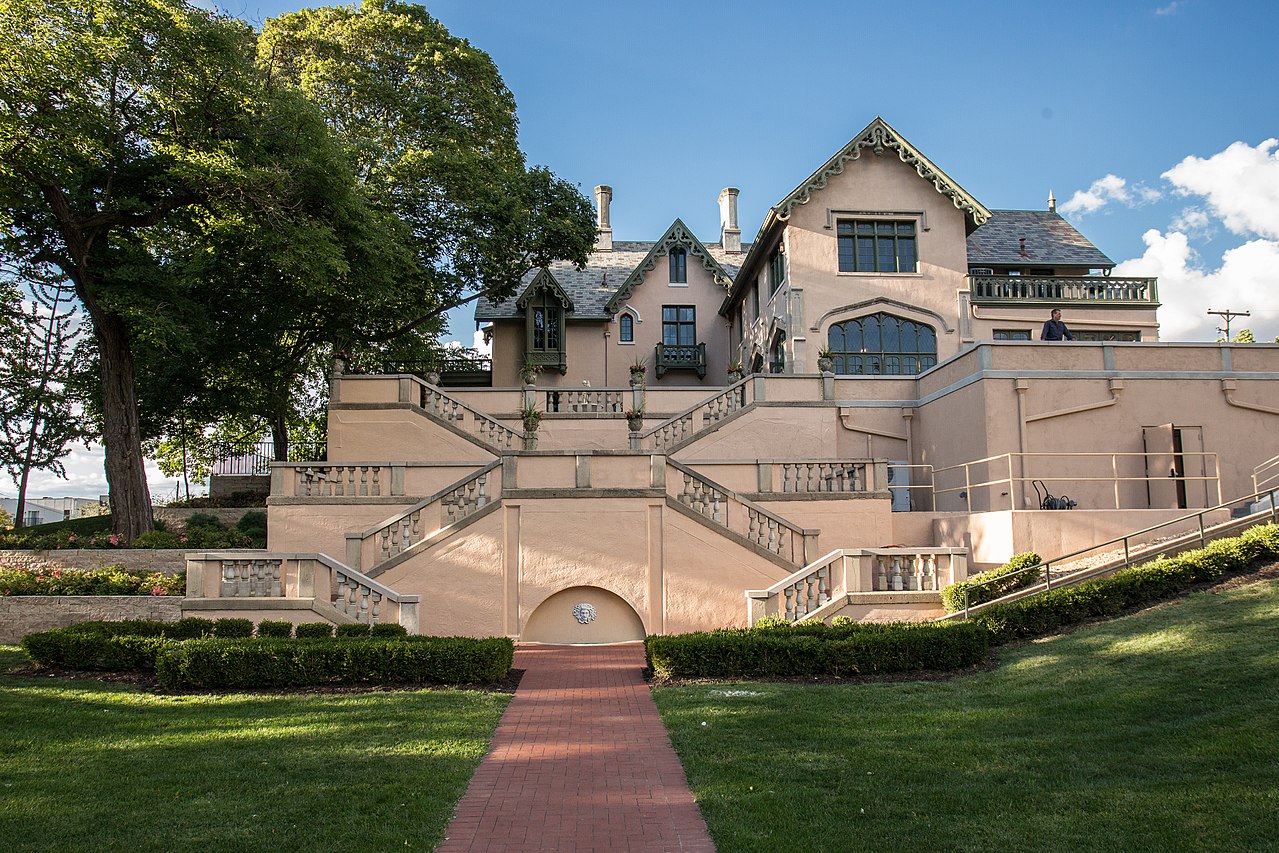 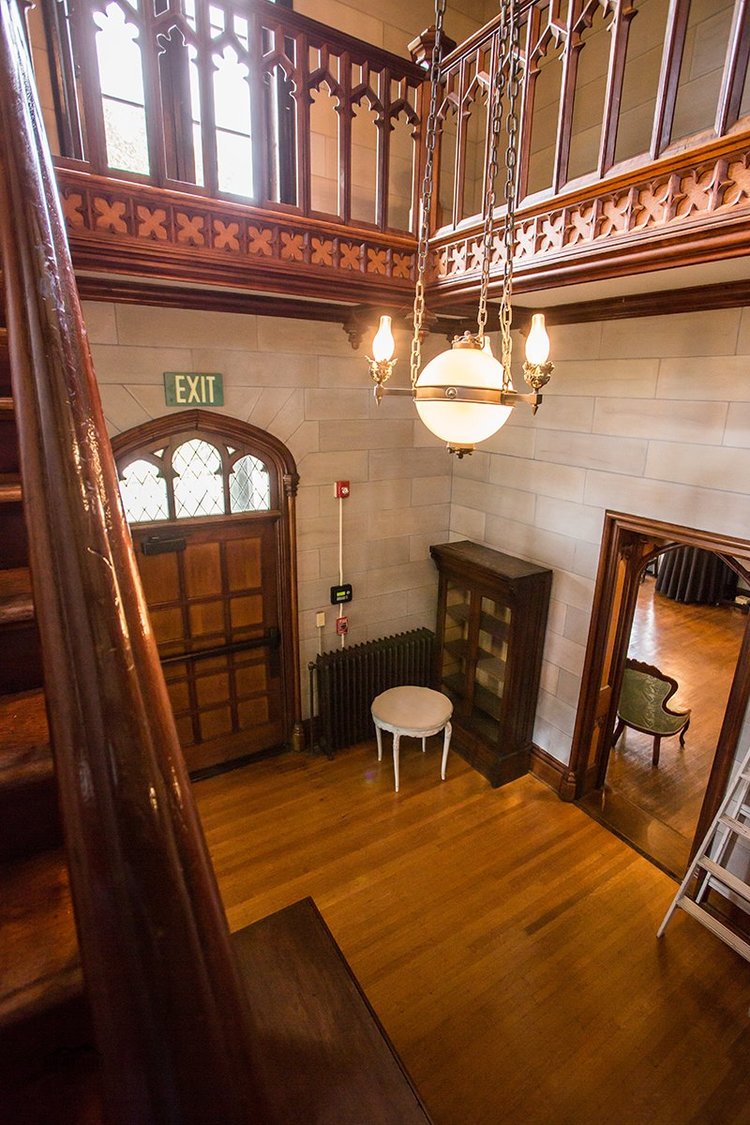 Plasterwork was done by Italian craftsmen from New York City. 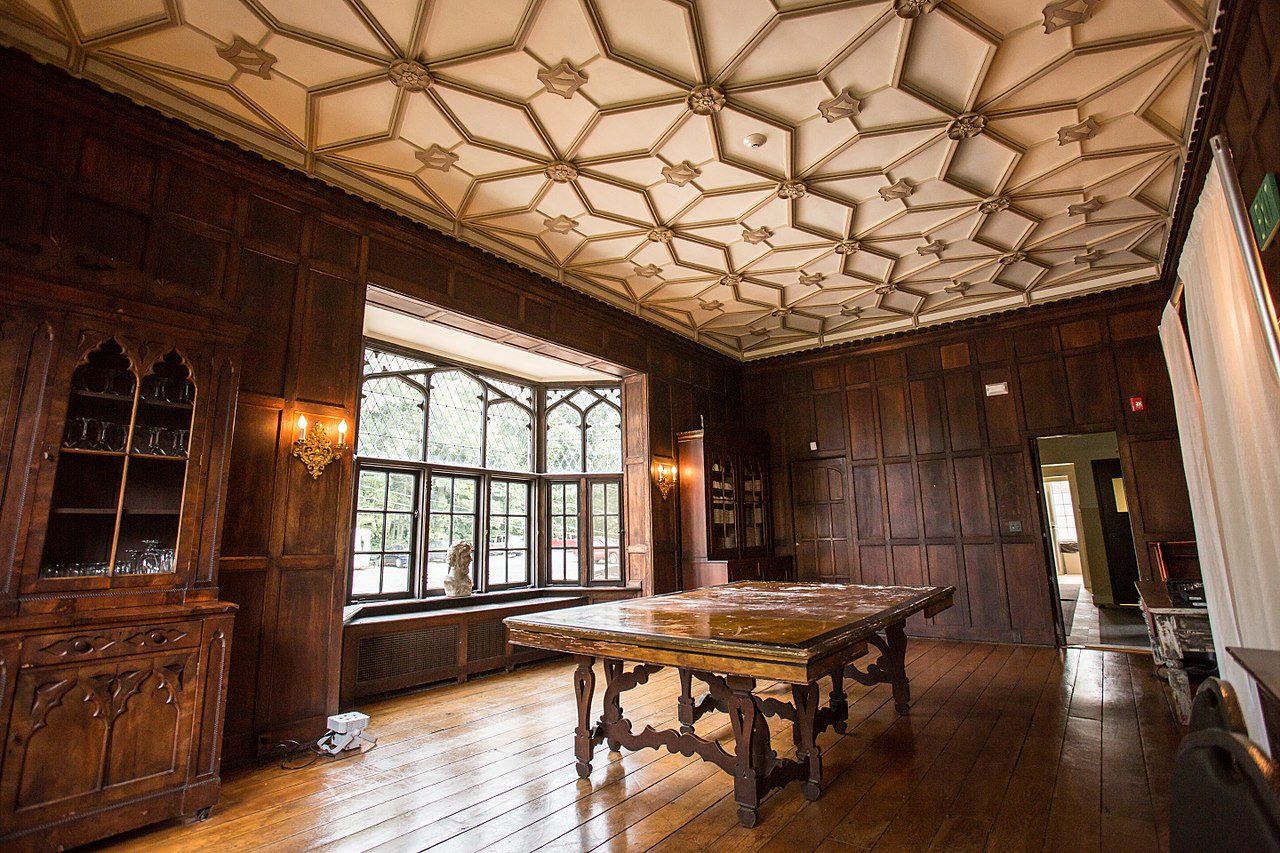 Moses Fowler was born in Ohio in 1815. He moved to Lafayette in 1839 with business partner John Purdue, the man for whom Purdue University is named. They remained partners in the mercantile business for a number of years before parting ways. Moses bought cheap unfarmable land for cattle ranching and eventually became a "Prairie Cattle King." He also invested in wholesale supply, railroading, and banking. These ventures made one of the wealthiest in the state, amassing a fortune of $3 million dollars (equaling $70 million today).

Moses died in 1889 but his wife continued to live in the house until 1902 when she passed away. Their grandson inherited the house and he and his wife Louise raised a family there. They were known to throw great parties during which alcohol flowed freely despite Prohibition laws.

By 1940, their children were adults and did not want to live in the house. They sold it to the Tippecanoe County Historical Association which used it for offices, storing collections, and as a museum. Decreasing attendance forced the museum to close and the Association decided to sell the house in 2014. Fortunately, locals Matt and Dr. Ann Jonkman founded 1852 Foundation and bought the house to preserve and continue to operate it as an event venue.