Built in 1871 for the Bailey family in Evanston, Illinois, the Michelet family purchased the house in 1896 and had it moved to its current Wilmette location. The Baileys represented many of the larger historical stories occurring during the 19th century. William developed a successful meatpacking plant in Chicago after the Civil war -- a booming industry in Chicago at the time. Meanwhile, Nancy was an Irish immigrant who worked as a housekeeper -- a common story of Irish immigrant women during the era. Charles Michelet helped the Bailey children with a disputed will after Nancy and William died, and the children forgave all his payments due for the historic house, which he had purchased from Nancy in 1896.

Bailey-Michelet House in Wilmette. Originally built in 1871, the home was moved to this location in 1896. 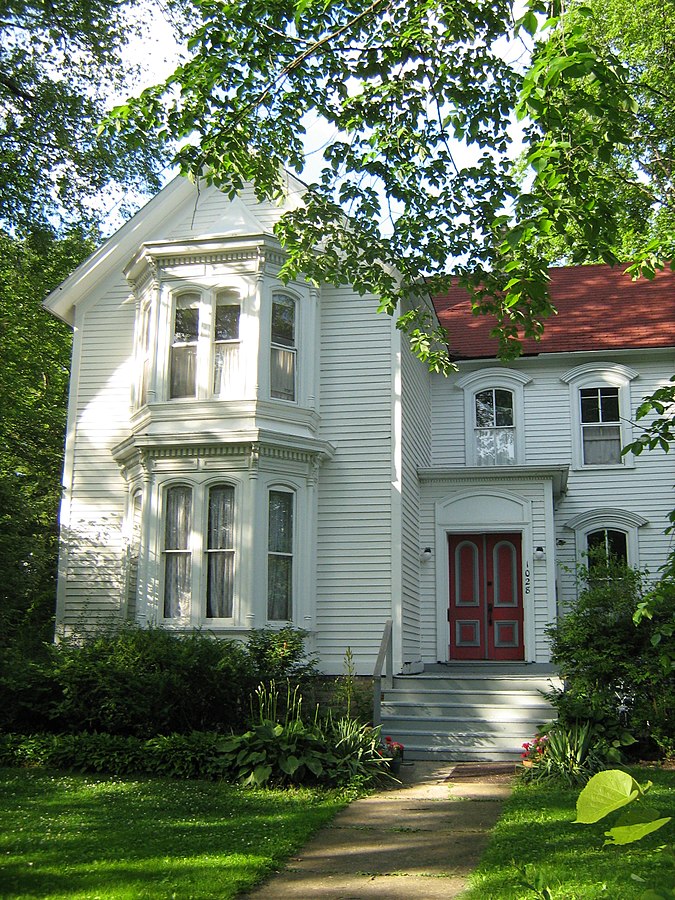 Wide View of Bailey-Michelet House in Wilmette. Originally built in 1871, the home was moved to this location in 1896. 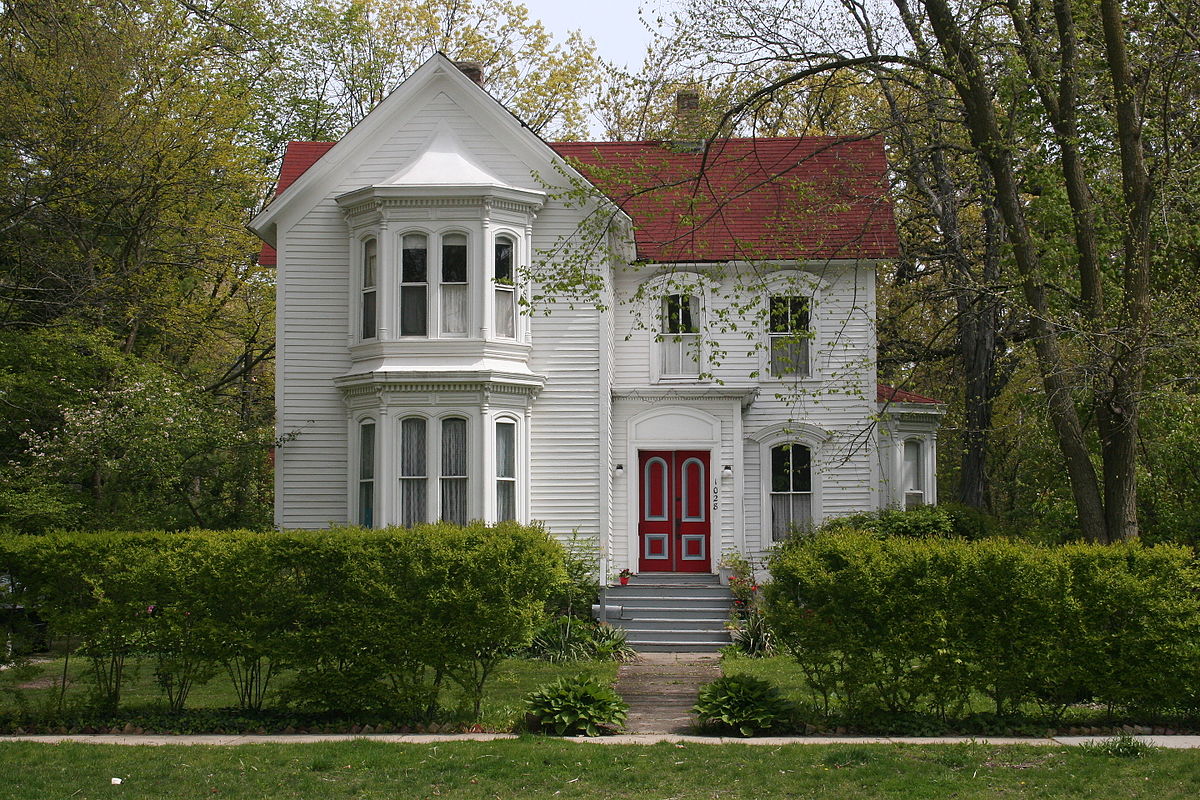 Constructed in 1871, the Italianate-style Bailey–Michelet House moved from the original Evanston location to its current spot in 1896 when Charles Jules Michelet purchased the house from Evanston meatpacking businessman William Roberts Bailey and his wife, Nancy. Several generations of Michelet lived in the house.
William Roberts Bailey moved to Evanston shortly before serving with the 8th Regiment Illinois Volunteer Cavalry during the Civil War. After the war, he founded a meat-packing business that rapidly grew successful -- resembling the overall success of Chicago-area meatpacking in the latter part of the 19th century, as well as the changing nature of American diets and the effect the railroads played in that change.  Bailey played an active role in developing what is now Chicago's north-shore suburbs, assuring they remain residential and recreational. He also served as first Fire Marshall of Evanston.  However, he died suddenly in 1890 at the young age of 46.
The Nancy Bailey story is similar to many Irish Immigrants during the late 19th century -- more Irish women moved to the U.S. than Irish men, and many of them worked as maids and house managers. At the age of twenty, Nancy arrived in the U.S. in 1861, not long after the Great Famine and during the start of the U.S. Civil War. Nancy managed the household of former Illinois governor and Northwestern University co-founder, John Evans.
When William died, Nancy inherited his estate, valued at $150,000, which equates to $3,737,548.97 in 2018.  Unfortunately, Nancy Bailey died in 1896 while on a voyage to Ireland. Shortly before her death, though, she had sold the family house to Charles Jules Michelet, who subsequently moved it to the present site.
Michelet practiced law in Wilmette and the brother-in-law of President of the Illinois Senate Walter Warder. He handled a case between Nancy's heirs and Chicago jeweler Charles Tuffel, who had -- it was ruled -- forced Nancy to sign her will under duress. Thus, instead of the Tuffel obtaining the rights to Nancy's estate, it went to her children. The Baily children rewarded Michelet for his work by waiving the rest of money he owed on the now-historic house. Later, Michelet's son, Charles J. Michelet, a research engineer, inherited the house followed by two succeeding generations of the Michelet family.

Mulford, Herbert B. Wilmette and the Suburban Whirl : A Series of Historical Sketches of Life in the Suburb from the Turn of the Century. Wilmette, IL: Wilmette Public Library, 1956. https://archive.org/details/wilmettesuburban00mulf