Founded in 1941, the Museum of Contemporary Art San Diego's mission is to preserve, collect, and interpret art created since 1950. It has two branches, one in La Jolla and the other in downtown San Diego. The museum contains a collection of 4,700 works consisting of paintings, photographs, video, installations, sculpture, and works on paper. It is strong in minimalism and pop art from the 1960s to today, installation art, and from California and the San Diego/Tijuana region. In addition to its collection, the museum offers a wide variety of educational and public programming for visitors of all ages. As of 2018, the La Jolla location is undergoing a major expansion project and is closed.

The La Jolla branch was originally the home of Ellen Browning Scripps.

The downtown branch is located in the baggage room of the former Santa Fe Depot. 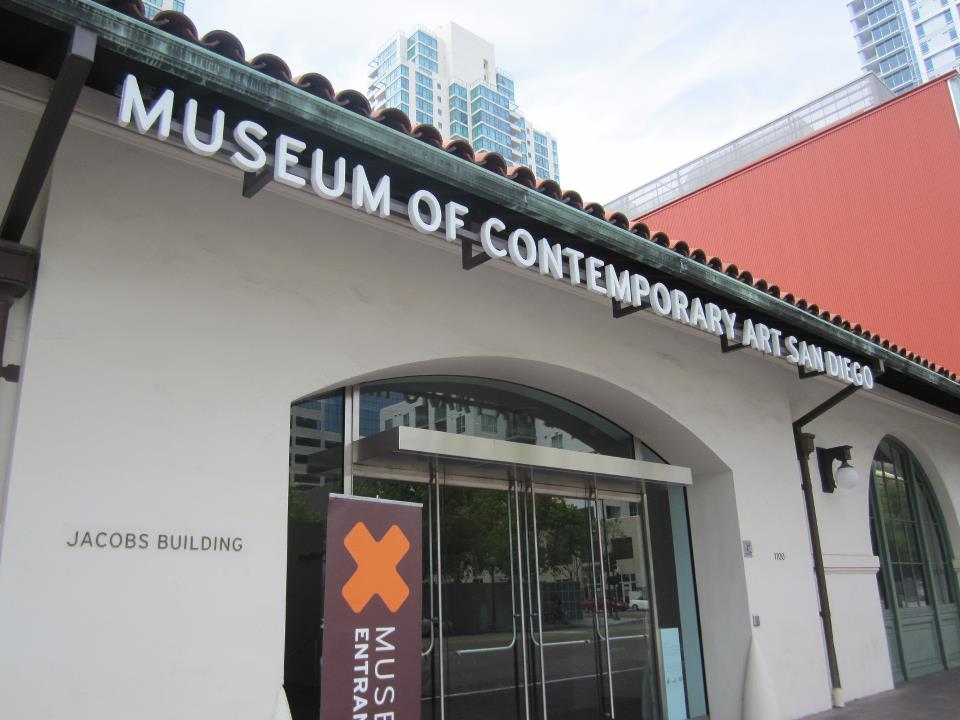 Built in 1916 as the home of philanthropist Ellen Browning Scripps, the La Jolla branch is the museum's first location. The museum was originally called The Art Center in La Jolla but eventually adopted its current name in the 1990s. The museum opened the downtown branch in 1993 in the former Santa Fe Depot baggage building.