Museum of Art and Design (MOAD) at Miami Dade College

The Museum of Art and Design (MOAD) dates back to 2005 with the creation of exhibits within downtown Miami's historic Freedom Tower. Thanks to the support of college personnel and local philanthropic organizations, Miami Dade College expanded the collection and established a formal museum in August 2012. The museum reopened in the spring of 2018 following renovations that included the creation of additional gallery space. From offering a space for students and local artists to the formal creation of MOAD, the museum has become Miami Dade College's leading institution dedicated to the presentation and exhibition of visual art and design. With a growing collection of nearly two thousand works and more than 17,000 square feet of exhibition space, this museum is becoming known within and beyond the Miami art community for exhibitions by emerging artists as well as major figures in modern, postmodern and contemporary art. The institution is also known for its efforts to support artists who explore the intersection of design and social issues relevant to Miami, including race, immigration, and inclusion.

The museum is located within Miami's Freedom Tower, constructed in 1925 and designated as a National Historic Landmark in 2008. 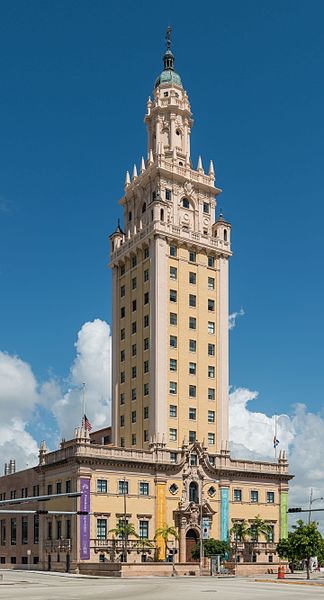 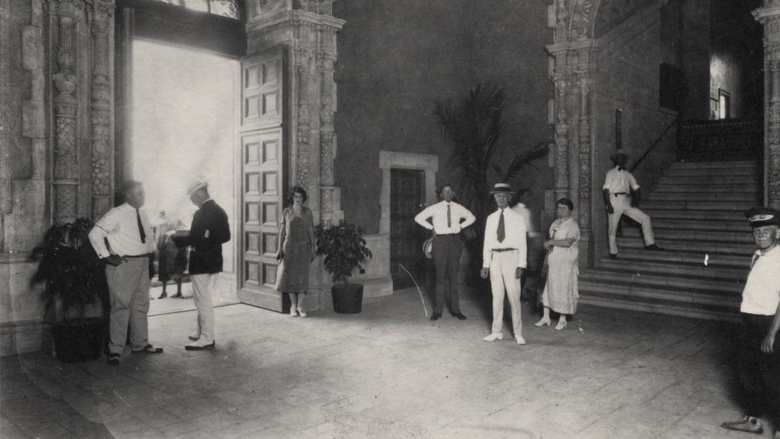 The Miami News facilities as seen in the 1940s. 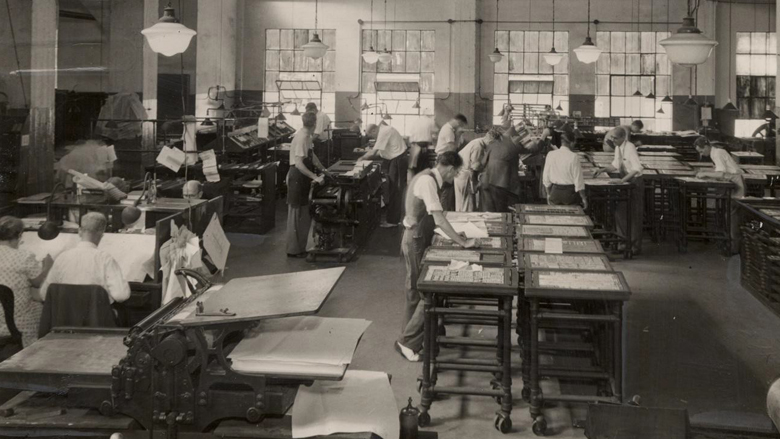 The New World Mural, which was faithfully copied from an original 1925 tapestry that could not be saved.

The Museum of Art and Design (MOAD) at Miami Dade College grew out of several disparate collections and programs. In 2005, the Freedom Tower was chosen as a location for organizations such as Miami Book Fair International, The Center for Literature and Theatre, Miami International Film Festival, the Cuban Cinema Series, MDC Live Arts, Prometeo Theatre, and the Miami International Sculpture Park to collaborate on artistic pursuits. This led to the establishment of offices and venue spaces in the Tower. MOAD was officially recognized as a museum in 2012.

Constructed in 1925 as a home for The Miami News, the Freedom Tower was modeled after the Giralda Cathedral Bell Tower in Seville, Spain. After the news agency moved buildings in 1957, the Tower was operated by the U.S. government as a reception center for Cuban refugees from 1962 to 1974. This led to the structure being dubbed, “The Ellis Island of the South.” The building is significant because it represents the story of the Cuban migration to America and resettlement during the Cold War. During a restoration of the Freedom Tower in 1987, remnants of a tapestry from 1925-1926 were discovered. The textile – which depicts Ponce de Leon and the Tequesta chief meeting before maps of the new and old worlds – was commissioned when the building was first constructed. Additionally, the tapestry includes a poem created by poet laureate Edwin Markham, famous for writing the Lincoln Memorial address. Unfortunately, the tapestry was beyond conservation efforts, so a new replica mural was created by a group known as the Miami Artisans. The Freedom Tower remains one of South Florida's most distinctive historic buildings and was designated a National Historic Landmark in 2008.

The Miami Dade College (MDC) Permanent Collection contains over 1,900 works in all mediums and genres, including painting, sculpture, works on paper, photography, video, film, installation and public sculpture. The collection was established in the 1960s at the individual campuses, with the first formal institution of a "collection" at MDC North Campus. MDC's Permanent Collection is known for works by emerging artists, under recognized artists, as well as major figures in the modern, postmodern, and contemporary art. Among the greatest strengths in the collection are pieces within movements of Minimalism, Pop Art of the 1960s and 1970s, Conceptual Art, and Contemporary Latin American Artists.

In May 2018, the main floor of MOAD reopened following extensive renovations and the creation of a pair of companion galleries. The long-established Cuban Exile Experience and Cultural Legacy Gallery debuted an improved and expanded permanent exhibition, including new immersive elements. Another permanent gallery exhibits pieces from the renowned Kislak Collection of artifacts, books and historic documents from the early Americas. The Kislak Collection includes objects from as early as the Classical Mayan Period (second through fourth centuries CE) to objects surrounding early Spanish influence in the New World (sixteenth century).

MOAD provides open, critical, and collaborative frameworks for artistic experimentation and interdisciplinary risk-taking that explores the intersections of art, design, and other art forms with cultural action. It also provides its patrons and visitors access to unique cultural, historical and educational exhibitions that enrich the greater community while building and preserving an expansive permanent art collection, Freedom Tower archives, and newly established design collection. The Museum advances Miami Dade College’s core values, contributing to the intellectual life of the college, engaging students and audiences from the community and the world beyond.

Viglucci, Andres. One of Miami's best kept secrets is this museum — and it's ready to break out. Miami Herald. April 06, 2018. Accessed November 4, 2020. http://www.miamiherald.com/news/local/community/miami-dade/downtown-miami/article208122879.html.