Named after philanthropist Jack H. Skirball (1896-1985), the Skirball Cultural Center is dedicated to preserving Jewish heritage, fostering democratic ideals, and bringing people of all backgrounds together to help build a more equitable society. To this end, the Center offers a wide variety of programming such as musical and theatrical performances, film showings, public tours, literary events, classes, and family programs. The Center also features a museum that explores Jewish history from ancient times to the present. It is one of the oldest museums dedicated to Jewish history in the country, holding a large collection of 25,000 objects and art related to Jewish daily life, customs, and values. The Center opened in 1996. 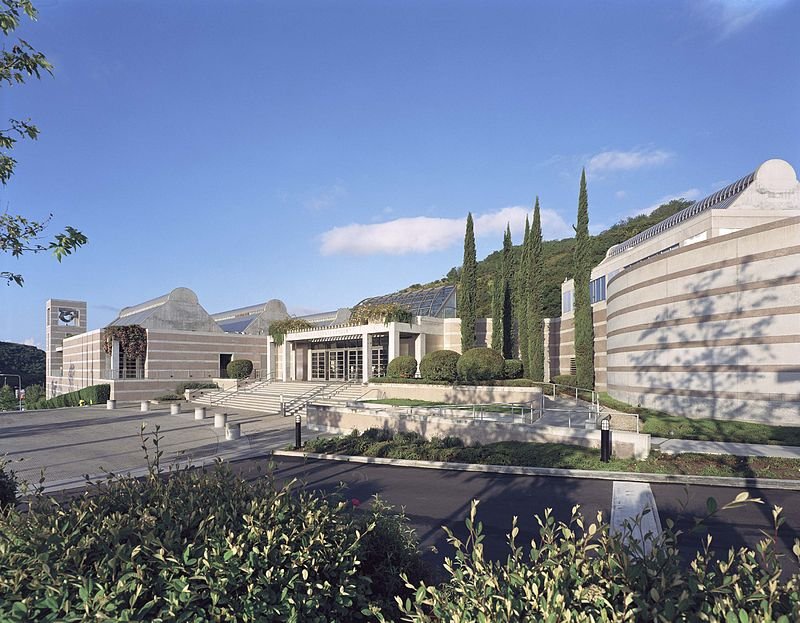 Jack H. Skirball was born in Pennsylvania in 1896. He became a rabbi and for a time served in Evansville, Indiana. In 1933, Skirball became the manager of Educational Films Corporation, which made advances in audiovisual education. Under his leadership, the company produced a groundbreaking film called "Birth of a Baby," which was the first movie to show a baby being born. In the 1950s, got involved in real estate.  He also remained active in the Jewish community, supporting the Reform movement (he no longer served as a rabbi), establishing new congregations, and donated funds to Hebrew Union College-Jewish Institute of Religion (in Los Angeles), which established the museum in 1972. Skirball and his wife donated money to help establish the Center in the early 1980s and the museum relocated here.

"About the Collections." Skirball Cultural Center. Accessed May 7, 2018.  https://www.skirball.org/exhibitions/collections.