Opened in 2008, the Grammy Museum at L.A. Live is dedicated to history, significance, and preservation of all forms of music, from classical to hip-hop. A particular emphasis is paid to those artists who have won Grammy Awards. The museum features permanent, traveling and interactive exhibits that explore music's impact on the world as well as the technology that has helped (and continues) to shape music to where it is today. On display include a wide range of memorabilia, photographs, and clothing worn by Grammy winners. The museum also features a 200-seat theater that hosts live performances and lectures. Other programming includes seminars, classes, film screenings, and free public programs with artists.

The Grammy Museum at L.A. Live opened in 2008. It is open just up the street from the Staples Center. 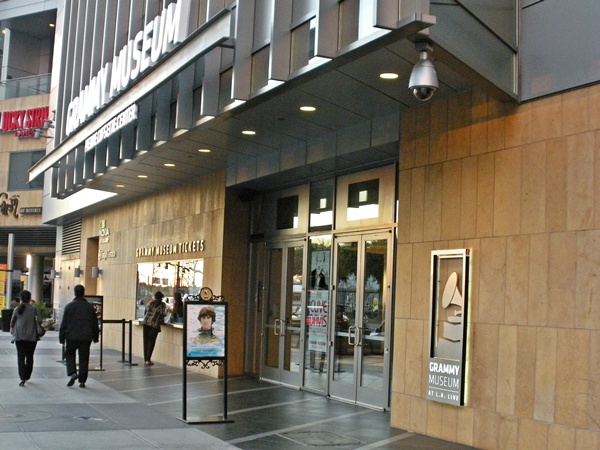