Founded in 1994, the Petersen Automotive Museum is one of the world's largest car museums, featuring over a 100 cars on display and many more located in a storage area in the basement called the Vault. Publisher Robert Petersen and his wife, Margie, donated funds and led the effort to create the museum, which is housed in a former department store that was built in 1962. The museum offers changing and permanent exhibits that explore the development of the automobile and its effect on Southern Californian and American culture. Visitors will also learn about how cars work, create their own virtual cars (by painting and personalizing them in interactive exhibits), and try racing simulators.

The Petersen Automotive Museum opened in 1994. It is one of the largest car museums in the world.

The museum is located in a former department store built in 1962. The building retained this appearance until 2015. 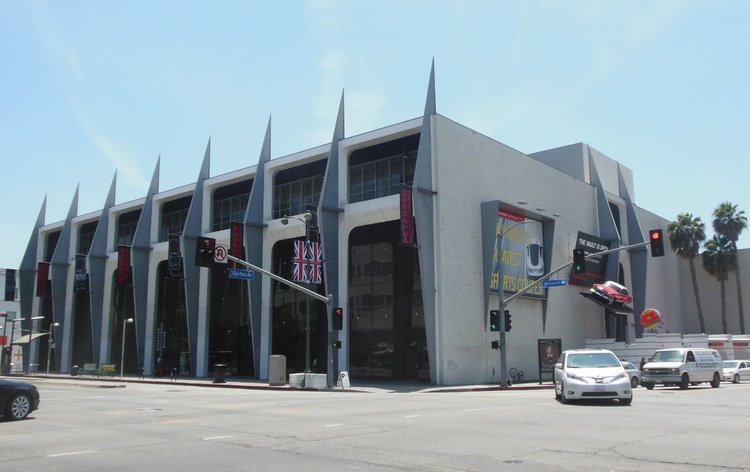 The museum features over 100 cars on display and houses many more in the Vault, a storage area in the basement, which visitors can tour. 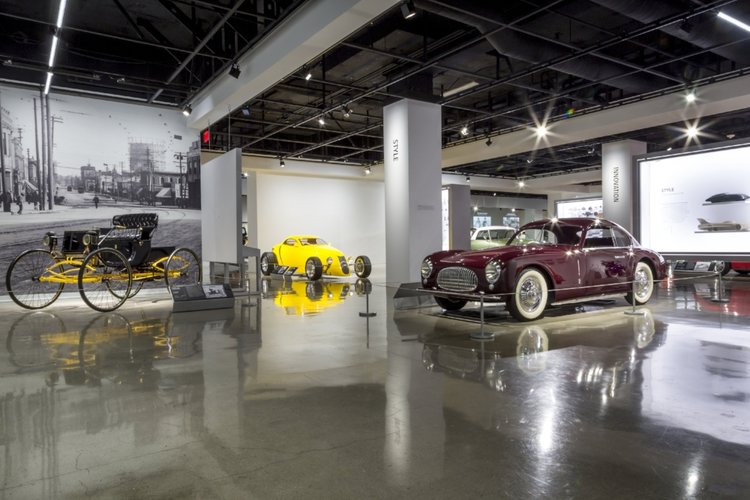 Robert Petersen was looking for a headquarters to consolidate his publishing company and thought the department store building was a good choice. However, upon inspecting the building he realized it would be a great place a for a car museum, given its lack of windows. The museum opened in June 1994. It underwent extensive renovation in 2015, giving it its unique facade that evokes speed and emotion, two sentiments often associated with cars.