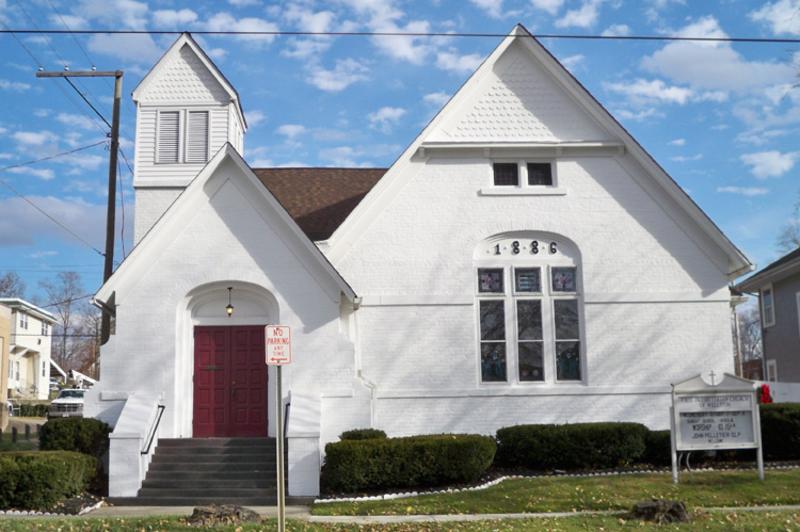 Wellston was founded by Harvey Wells in 1876. Wells hoped to use the rich coal and iron deposits that were prevalent throughout the county to create a rich and prospers industrial center. Established churches were slow in the making in Wellston in the early days of its development, when the community was chiefly concerned with industriousness. At the time of Wellston's official founding, the local Presbyterians were already part of a circuit (a route that circuit preachers would travel so that they could serve communities that did not have a resident preacher). In 1885, Reverend George W. Carpenter came from Chillicothe, Ohio to serve as Wellston's live-in preacher. At this time, the congregation was meeting at the local Masonic lodge, but after a fire damaged the building, plans were made for an established church.

The first site selected for the church was on the corner of Pennsylvania Avenue and Second Street. On March 13, 1886, the lot was sold to Henry Phillips, and two days later the lot was given to the congregation. However, a second lot was acquired by the congregation which is the present location of the church. The first lot was sold after it was determined that the site was too narrow for a church to be built on it.

The original structure consisted of the auditorium and not much else, but the congregation continued to grow, and soon more space was need. In 1905, a motion was approved to rebuild the church, but at that time the coal industry in Wellston was deteriorating and the effect on the city's economy was detrimental. The plan was shelved and what money had already been donated was returned. In 1909, a ladies classroom was added to the structure at a cost of 400 dollars. Later, in 1921, a men's classroom was also added to the structure. In 1952, renovations were done on the church. The basement was enlarged, a gas heating system was installed, the floors in the auditorium and kitchen were replaced, the roof was replaced, the steeple was replaced by a belfry, and the church was painted.