This symmetrical church was built in the Classical Revival style in 1918. Its construction cost $17,500. It has a monumental front facade (facing west), a gabled roof, and a metal dome with a skylight. Its Classical and Greek Revival elements are fairly characteristic for the time period; between the 1890s and 1920s, Classical architecture enjoyed great popularity in the United States. Nevertheless, this church is the only remaining example of a Classical Revival church in and around Sallisaw. 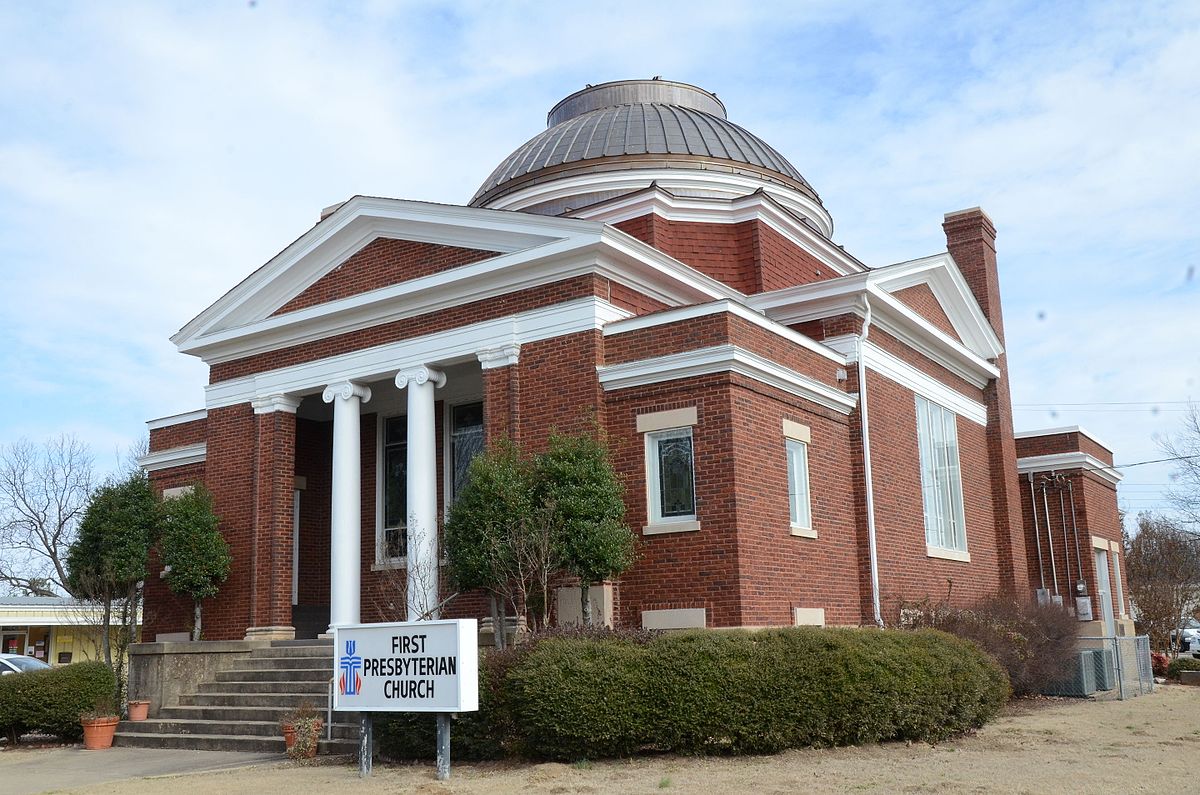 Incorporated in 1898, the Town of Sallisaw grew considerably over the next decades. The town acquired electricity around 1908. New residents arrived on trains, and new schools, homes, and other essential buildings were constructed to accommodate them. The Sequoyah County Courthouse was built in 1913-1914 in the Classical Revival style.

Railroads provided vital transportation, but roads were also growing in importance from around 1915 on. The Albert Pike Highway connected Sallisaw to Colorado Springs, CO to the north and Hot Springs, AR to the south.

A number of churches offered services to Sallisaw's population during this time, including the First Baptist Church, the First Christian Church, and the First Presbyterian Church found here.

It holds an important, well respected, place in the history and development of Sallisaw as its best example of intact Classical Revival architecture. It is unique, well maintained with an outstanding location and setting. Its precision crafted elements, stained glass windows and dome, artistic aesthetics, religious feeling and its magnificent, majestic stature bestow upon all who view or enter it, reverence, solitude and respect for its purpose, place, and pride in the artisans and craftsmen of early 20th Century Sallisaw (p. 19).