Williamsburg, originally known as "Middle Plantation", was settled in 1630 by colonists. In 1699 the capitol was moved from Jamestown to Williamsburg. Williamsburg remained the capitol until 1780, where legislature decided to move to Richmond, a more defensible position. In 1862 the town saw an enormous battle. Previously retained by the Confederate Army, the Union took hold of the city and held it until the end of the Civil War. Williamsburg continues to celebrate its rich historical traditions. 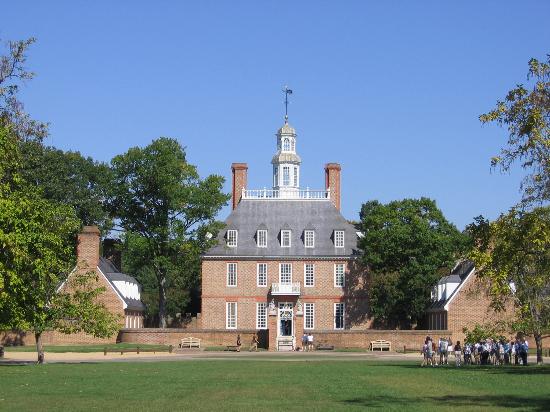 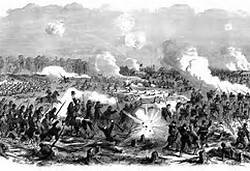 Williamsburg was originally known as Middle Plantation. In the 1630s the settlement that developed into Williamsburg was developed by colonists seeking to escape the marshy confines of Jamestown. In 1693 the Royal Charter was granted to the college of William and Mary and the burning of the State House in Jamestown led the government to move the capital to Williamsburg in 1699. Until 1780 Williamsburg was the capital of Virginia.
In the 18th century Williamsburg expanded to inclode the Governor's Palace, the college and various taverns, small inns and businesses. These places all catered to the legislature when they met. Those who founded the United States- George Washington, Thomas Jefferson, and Patrick Henry - strolled the streets and debated the issues that lead to the decision to declare independence. In 1780, Thomas Jefferson, Virginia's Governor decided to move the capital to Richmond. Richmond was above the fall line and out of reach of British warships. Because of the lackk of excitement of Publick Times, Williamsburg entered a slow decline and as the colonial age departed, the memories remained.
During the civil war the north and south armies met at the Battle of Williamsburg. Nearly 41,000 Federals and 32,000 Confederates were engaged in the first battle of the Peninsula Campaign. Hooker's division encountered the Confederate rearguard near Williamsburg after following up the Confederate retreat from Yorktown. Union troops burned the college and occupied the city for the duration of the war. After the war, Williamsburg remained intact, and battered, but still proud.